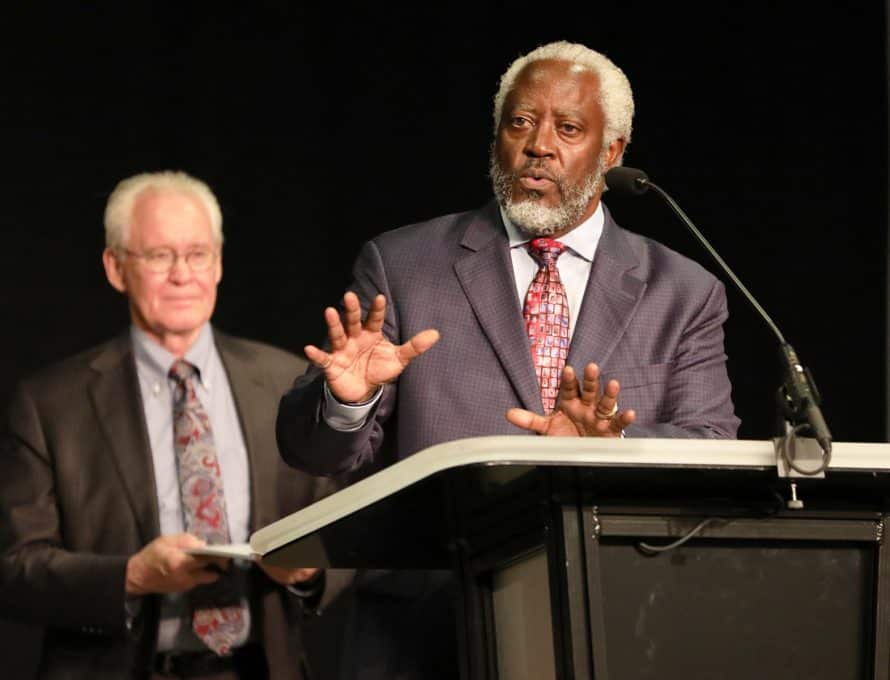 EC member Melissa Golden’s motion, which replaced the original one submitted by EC officers, authorizes a budget of up to $1.6 million – funded through the Cooperative Program – for the investigation. It also requests that the SBC’s Sex Abuse Task Force and EC officers agree on a contract with Guidepost within seven days “without waiving attorney-client privilege at this time.”

The motion continues by urging the Executive Committee toward “negotiating legal means of accomplishing the goal of a public internal investigation” and submitting that agreement to the EC, Task Force and Guidepost by Sept. 28. A final stipulation of the motion determined that “at this point, attorney-client privilege is not yet being waived but is being fleshed out through negotiation.”

This final motion was approved after hours of discussion regarding a motion proposed by EC officers. The issue of attorney-client privilege was absent from the EC officers’ original motion, leading to immediate questioning by EC members and a vote to allow Bruce Frank, chair of the Sexual Abuse Task Force, to give his input.

“We have not what I would call substantive progress toward following of the messengers. I would not encourage you to vote for (the officers’ original) motion,” Frank said.

Frank’s comments led to hours of debate among EC members as well as input from himself and Julie Wood, chief executive officer of Guidepost Solutions.

About two hours into the meeting, EC President and CEO Ronnie Floyd addressed the members, pledging a desire to root out past sin toward sexual abuse survivors while meeting the full slate of responsibilities of his role.

“We have been working since the Monday after [the Annual Meeting] on a continual basis on how we can accomplish the will of the messengers within the confines of legality and polity,” he said.

“… I also want to make it clear to the survivors and the rest of you – we will do what’s right and just! No one is fighting that. No one wants to fight that. We want all evil exposed. But we also want to do it in a way that is right, proper, decent and in order. We made that clear since Day 1.”

Jared Wellman, pastor of Tate Springs Baptist Church in Arlington, Texas, offered a replacement motion that explicitly waived attorney-client privilege, only limited by the scope of the investigation as approved by the messengers. However, EC member Guy Fredrick, a bivocational pastor from Sheboygan, Wisc., responded that it isn’t legally possible for the EC to limit the scope of waiving attorney-client privilege in this manner. “A waiver of privilege is a complete waiver of privilege, from start to end,” he said. EC members voted Wellman’s motion down by a count of 20 for the motion, 55 against.

Then, in making her motion, Golden identified three “sticking points” she had observed during discussions and offered an amendment to “meet in the middle.” The first was pausing the debate on attorney-client privilege. The second identified concerns over the taking on of liability for others. The third point involved concerns over budget oversight.

Debate revolved around how the Executive Committee could maintain its fiduciary responsibilities while following the will of SBC messengers who called for a third-party investigation at June’s annual meeting. The scope of the proposed investigation would include allegations of abuse, mishandling of abuse, mistreatment of victims, a pattern of intimidation of victims or advocates and resistance to sexual abuse reform initiatives.

In the proposed investigation, actions and decisions of Executive Committee staff and members from Jan. 1, 2000 to June 14, 2021, will also be taken into account, as will an audit of the procedures and actions of the Credentials Committee, repurposed at the 2018 SBC Annual Meeting and commissioned with looking into claims of abuse.

Some EC members felt that waiving attorney client privilege was necessary in order for the committee to be faithful to the request of SBC messengers, as well as to be responsive to the concerns of abuse survivors. Other EC members were concerned that waiving attorney client privilege could open up the SBC to unintended and harmful consequences, such as innumerable lawsuits and making the SBC uninsurable; however, they too expressed a desire to find a way forward, in order to follow the recommendations of SBC messengers and care for abuse survivors.

In an impromptu address that propelled members to a final discussion and vote, EC Chairman Rolland Slade urged those in the room “to allow us as officers to continue to work with the task force. Give us a reasonable amount of time so we can bring a reasonable agreement so we can move this forward.”

“We won’t have a chance to do this again,” said Slade. “As the leading entity of the Southern Baptist Convention, we’re sending a message to the other entities. And even beyond that, we’re sending a message to the churches that make up the Southern Baptist Convention that they ought to do the same thing – examine where they’ve been, what they’re doing, and expose anything they’ve been covering up for the good of the children, women and men who have been hurt and abused through the years.”

The full text of the motion approved by EC members follows:

“Resolved that the SBC Executive Committee authorizes funding the Guidepost Solutions budget of $1.6 million from the source identified in the motion—through funds provided by the Cooperative Program—and requests the Task Force and EC officers to agree on a contract in 7 days without waiving complete attorney-client privilege at this time; and be it further

“Resolved that the SBC Executive Committee continue negotiating legal means of accomplishing the goal of a public internal investigation and submit this agreement to the Executive Committee, Task Force, and Guidepost, by September 28, 2021; and be it finally

“Resolved that, at this point, attorney-client privilege is not yet being waived but is being fleshed out through negotiation.”