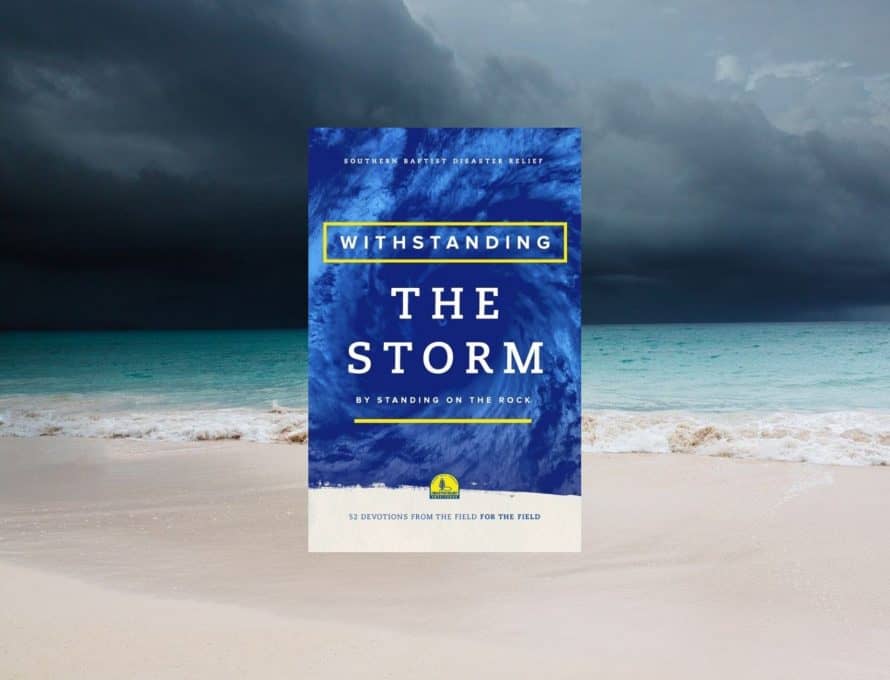 GRAPEVINE, Texas – A book has been released by the Southern Baptists of Texas Convention which is intended to be a devotional guide for SBC Disaster Relief workers.

The book, called Withstanding the Storm by Standing on the Rock, contains 52 devotionals written by state Baptist Disaster Relief (DR) directors.  Gaylon Moss, the MBC DR director is one of the contributors.

Moss reported that Scottie Stice from Southern Baptists of Texas DR office had the initial idea to write the devotional book.  He collaborated with other SBC DR directors around the country to compile the 52 articles

The intent was to encourage DR workers in their faith and work.  Moss said, “There is nothing like God’s Word to remind us of who and what is important.”

Each article has a Scripture, a central point, a story or illustration of the point from the state director’s point of view and a suggested prayer.

Moss introduced the book to a meeting of Blue Hat (team leaders) in Jefferson City last month and said, “It could be used with groups as a seed for a group devotion, by chaplains and by individual DR workers.”

It is available from the Southern Baptists of Texas Convention for $4.00 plus shipping.  Contact them at their resource webpage: www.sbtexas.com/resources/#products.