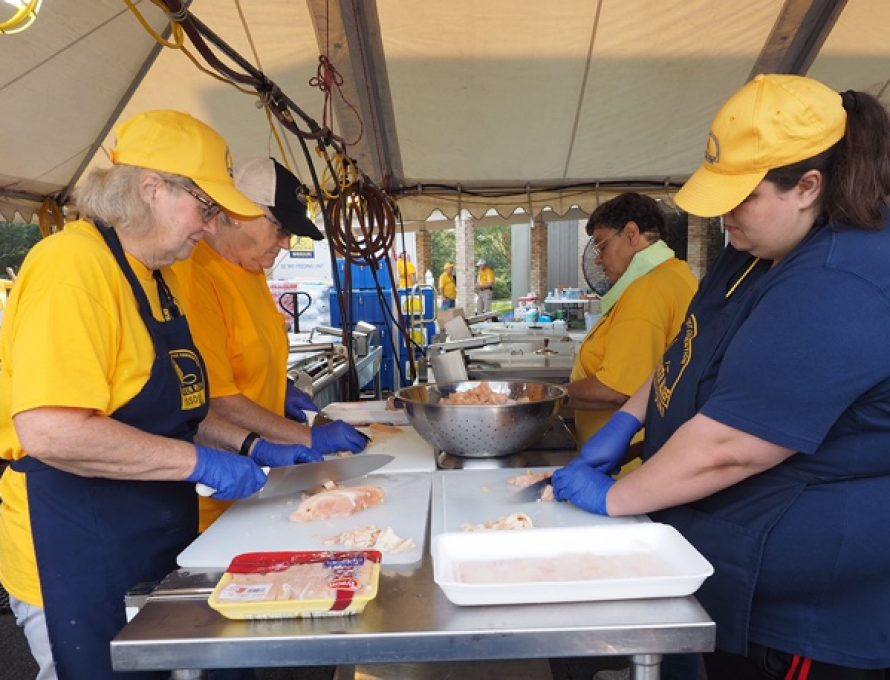 MANDEVILLE, La. – An initial team of MBC disaster relief (DR) workers has arrived in this southern Louisiana city where Hurricane Ida swept through in the region on August 29.  The category 4 hurricane left a lot of damage in its wake and the initial reports from MBC DR assessors was there will be several weeks of flood relief and chain saw recovery efforts.

Wesley Hammond is serving as the incident commander in this DR call-out.  He is the pastor of First Baptist Church, Paris.  Hammond reported to The Pathway that Mandeville is on the north shore of Lake Pontchartrain and is about 35 miles north of New Orleans.

He said as they were driving in to the city they could not see much because of the trees that were down on both sides of the freeway.  He said he thought there were about 13,000 people in the community.  The team left Missouri on Monday, August 30 and stayed overnight in Beech St. Baptist Church, Texarkana, Arkansas where they staged until the hurricane passed on through.  They then moved down to Mandeville, arriving August 31.

There is no power in Mandeville where the team has set up in First Baptist Church. The MBC volunteers have brought electrical generators with them and have restored limited power to a couple of parts of the church building. DR chaplain, Randy Riddell, who is from the Branson area said he was staying in the part of the church that had not yet received power and asked how he was, he said “Hot!”  He said it is very humid there.

Hammond said they are working with a local Christian food bank there and are trying to get generator power hooked up to a walk in freezer there in order to save much of the food that is currently frozen but will thaw soon.  A DR group from Illinois Baptist State Association was providing that generator.

The volunteers report that most of the businesses in Mandeville are closed due to no power.  Hammond said they saw dozens of electrical bucket trucks lined up in the parking lot of a strip mall getting ready to go to work on the downed power lines all over the town.

As of Wednesday evening, September 1, the team had unpacked a mobile feeding unit and were preparing to serve 500 meals to the community.  This was just after arriving in the town less than 24 hours earlier.

Hammond said “Our team is excellent.  We are enjoying good support from the community. Some of the city council and other local officials, including the town mayor, have stopped by and offered help and coordinated with us.  The DR team is currently doing “intake” work with the community and receiving requests for work on downed trees and flooded homes. The pastor of the church is helping them sort out the work orders.

MBC disaster relief director, Gaylon Moss said in an e-mail to MBC DR workers that the Missouri teams will be needed in Louisiana for several weeks following the initial entry into the disaster area.   He said he is “praising the Lord for providing the resources needed to make this response happen.”

Those who are trained and certified in disaster relief may be expecting e-mails calling for volunteers be mobilized to go with units to Louisiana in the coming weeks. To learn more about MBC Disaster Relief, check the website at www.mobaptist.org/dr.