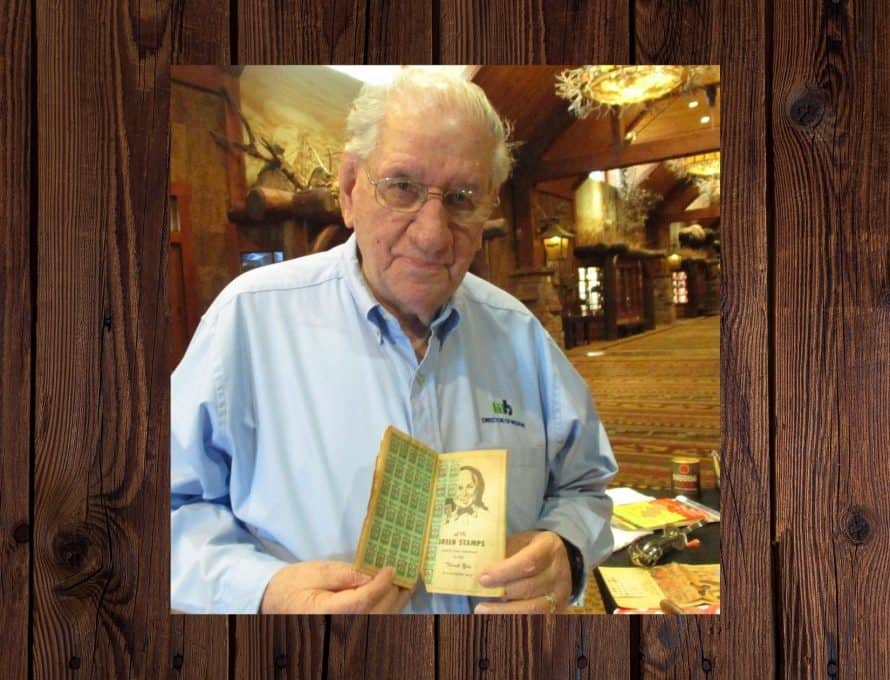 BUFFALO – Russell Adams, 95, was the oldest Director of Missions in Missouri. He died earlier this month.

BUFFALO – At age 95, Russell Adams is the oldest director of missions (DOM) currently serving in Missouri.  He has served the Dallas Baptist Association in Buffalo since 2000.

Recently a card shower for him was promoted, and he received birthday cards from Missouri Baptists all over the state including one from a lady in a church he had served as pastor many years ago.  She said she and her three sons had been saved and baptized by him when he was their pastor.

Adams was born June 27, 1926, in Garden City, Oklahoma. However his family moved to northeast Missouri to the town of Clarence, and he grew up there.

He went into the U.S. Army and served seven years in the Philippines, Germany, Texas, Washington State and in Korea. He was part of an Army engineers group who built portable bridges used to span rivers for a temporary time period.

After the Korean War he married his first wife, Marcella, who lived in Hannibal.  They moved to Lockport, Ill., where he worked in a General Motors auto plant.  They adopted two children there in the late 1950s and early 60s.

It was during this time that Marcella began feeling a need to return to church and not be inactive.  Mr. Adams was not a believer in Christ.  But Marcella would invite him to attend the Lockport Baptist Church. He worked the second shift and would always decline the invitation to attend with her. But she left a gospel tract by his chair, and he read it and decided he needed to be saved and receive Jesus into his life in 1960.

They both became active in church.  Initially their volunteer roles were to take their car and go pick up people to come to church with them.  Later he was elected church treasurer, and she was the church clerk.

In 1963, Adams surrendered to preach the gospel.  They owned a little house in Lockport, which they sold and used the money to move to Hannibal. He completed an associates degree from Hannibal-LaGrange College (now University). He pastored churches in Vandalia and Ewing in northern Missouri during this time.

After graduating from HLG in 1965 he moved to Kirksville to finish a bachelor’s degree at Kirksville State Teacher’s College (now Truman State University).

In 1978 Marcella passed away with cancer while  he was serving at Harmony Heights Baptist, Joplin. Adams said, “They really took care of us.  We had meals delivered to us while she was sick and after she passed away.”

They got acquainted and were married.  She has a son who now lives in Webb City, Missouri.

Along the way, as Adams served in churches, he continued to take “home study courses” through Bible institutes and seminaries, and he has earned two theology degrees:  Doctor of Divinity from International Bible Institute, Plymouth Fla., in 1988; and a Doctor of Ministry degree from Faith Baptist College and Seminary in Anderson, S.C., in 1999.

In 2000 Russell and Susie were preparing to retire.  He resigned the church at Fair Play, Mo., and they moved to Buffalo. They didn’t know anyone there, but a realtor helped them find a home and a bank financed it for them. A friend in ministry, Pastor Otis Divine, FBC Monett, urged him to allow his name to be presented as a candidate for the DOM position in Dallas County Association, Buffalo.

Russell agreed to the committee’s invitation to serve, but he said he would only serve 3 years.  Later he had a change of heart and agreed to serve for another few years. But 21 years later, he’s still serving in a part-time role.

He says, “I never did understand why God has kept me here.  It’s not my business. It’s God’s business.” He’s been in ministry 61 years.  “When I got saved, I just started preaching,” he said.

There are 13 churches in the association.  Many of them are smaller churches.  He helps the Elkland Baptist Church with a Wednesday evening Bible study.  The Elkland church held a surprise birthday party for  him in late June after a worship service.

He is available to preach in the churches in the association.  At age 95 he feels the Lord still has plenty for him to do. He walks for 15 minutes every at the local grocery store.

“Most of the people in Buffalo know me,” he said.  He stops and visits and shares Christ with everyone that will talk with him.  “God gave me that conviction to witness to every person I meet,” he added.

He preaches most Sunday evenings in one of the association churches and leads the churches to be busy for Christ in their mission fields.