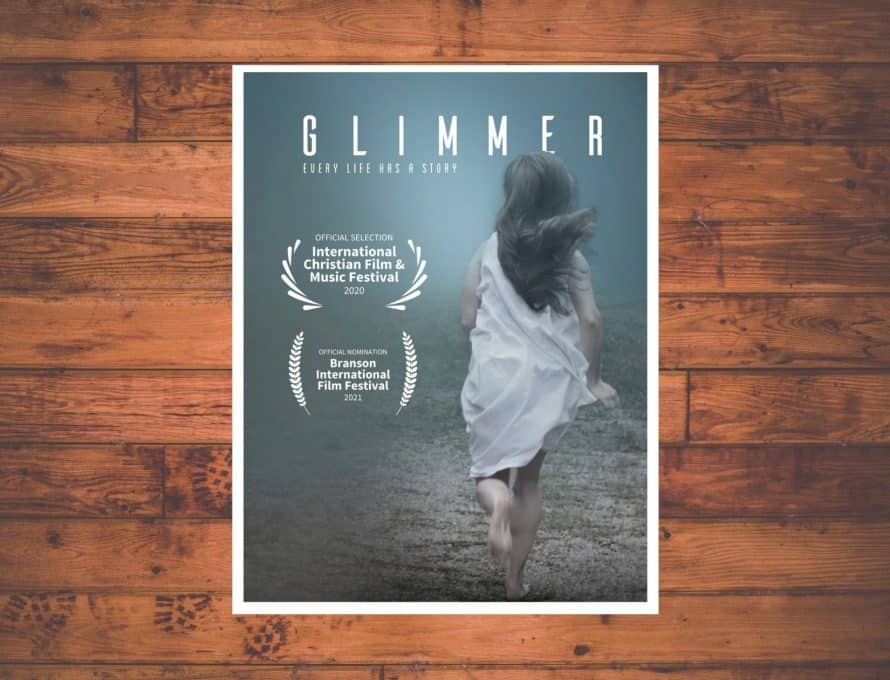 CORRECTION: A previous version of this article included the wrong web address for learning more about Gayla Prewitt and her film project. The correct web address is www.gaylaprewitt.com.

BOLIVAR – Shot in the beautiful serenity of Bolivar’s Dunnegan Memorial Park, the scene opens with a confused and broken woman remembering the sound of her daughter’s laugh. Or was her daughter somewhere close? She gets up from the park bench to look for her.

Everyone else says she has suffered some kind of mental breakdown. Her family had her declared insane, but she will never stop searching for the child that no one else remembers.

“I want my daughter!”

The mother’s tormented scream pierces the night air, as well as the soul of anyone who watches the Glimmer Proof-of-Concept (POC) trailer unfold.

“Producing a movie is kind of new for me,” said Gayla Prewitt, author of Glimmer, a screenplay recognized as an official selection at the 2020 International Christian Film and Music Festival in Orlando, Fla., and a nominee for this year’s Branson International Film Festival. “I’m trying to learn more of the business side of things and so far I’ve been blessed to have wonderful and talented people help make the vision for this feature-length film a reality.”

Prewitt, who is a member of First Baptist Church, Bolivar, has worked as a storyteller in the video production industry for more than 25 years. She holds a graduate certificate in screenwriting from UCLA School of Theater, Film and Television, and has received numerous awards for several of her original screenplays. She also taught as an adjunct professor at Southwest Baptist University for 18 years.

She said the idea behind Glimmer came from the studies that show how giving women who are considering abortion the chance to view their unborn babies on an ultrasound monitor can save their babies’ lives. For Prewitt, this truth sparked a new angle on this important issue. Maybe the question shouldn’t be whether or not a life should become a child, but instead, what if a child was never given the chance to live?

“What would it be like if a woman could see into the future of that child’s life – bringing the child home and spending a few years with him or her,” Prewitt said. “Would someone make that same decision? Not a chance. There is a deception that takes place in our society with scared, confused and desperate mothers and I don’t think they exactly understand what they are doing. A preborn baby is a person with DNA and Glimmer, though it never mentions abortion directly in the script, tells the story of what is lost if a child is never given the chance at life.”

As a mother of four and someone who has experienced miscarriage, Prewitt has always been an advocate for the sanctity of life.

“I’m encouraged as part of the body of Christ that the SBC (Southern Baptist Convention) passed a resolution to work and give toward the goal of abolishing abortion because my heart has always believed in that,” she said. “But, I personally never felt like I had done enough for this important cause until this story came to me. There is momentum right now, and there is a big tug between good and evil. So my prayer is that God would use this movie as another message, another tool in the toolbox, to help touch hearts and allow others to see exactly what we are doing when we don’t choose life.”

While God continues to open doors and Prewitt and her team have made great strides to get Glimmer off the pages and onto the big screen, they are currently seeking financial support to keep the momentum going. They are accepting donations through other established non-profit organizations that choose to partner with this project as part of a ‘fiscal sponsorship model.’ This allows Glimmer supporters to give tax-deductible donations.

For a link to watch the Glimmer POC trailer or for more information about making a tax-deductible donation to benefit the film project, visit www.gaylaprewitt.com or e-mail floodwaterproductions@outlook.com.

“There are a lot of things about the film industry that can discourage you if you let them and honestly, if I didn’t know that God told me to pursue this I might have thrown in the towel a long time ago,” Prewitt said. “But the awesome thing about a big project like this is that if it happens, it’s because God wants it to happen. You’ve got to work like it’s up to you and prayer like it’s up to God…because it is.”