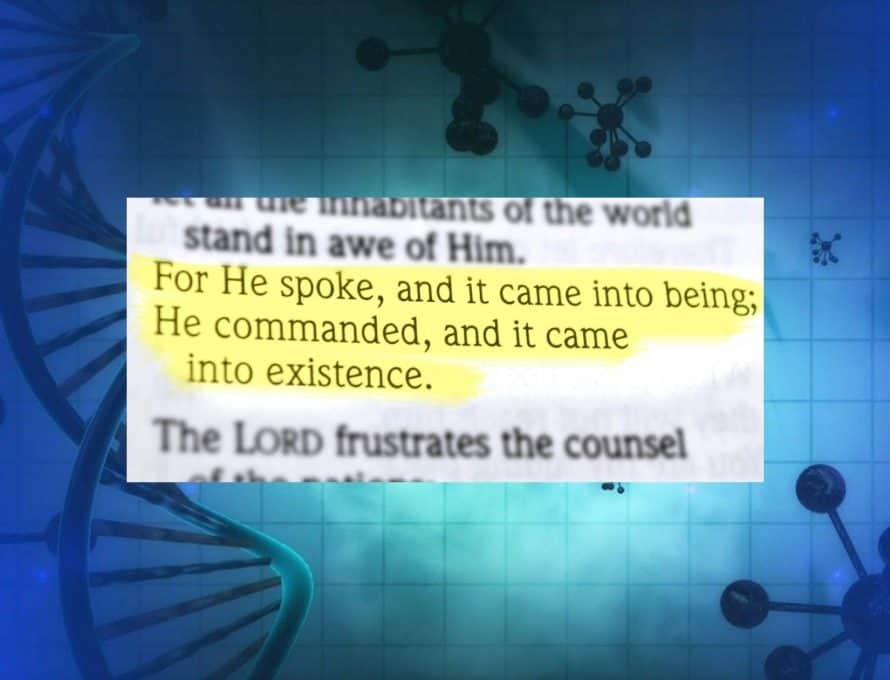 CLEVELAND, Ga. (BP) – Evidence for the existence of God is, quite literally, on the tip of your tongue, says Southern Baptist professor Jeremy Lyon.

Lyon, associate professor of Old Testament and Hebrew at Truett-McConnell College in Cleveland, Ga., and John Baumgardner, a geophysicist who teaches at Southern California Seminary in El Cajon, Calif., argue the existence of language points to the existence of God.

Because language is not comprised merely of physical matter, it must have a source that is separate from the physical universe, Lyon and Baumgardner wrote several years ago in an article for the Journal of the Evangelical Theological Society (JETS) titled “A Linguistic Argument for God’s Existence.” Ultimately, they asserted, that source can only be God.

“All of reality has linguistic underpinnings which point us to the God of the Bible, the God who speaks things into existence,” Lyon told Baptist Press, adding that human language, computer language, mathematical language and genetic coding language all point to God’s existence.

This “linguistic argument,” he said, is an underused tool that many people “can readily identify with” during evangelistic encounters.

“Whenever we are sharing [the Gospel] with people, we always want to start with Scripture. Scripture is the foundation. Scripture is the authority,” Lyon said. “We can say, ‘Look. As we read the biblical account of creation, the manner in which God created, we see that He is a God who speaks, a God who communicates, and things come into existence.’ 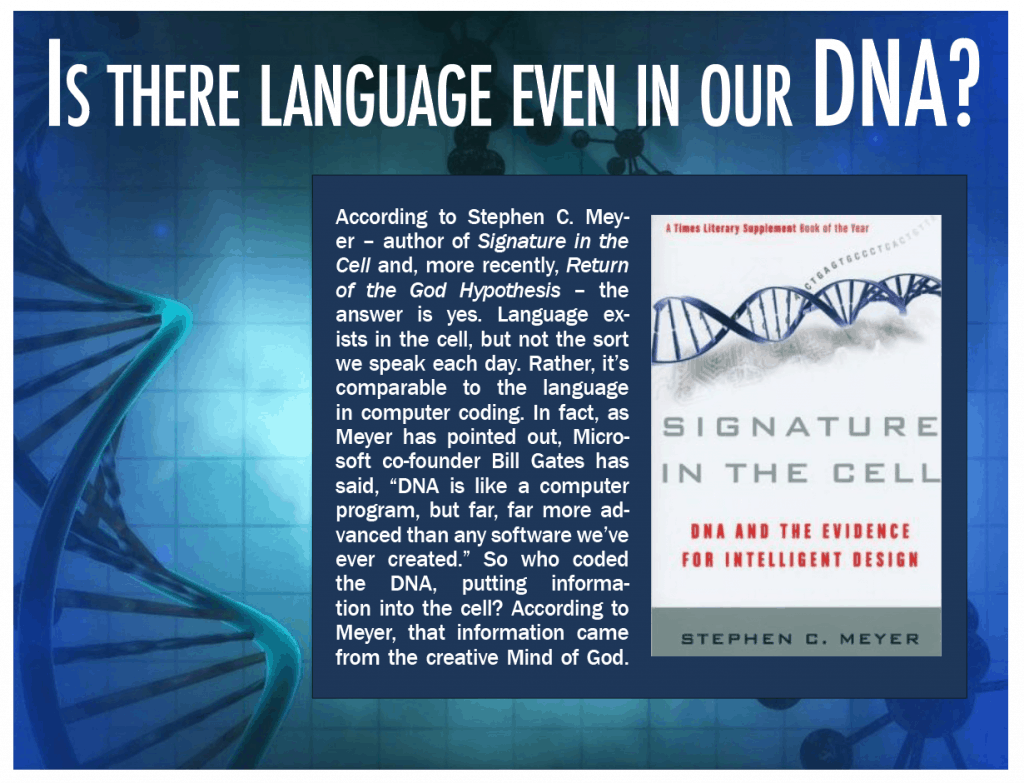 “And then we can move into the natural realm,” he continued. “We can point them to observations that we can see. What we see all around us are these linguistic underpinnings, from human language to genetic language to mathematical language – that is, the laws of nature. We look at this evidence that pervades reality, and it sure sounds a lot like what we read in the opening [chapters] of Scripture, where God speaks and things come into existence. The whole universe is the product of a God who speaks.”

At its most basic level, language assigns meaning to seemingly random symbols to create a vocabulary and includes rules for putting those symbols together to form longer messages with more complex meanings, Lyon and Baumgardner wrote.

Human speech – whether in English, Spanish or Chinese – is only one example of language. Computer languages, mathematics and even genetic codes in DNA are also languages, they asserted.

All these types of language, they argued, buttress the Christian worldview in at least four ways.

First, according to the naturalistic worldview that is prevalent among scientists today, the material world – made up of matter and energy – is all that exists. Naturalism leaves no room for the existence of spiritual realities, like the human soul or the God described in Scripture.

But, Lyon and Baumgardner argued, language “falsifies naturalism’s foundational truth claim.” Language conveys meaning, which is made up neither of matter nor energy. Meaning, whether conveyed by human speech or by the genetic language in DNA, is non-material.

“The laws of chemistry and physics offer no clue whatsoever that matter can assign meaning or otherwise deal with meaning at even the most rudimentary level,” Lyon and Baumgardner wrote. Even the most complex electronic hardware cannot generate meaning unless people create software that sends electronic messages through that hardware.

Third, since people can create and use languages, they must “possess non-material attributes” such as a non-material mind, or a soul or spirit.

Finally, since extremely complex languages are written into DNA, biological life itself depends upon non-material realities. Moreover, since matter and energy cannot produce language, this genetic language must have been created and encoded into DNA by something or someone that was non-material.

As Lyon and Baumgardner wrote, this conclusion led Antony Flew, “the renowned British philosopher and arguably the best-known atheist in the English-speaking world during the final half of the 20th century, to abandon his atheism and in 2004 to announce an earnest belief in God.”

But whereas Flew came simply to believe in some divine being, Lyon suggests the linguistic argument points to the biblical God in particular — a God who spoke the whole world into existence and who is “sustaining all things by His powerful word” (Hebrews 1:3).

For this reason, Lyon said, believers shouldn’t depend solely on a philosophical argument to convince people about the truth of Christianity. They should point people to the Word spoken by God in Scripture.