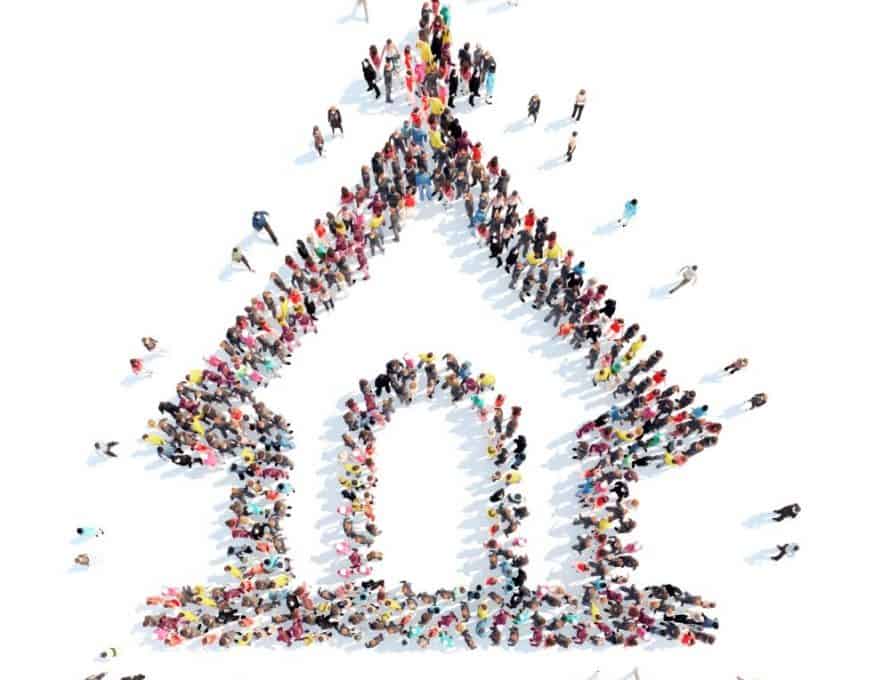 FERGUSON – Loving your neighbor is a commandment and First Baptist Church of Ferguson has found a new way to express that love.   Engage NOCO is a new mission to serve the local community by ministering to the elderly and disabled.

“Many of the folks in Ferguson love their property and want to take care of it, but they are not able,” Doug Inman, associate pastor, said.  “We want to show them love and help them be proud of the community.”

The church purchased a trailer with donations as well as landscaping tools and a riding lawn mower.  Several Ferguson businesses contributed $1,000 to be listed on the side of the trailer.  A dumpster company is in partnership with the ministry and will provide a much needed resource.

“The idea has really caught on,” Inman continued. “Area groups and businesses have seen the potential. Lowes donated $700 equipment to fill the trailer.”

According to Inman, he presented the idea of the mission at the staff meeting in March. “We’ve been on some great mission trips,” he said. “We’ve been to El Salvador several times and we’ve gone to clean up after the Texas hurricane.  We learned that serving is a great way to reach the community.”

“This trailer and our volunteers give us an opportunity to love up on our community,” he said, “and to share Jesus.  We want them to know God has got their back and that He is there even if no one else is.”

Alex McMullen, church member and FBC accountant, is excited about the project.  “It is impossible not to see God in it,” she said, “He is going before us and breaking down obstacles that we saw as insurmountable.  We’ve had frustrations along the way, but He has made it clear that He is in charge.”

McMullen described the first planned trailer purchase being sold out from under them.  “We thought we had the best trailer picked out,” she said, “but, when we went to pick it up, it was gone.  But God moved and we got a much better equipped trailer.  He has shown me that He is in control, and it is a faith builder.”

David Keller, president of the Ferguson neighborhood improvement board, described the impact on the community.  “I live and work in Ferguson,” Keller said.  “This plan is filling a hole and it will help a lot of people.  Many people in the area care about their homes, but they just can’t keep them up.”

Keller also highlighted the importance of relationship in the project.  “I see Doug almost every day,” he said.  “We had a meeting this morning planning the Ferguson, 4th of July parade and our kids are on the Ferguson swim team together.  He is a treasure because he loves Ferguson, and he is a problem solver.  It is exciting to see the problem and come up with a plan to solve.  I love the let’s try spirit.”

Inman has lots of plans for the ministry.  “We are going to start in the Ferguson community,” he explained. “We hope to reach the adjacent communities, clean up vacant lots and even the other parts of the state.  We’ve even been talking with our volunteers about training with Disaster Relief.”

The community has already started reaching out and Inman has toured the jobs to assign hours needed to complete the job.