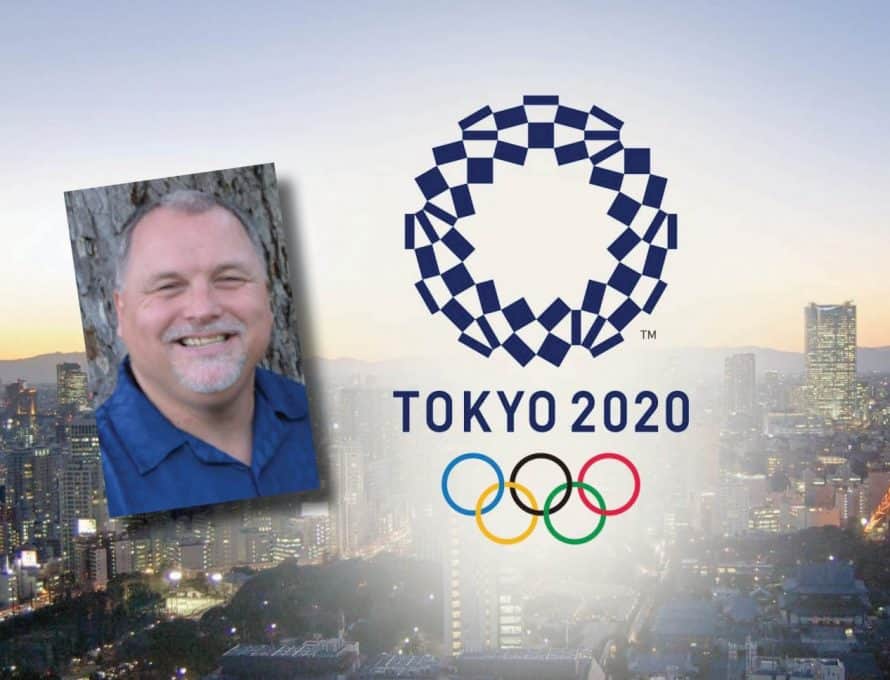 Ever since the 2000 Summer Olympics in Sydney, Australia, Wells has ventured across the globe to proclaim the gospel to international crowds gathered for the games. Both in summer and winter, he never missed the games, and the experience drastically changed his life. Not only did it foster a love for missions in his family, but it also expanded his family. He and his wife adopted one of their daughters, born in China, because of his ministry at the Beijing Olympics in 2008.

In 2019, Wells participated in a vision trip in Tokyo with the International Mission Board, partnering with missionaries in Japan as they planned outreach opportunities for the 2020 Olympics there. Then, because of the COVID-19 pandemic, the games were cancelled in 2020. And, since Tokyo continues to face COVID-19 lockdowns this summer, the International Olympic Committee decided not to let spectators attend the 2021 games (though, they are still officially called the ‘Tokyo 2020 Olympics’). So, for the first time in two decades, Wells will join many other Missouri Baptists in watching the Olympics from home.

Though he’s disappointed he can’t attend in person, Wells still believes God is calling Southern Baptists to focus on reaching the Japanese people. Through his website, www.beyondtherings.net, he will provide daily prayer guides while the games last, from July 23-Aug. 8. He will also host three virtual prayer walks around the Olympic venues in Tokyo.

“We’re going to saturate them in prayer,” he said. “Anytime you see anything about the Olympics, stop and pray.”

To learn more about how to pray, visit www.beyondtherings.net.