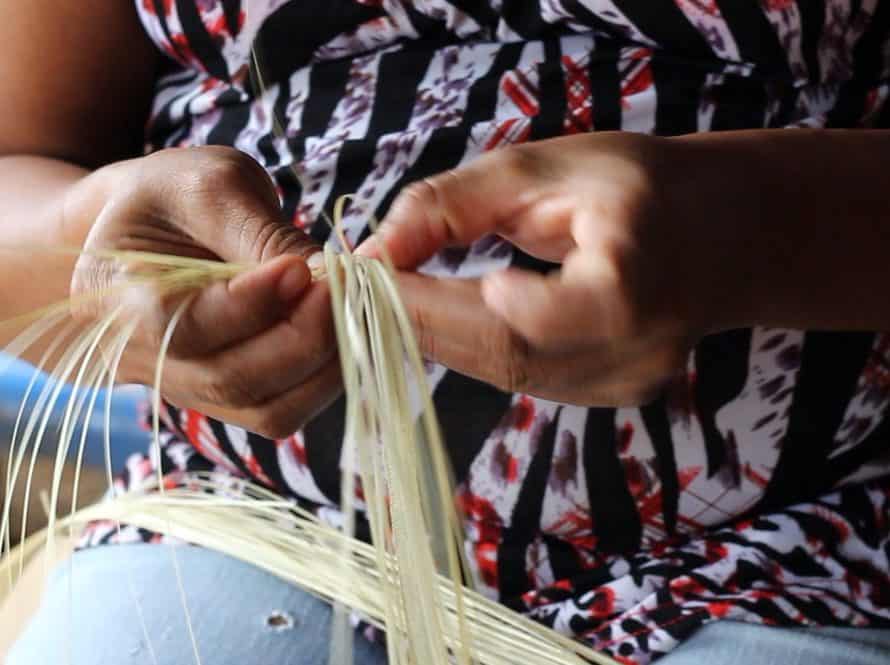 COLOMBIA (IMB) – Through the efforts of Send Relief and the vision of an IMB team, a displaced Indigenous people group in Colombia has found a means of survival and financial stability.

Meghan Aranda, an IMB journeyman, serves in Colombia among Indigenous people along the coast, including the Zenu. Toward the beginning of her two-year term, Aranda attended a workshop hosted by Send Relief in Panama. The purpose of the workshop was to provide practical tools to equip or start microenterprises within communities. 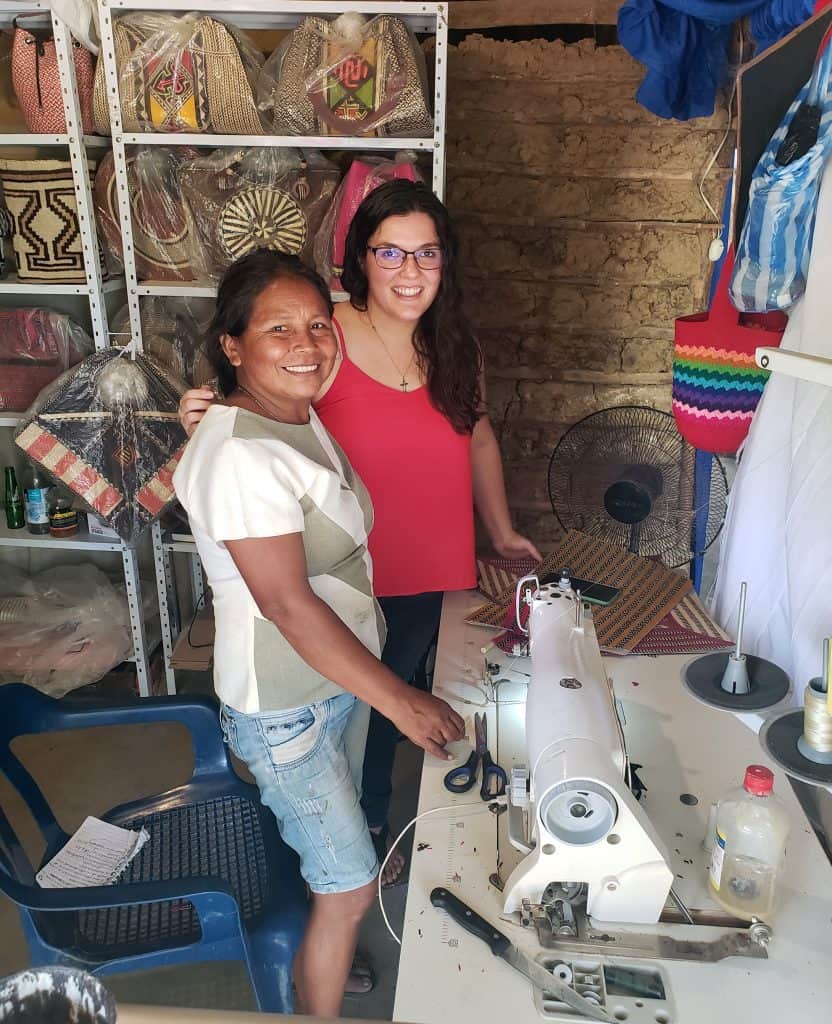 IMB Journeyman, Meghan Aranda, poses with a Zenu woman in a workshop where artisan caña flecha products are made. (IMB photo)

After Aranda left the training, she said she knew she needed to apply what she’d learned among the Zenu. As she talked with her team leaders and Zenu leaders about what they’d learned, the Zenu leaders said the best microenterprise for their community would be a business centered around the growing and selling of the caña flecha plant.

“The Zenu already had in mind that they wanted to start a microenterprise with caña flecha, since it is such a huge part of their culture, and it is something that they are good at,” said Meghan. “They really were the catalysts; my team and I just worked alongside them. They even sent some bags and jewelry with me when I went to Panama to show what they can do!”

The IMB team worked with Send Relief to process the logistics of what a microenterprise among the Zenu could look like and then requested funds from Send Relief for a caña flecha-centered project.

One of the main sources of income and sustainability in Colombia is the caña flecha plant. This plant, a key part in Zenu culture, is used to make artisan products like purses, jewelry and the national symbol of Colombia, the sombrero vueltiao. Since the closest crop of caña flecha is four hours away from where the Zenu live in Colombia, they needed a way to acquire land, the tubers for the caña flecha and the means to sustain the plant.

Send Relief gave the Zenu and the IMB team in Colombia $6,000. The Zenu were able to buy caña flecha tubers—tools to plant, harvest and water the plants—and plant on an acre of land. Now, the Zenu have a means of survival and financial stability.

They sell the plants directly to other Indigenous peoples in Colombia in addition to selling artisan crafts made with the plant. In the area, the Zenu are the only suppliers of caña flecha who grow their own plants.

Zenu believers are now able to share their faith as they sell their plants and products. They have opportunities to witness to others that they didn’t have before.

“It’s been really encouraging for the Zenu believers to know that there are people around the world who care about them and want to give to help them,” said Aranda. “The Zenu people tend to be timid and shy, but their gratitude has given them boldness and courage and excitement to share with their unbelieving friends and the people they interact with in business.”

“It’s so exciting to see how the generosity of our supporters can have such an amazing impact on people all over the world, and this project in Colombia is a perfect example of that,” he said. “Projects like these not only meet an immediate need but help create a lasting change for families and communities that have been struggling.”

“These financial gifts help us to equip IMB missionaries and partners with the tools to strengthen communities and respond to disasters, but it also opens doors to share the life-changing hope of the gospel.”

You can help fund projects like the work among the Zenu by giving through Send Relief.