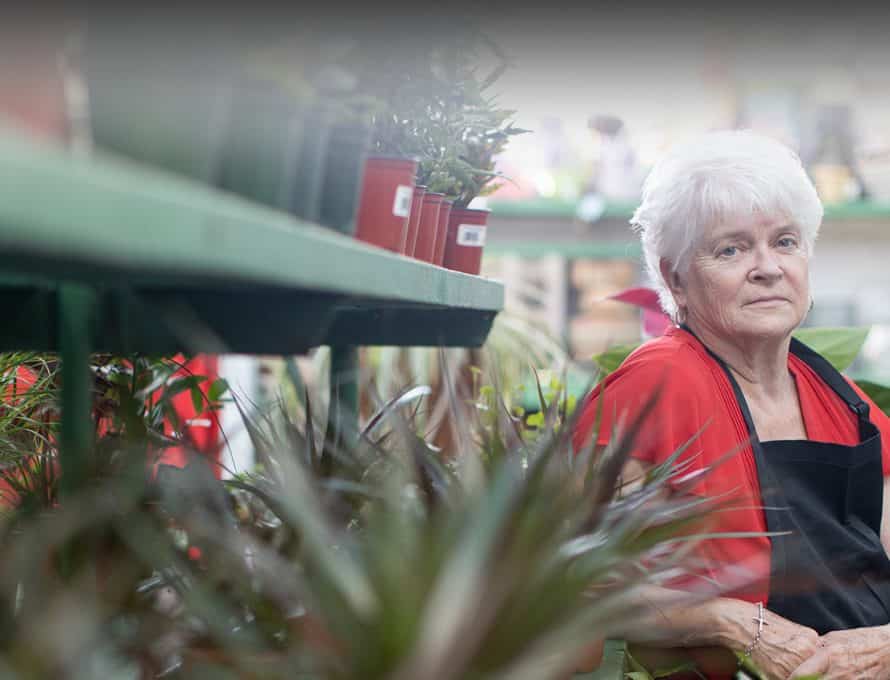 WASHINGTON (BP) — Barronelle Stutzman’s lengthy legal effort to operate a florist shop in Washington state according to her Christian convictions came to an end Friday (July 2) at the U.S. Supreme Court.

The justices announced they would not review an appeal by Stutzman, a Southern Baptist, of a Washington Supreme Court ruling in 2019 that she was guilty of illegal discrimination by declining to design flowers for a same-sex wedding. The court’s order said three associate justices – Clarence Thomas, Samuel Alito and Neil Gorsuch – would have granted review in the case.

In another church-state case, however, the high court said in Friday’s orders it will review a federal appeals court decision that upheld a Maine tuition-assistance program that excludes schools that provide faith-based instruction.

The two orders, which were part of a list that closed the Supreme Court’s term, came in cases in which the Southern Baptist Ethics & Religious Liberty Commission (ERLC) had filed friend-of-the-court briefs in support of the First Amendment right to free religious exercise.

“No one should have to experience what Barronelle Stutzman has had to in this long legal saga,” said Daniel Patterson, the ERLC’s acting president, in written comments for Baptist Press. “We have long been hopeful that the Supreme Court would step in to rebuke the decision of the Washington Supreme Court, which issued an opinion that displayed contempt for Barronelle’s faith.

“While we are hopeful for future cases in light of the court’s unanimous decision in Fulton, we are deeply disappointed the justices passed on this opportunity to correct the real injustices committed these last many years.”

In their June 17 Fulton v. City of Philadelphia opinion, the justices upheld a faith-based adoption and foster-care agency’s right to carry out its ministry according to its beliefs by agreeing Philadelphia, Pa., violated the First Amendment’s protection of the free exercise of religion by halting referrals to Catholic Social Services because it does not place children with same-sex couples.

Kristen Waggoner, general counsel for ADF, said in a written statement, “A government that can crush someone like Barronelle, who kindly served her gay customer for nearly a decade but simply declined to create art celebrating one sacred ceremony, can use its power to crush any of us regardless of our political ideology or views on important issues like marriage.”

In contrast to the ruling by the Washington Supreme Court, Waggoner pointed to opinions by the Arizona Supreme Court and Eighth Circuit Court of Appeals in St. Louis “that the government cannot force creative professionals to create artistic expression that violates their religious beliefs.” She expressed confidence the Supreme Court ultimately will agree with those courts regarding the religious liberty of florists and other artistic professionals.

Washington’s Supreme Court ruled twice against Stutzman, 76, who owns Arlene’s Flowers in Richland. After the state high court decided in 2017 she violated an anti-discrimination law, the U.S. Supreme Court annulled a lower-court ruling against her the next year and instructed the Washington Supreme Court to reconsider its previous decision in light of the justices’ new opinion in favor of a Colorado cake artist who refused to design and decorate a cake to celebrate the wedding of two men. In that 7-2 decision, the high court ruled the Colorado Civil Rights Commission violated the religious free-exercise clause and demonstrated in its action “religious hostility” toward Jack Phillips, owner of Masterpiece Cakeshop.

The Washington Supreme Court ruled in a unanimous decision in 2019, however, that neither it nor a lower court demonstrated religious animosity toward Stutzman in the opinions.

The case began in 2013, when Stutzman declined to design flowers for a long-time customer’s same-sex wedding. She had served Robert Ingersoll, a gay man, for nearly 10 years and had become friends with him. She also had hired gay employees at her shop. When Ingersoll asked her to design the flowers for his 2013 wedding to Curt Freed, Stutzman told him she could not because using her artistic ability to take part in the ceremony would violate her beliefs. She referred him to other florists in the area who would provide flowers for the wedding. The state, as well as Ingersoll and Freed, brought suit.

The ERLC and other organizations filed briefs in both 2017 and 2019 in support of Stutzman’s appeal to the U.S. Supreme Court. The ERLC honored Stutzman during its report at the 2015 SBC meeting in Columbus, Ohio, and she received a standing ovation from messengers.

In the Maine school-choice case, the Supreme Court will rule on an opinion by the First Circuit Court of Appeals in Boston that barred from a state tuition-assistance program schools that use funds to provide religious instruction and the families that choose those schools.

Maine’s school-choice program assists families in the many small towns in the state that do not operate secondary schools and the smaller number that have no elementary schools. Those districts are required to pay tuition up to a legal limit at a public or private school elsewhere of the parents’ choosing.

To qualify for the program, private schools must be “nonsectarian,” a category that does not necessarily prohibit religious schools, according to the parents’ petition to the Supreme Court. The state’s Department of Education reviews the instruction used by a religious school to determine if it promotes the faith with which it is identified and therefore is ineligible, according to a brief filed by the Christian Legal Society and joined by the ERLC and 12 other organizations.

The ERLC expressed gratitude for the Supreme Court’s order.

“We argued for a simple, but vital, principle in our coalition’s brief to the court — families that use private schools should not be punished by the government because the education available is religious,” Patterson said of the ERLC-endorsed brief. “A public square in a free society, such as the one envisioned and protected by our nation’s founding documents, is one where the government serves everyone, free from religious discrimination.”

The brief urged the Supreme Court to rectify the flawed distinction by the First Circuit Court between the identity of a religious school and the use of a benefit by a religious school. The free-exercise-of-religion clause “offers no basis for distinguishing a beneficiary’s religious affiliation from its use of benefits,” the brief said before citing an eight-decade-old opinion by the high court that said the clause contains two ideas — “freedom to believe and freedom to act.”

The father-and-son law team of Michael and Jonathan Whitehead — Southern Baptists who practice in the Kansas City area – are representing the Maine families in the case, along with lawyers from the First Liberty Institute and the Institute for Justice.

The Whiteheads applauded the high court’s decision to review the lower court’s opinion and expressed hope the justices would continue their trajectory on decisions in church-state cases the last four years that affirmed equal access to general public benefit programs.

The case gives the high court “a perfect opportunity to take the next logical step in this area of law,” Michael Whitehead said in a written release. He said Supreme Court opinions in 2017 and 2020 said the government “cannot discriminate against the religious ‘status’ of being a church or religious school.”

Michael Whitehead is general counsel for the Missouri Baptist Convention. Jonathan Whitehead is a member of the ERLC’s board of trustees.

The case is Carson v. Makin.