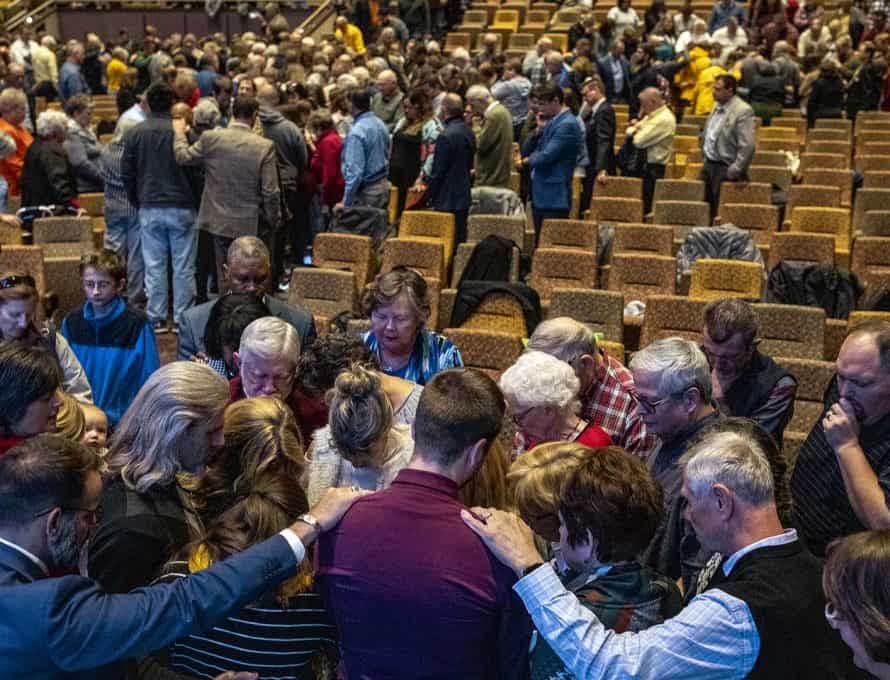 RICHMOND, Va. (IMB) – What would happen if the more than 47,000 churches in the Southern Baptist Convention were directly connected to International Mission Board missionaries and actively engaged in fulfilling the Great Commission?

For decades, Southern Baptists have prayed for, served alongside and given financially to support the work of IMB missionaries. IMB President Paul Chitwood said there is both an opportunity and responsibility for missionaries to pray for, share with and serve these churches.

“To live out our mission statement that the IMB ‘exists to serve Southern Baptists in carrying out the Great Commission to make disciples of all nations,’ we must prioritize our relationships with SBC churches,” Chitwood said. “The Church Connections initiative allows us to do just that by building sustained, ongoing relationships so that every Southern Baptist church is connected with at least one IMB missionary.”

Church Connections efforts began in 2020 with a pilot involving 10% of IMB’s missionaries. April 5 was the official launch of Church Connections, and 900 missionaries have since been assigned 22,000 churches to contact. IMB couples and singles have been or will be given the names of 20 Southern Baptist churches.

“We want to see every missionary connecting, every church participating, and all of us stewarding well the Revelation 7:9 vision of every nation, all tribes, peoples and languages being represented before God’s throne,” Chitwood said.

Andy Pettigrew, an IMB affinity stateside associate, estimates by the middle of 2022, every Southern Baptist church will receive a personal contact from a missionary.

Pettigrew said the impetus for Church Connections came from a desire to better serve Southern Baptists while partnering to fulfill the Great Commission by making disciples of all nations.

“[What] unites us is our shared conviction and our shared mission in proclaiming the gospel among the nations, and I believe that God has ordained the local church to carry out His divine mission,” Pettigrew said. “As we serve churches to that end, we as an organization have a responsibility and a great stewardship to connect back to those churches.”

Pettigrew and the eight couples serving as affinity stateside associates are equipping missionaries as they make connections with churches. Pettigrew serves personnel serving in Sub-Saharan Africa.

When Church Connections was launched in the summer of 2020, many of the initial missionaries involved were on temporary assignment in the U.S. due to COVID-19. Some missionaries were able to visit churches.

Pettigrew said IMB missionaries have been faithful to communicate with churches with whom they have personal connections.

“Historically, we’ve done a good job, but where we have not done a good job is connecting with all churches and really feeling the weight, the stewardship of every single Southern Baptist church,” Pettigrew said.

IMB personnel have embraced the Church Connections effort and are eagerly connecting with pastors, church staff and members. Pettigrew has heard many missionaries say, “We should have been doing this already.”

Many missionaries have shared they have spoken to churches that have never had a missionary visit or contact them directly.

A couple serving in East Asia shared that one pastor they connected with wanted to begin a long-term relationship with an IMB missionary and revive giving to missions in his church that had recently undergone many changes. The pastor did not know who to ask or how to make connections.

“The pastor had begun praying that God would send him someone to help their church connect with missions,” the couple shared.

God answered, and a potential partnership is underway.

Pastors that Pettigrew has contacted tell him his phone call encouraged them during a difficult and lonely season where COVID-19 moved services online and made ministry complicated.

“Our desire is to cooperate together more faithfully, to find ways that we can serve you as we all engage in this task together,” Pettigrew tells pastors.

Pettigrew said he hopes to see an injection of unity in Southern Baptist churches around fulfilling the Great Commission. Churches and IMB missionaries are both called to proclaim the gospel to the nations, Pettigrew continued, and the focus of Church Connections is to serve, encourage and foster cooperation in the task of fulfilling the Great Commission.

“If there are 47,000 churches, we hope to see 47,000 churches engaged in the Great Commission—that’s both sharing the gospel where they are locally and seeking ways to proactively be about making disciples of all nations and all parts of the world, so that God is glorified as He deserves,” Pettigrew said.

“Church Connections is a part of who we are. This is not a program that’s going to have a stop and end date. It is who we are. It’s in our DNA,” Pettigrew said.

Churches looking to increase their involvement with the IMB can do so in the following ways.

Caroline Anderson* writes for the IMB from Southeast Asia. (*name changed for security)