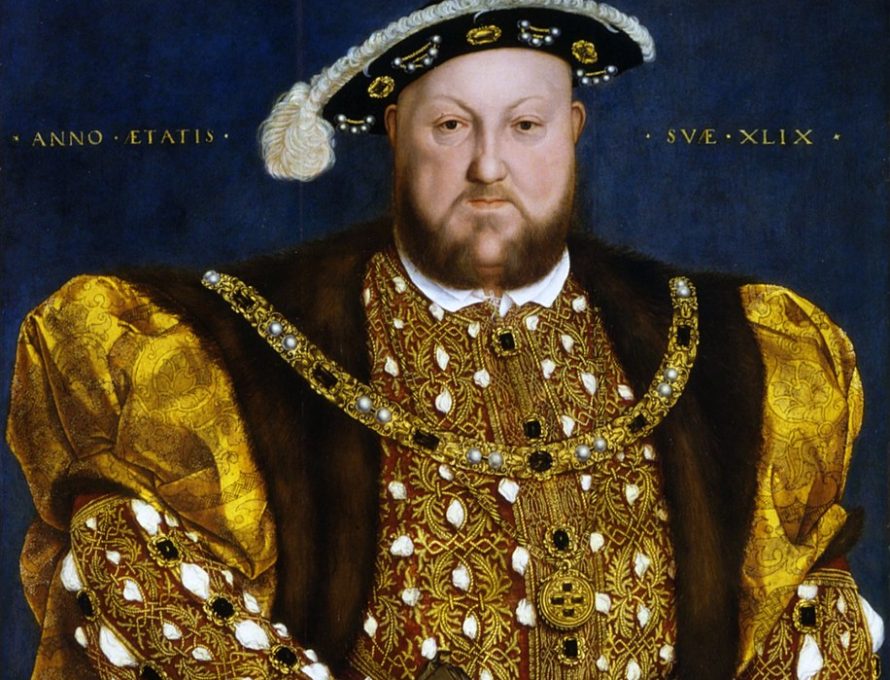 English King Henry VIII's actions sparked events that would result in the development of the Anglican church during the 16th and 17th centuries. (Wikipedia image)

EDITOR’S NOTE: This is the second in a series of articles on the various denominations in North America, written by Robert W. Caldwell III, who serves as professor of church history at Southwestern Baptist Theological Seminary.

Sometimes if you want to understand something you have to dig deep to get at the roots. In order to understand the complexity of today’s American denominations, we must dig deep into the roots history in search of a sound starting point. Long before the American Revolution, the Great Awakening, and even the Pilgrims, the Church of England, otherwise known as the Anglican Church, emerged in the wake of the English Reformation. This denomination will serve as an entryway into our survey of the American religious landscape simply because the origins of many denominations we know of today—Presbyterianism, Congregationalism, Baptists, Methodism—partially began as movements that originally rejected key features of the Anglican Church. What is Anglicanism, and where did it come from?

Anglicanism (Anglo simply means “English”) emerged during England’s tumultuous Reformation in the sixteenth century. In the 1530s King Henry VIII’s quest for a male heir, as well as many other factors, led him to sever ties between the English Church and Roman Catholicism. This separation, however, was not a complete success and over the following decades the Church of England went through a remarkably turbulent power struggle where its allegiances sometimes veered strongly toward Reformed Protestantism (under Edward VI) and then strongly toward Roman Catholicism (under Queen Mary). In the end, it was the long, steady reign of Queen Elizabeth I (r. 1588-1603) who helped establish Anglicanism in a form that proved both successful and enduring.

From a Baptist perspective, the most striking feature of Anglicanism is perhaps the way it combines both elements of Catholicism and Protestantism. On the one hand, the Anglican Church took a strong stand on central Protestant concerns. We can see this in its confession, The Thirty Nine Articles (1563). There, we see a strong affirmation of the sufficiency of Scripture and the doctrine of justification by faith alone. We also find the explicit denial of certain Roman Catholic teachings, including purgatory, transubstantiation, the invocation of saints and adoration of images and relics. These points placed the Church of England clearly in alignment with the Protestant Reformation.

On the other hand, pre-Reformation patterns of worship and church polity remained prominent features within the Church of England. First, Anglicans stress the centrality of the office of the bishop. Similar to Roman Catholicism, Anglican bishops claim that the lines of apostolic authority run through the historic chain of its bishops (a doctrine known as apostolic succession). Second, Anglicans prominently feature the sacraments. Many Anglicans understand Baptism to be closely associated with regeneration, and the Lord’s Supper is the culmination of the weekly worship service where participants receive the bread and cup from the hand of an ordained priest while he or she is kneeling at the front of the sanctuary. Third, Anglican worship services follow a structured liturgy-guide known as The Book of Common Prayer, a manual which prescribes the order of both weekly church services as well as baptism, marriage, ordination, and funeral services. This “Prayer Book,” as it is often known, follows the ancient calendar of the church year, prescribes specific prayers to be read at weekly services, as well as Scripture-readings for every day of the year. The Book of Common Prayer has influenced the English language as several well-known phrases associated with the marriage services find their origin in its pages (see the inset).

Many Baptists might find Anglicanism, and its American counterpart Episcopalianism, to be a puzzling mix. They may resonate with its Protestant concerns, but they also find its pre-Reformation sympathies to be somewhat out of step with the ethos that pervades much of modern evangelicalism.

Anglicanism was a prominent denomination in America’s colonial period. Many of America’s founding fathers, such as George Washington, James Madison, and Alexander Hamilton, were associated with the Church of England in varying degrees prior to the American Revolution. After the Revolution, when American Anglicans could no longer support the English monarchy, the American churches broke official ties with the Church of England and formed the Episcopal Church in America in the 1780s. Today, though America’s Episcopal Church is still a self-governing entity, it sees itself as a glad participant in the worldwide Anglican Communion which currently has a membership of about 85 million.

Worldwide, not all Anglicans are the same. Various identifiable sub-groups have been identified in the history of Anglicanism. First, there have been “High Church” Anglicans who have cherished the historic roots of Anglicanism: its Episcopal polity, its connection to the ancient church fathers, and its creeds, liturgy, and affirmation of orthodoxy. Second, there have been a significant group of Evangelical Anglicans who have prized the Protestant features of its heritage. These “Low Church” Anglicans, as they have sometimes been known, cherish solid biblical preaching, evangelical piety, evangelism, and missions and include several well-known evangelists, ministers, and writers that Baptists might be aware of, such as the First Great Awakening evangelist, George Whitefield and the famous medievalist and fantasy writer, C. S. Lewis. Third, there has emerged a “Broad Church” movement in Anglicanism which has sought to align Anglican thought with current intellectual and social trends. The openness that American Episcopalians have recently displayed toward the ordination of women and homosexuals derive in part from the ongoing influence of this group. More recently, there has emerged a group of charismatic Anglicans, a subset of the evangelical group, who have found the blessings of Spirit-filled worship to be of primary concern. Together, these various groupings demonstrate the great diversity inherent within modern Anglicanism.

Today, the worldwide Anglican Communion boasts roughly eighty-five million adherents, of which two million are American Episcopalians. Clearly, its unique blend of Catholicism and Protestantism has appealed to many. Yet historically, this mix has perhaps repelled just as many individuals as it has attracted, for as we shall see in the upcoming articles, several major denominations emerged when many Christians could not come to terms with what many came to view as Anglicanism’s Roman Catholic holdovers. We will begin that story in the next essay when we turn our attention to Presbyterianism.