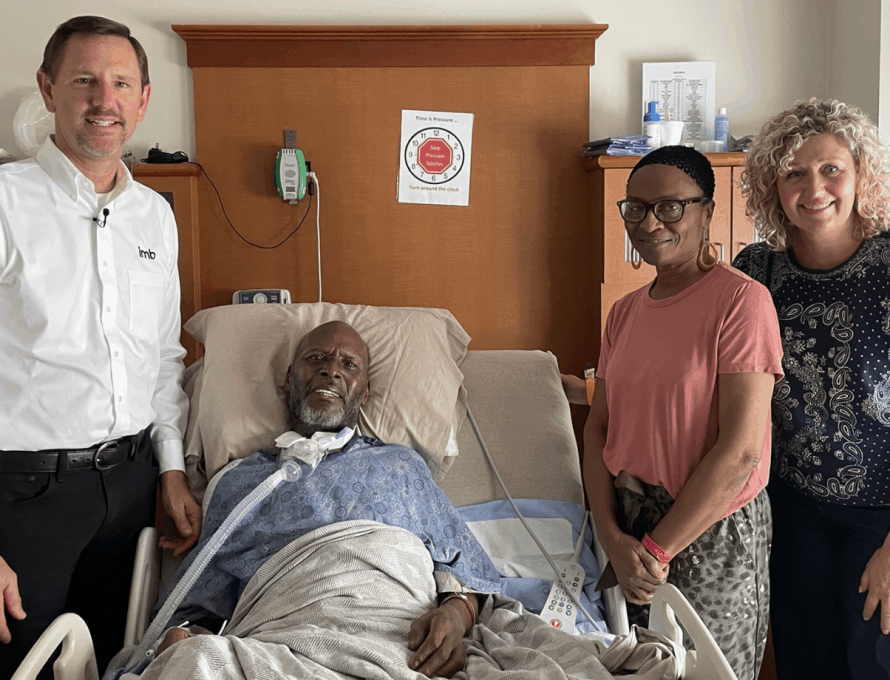 UGANDA – George Smith’s COVID-19 test came back positive. The diagnosis began a months-long battle of prayer and physical challenges for Smith and his wife Geraldine, IMB missionaries in Uganda.

George contracted the virus in January 2021 while attending a training event in a small Ugandan village. A week after he returned from the training, he received a call from friends at the training letting him know that they had COVID. Since George had a small cough, he decided to get tested just to be safe.

Though positive for COVID, his symptoms were not severe. However, two weeks after the diagnosis George’s condition began to worsen.

His doctor then sent him to the hospital in Nairobi via ambulance. For the next seven days George’s oxygen levels were stabilized, and he seemed to be on the mend. However, George had a very bad asthma attack after those seven days and doctors were forced to intubate him.

George spent the next four and a half months in the hospital in Nairobi. The entire time he was there, he did not wake up because of the amount of morphine he was given. George was put on dialysis and life support. As George’s organs began to shut down and his kidneys failed, his neurology reports showed less and less activity, Geraldine nevertheless decided to keep him on life support.

As Geraldine waited in Nairobi, Southern Baptists around the globe prayed. Three Missouri Baptist churches – Heritage Baptist in Lebanon, Springhill Baptist in Springfield and Concord Baptist in Jefferson City – sent funds to support the Smiths amid their hardship. Their generosity supplemented support provided by Southern Baptists through the Cooperative Program and Lottie Moon Christmas Offering.

“When he woke up, he had no idea where he was or what happened to him,” Geraldine said. “But when I told him all that had happened and how many people had prayed for his healing he was so moved.”

George’s condition slowly improved through the months of April and May. He was taken off of dialysis, and his infection rate continued to decline. At the end of May, George and Geraldine traveled on a medevac plane to the U.S. so George could receive therapy and continue healing at a hospital in New Orleans.

Since then, George and Geraldine have been sharing their story of God’s faithfulness in powerfully answering Christians’ prayers to save George’s life.