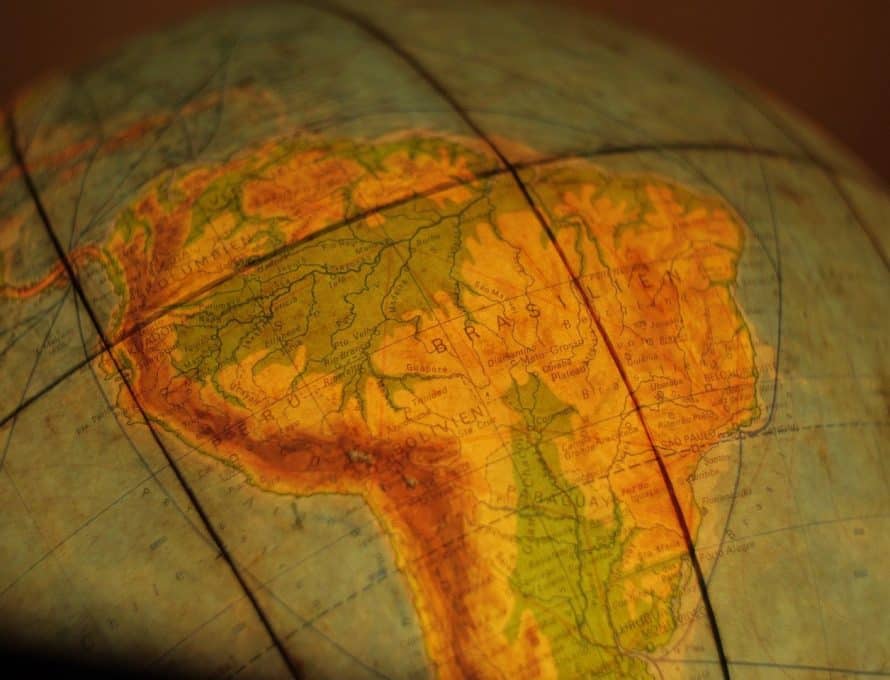 BRAZIL (IMB) – Is passion genetic? Can one love burn for three generations? Do children pick up Great Commission tendencies from parents, along with mannerisms or voice inflection?

The Lord calls whom He will. Ears well-tuned to God’s call run in the Cowsert family. For 100 consecutive years, three generations of Cowserts have served as Southern Baptist missionaries to Brazil. Each has “served God’s purpose in his [or her] own generation” (Acts 13:36).

In 1921, Jack Jimmerson “J.J.” and Grace Bagby Cowsert sailed into the bay at Rio de Janeiro. Grace’s cousin William Bagby and his wife, Anne, who came to Brazil in 1881 had paved the way as pioneer missionaries; they helped start Brazil’s first Portuguese-speaking Baptist church in 1882. Nevertheless, the gospel message of salvation by grace through faith in Christ alone was still considered a scandal that could provoke violence.

J.J. Cowsert rooted the gospel for perennial growth by establishing a Baptist publishing house—Latin America’s largest at the time and, eventually, the first to print Bibles in Brazil. This meant the Bibles believers distributed were no longer foreign imports. Brazilian Baptists stood out as being a people of the Book. Throughout this time, J.J. was also pastor of several churches, served as executive director of the Rio Baptist Convention and conducted training clinics for Sunday School teachers to ensure a solid, biblical foundation for the growing denomination.

Grace taught music at the local Baptist school and helped form the Young Women’s Christian Training Center (now the Integrated Center of Education and Missions). Grace also played piano and organ and directed choirs at Rio churches and published her translations of children’s choral pieces that shaped the upcoming generation of gospel-bearers.

The Cowsert children, Helen, Esther and George, loved the Lord’s work and served Him as adults. George did so in Brazil.

In 1952, George Bagby Cowsert and his American bride, Hilda, segued from honeymoon to mission field. Married in May and appointed as missionaries in July, the newlyweds boarded a ship in New Orleans in September, Rio de Janeiro bound.

George pastored 10 churches over his missions career, including one he and Hilda planted. He directed Baptist camps in two states—Rio Grande do Sul and Goiás, served as executive secretary of those two states’ conventions, and founded and taught at the Baptist seminary in Vitória, Espírito Santo.

His great legacy was that of peacemaker. The third Brazilian church he pastored had previously split three times, but the Lord used George to bring reconciliation. Later, as the charismatic spiritual renewal movement divided Baptist state conventions across Brazil, George’s persistent peacemaking—accomplished through countless conversations over demitasse coffees—kept his state convention from splitting.

Hilda directed the Feminine Union (Brazilian Woman’s Missionary Union) in each of three states where the Cowserts lived. She wrote articles for Feminine Union publications and authored a book on how to tell Bible stories. George and Hilda raised four children: Naomi, Norma, Elena and Jack. When the children were younger, Hilda also taught at the local Baptist school.

While still active in Brazil, George died of an aneurysm in 1986. Hilda moved to Rio to serve as national Feminine Union promotor from the entity’s headquarters. The family took comfort in the face of George’s unexpected death from a display of God’s sovereignty that had occurred in 1982. A bomb had been planted on an airplane near George and Hilda’s seats, but it did not detonate and George had four years more to serve God’s purpose in his generation.

Meanwhile, daughter Elena and her husband, Guy, had returned to Brazil as missionaries in 1984 after earning degrees and serving as pastor for several years in the U.S. Guy’s parents Jerry and Johnnie Key served in Rio, and Guy and Elena had grown up seeing each other at various Brazilian Baptist and mission events.

Guy and Elena’s overarching contribution through more than three decades as commissioned missionaries has been to labor with their Brazilian Baptist compatriots for wide-scale church multiplication.

The Keys began with catalyzing church planting in a 32-church coastal association Guy directed in São Paulo State while also serving as pastor of several churches, including one they planted. Today, Baptist work in the area has doubled into two associations with 77 churches.

From there, the Baptist convention called the couple to coordinate evangelism and missions for São Paulo State during a 10-year church planting campaign that saw 470 churches become over 800. They also helped launch collegiate ministries and other state mission efforts. During this time, Elena served as a church music director and as choral professor at the Baptist Theological College of São Paulo. They were also raising their three children: Jonathan, Cristina and Vanessa. Today there are 1,283 churches in the state of São Paulo.

In 1998, the Keys moved to Rio de Janeiro to plant churches with the local Baptist convention. Their influence as church planting catalysts went national in 2000 as they coordinated massive conferences and training events that drew ministers from various denominations and all Brazilian states. The Lord used this success to open doors for further nationwide influence and education with the emphases on church planting and healthy churches that defined the trajectory of the Keys’ ministry through the ensuing decade, even as they continued to be involved in church plants locally in Rio.

In 2012, the Keys redirected their catalytic skills to mobilize Brazilian missionaries, working with the Brazilian Baptist Convention’s national and world mission boards. In this last decade in Brazil, the Keys are mentoring and training Brazilian Baptists, who, like Elena’s grandparents 100 years ago, are willing to establish their families a world away so that the gospel of Christ may be planted and churches multiplied.

Legacies Past and Future

In Rio, J.J. Cowsert Street runs past a church. This church is part of a Brazilian Baptist convention that steps far beyond Brazilian streets, sending gospel-bearers to far-flung lands. Brazilian Baptist missionaries planted 174 churches worldwide in 2020. Obedience to God’s call across the generations and across a nation has yielded an ongoing legacy.

William Bagby was so consumed with obedience to the Lord’s call to Brazil that cousin Grace caught it, too. So did her son, George. And George’s daughter, Elena. The obedience was specific, transformative and enduring. Each Cowsert whom God set apart for Brazil was faithful. Together, they blessed a nation.

All families pass something down. Why not pass down a commitment to missions that will make a sustainable difference where the gospel has yet to take root? What is the next generation catching from you?

Explore your options for going to the nations today.

Jennifer Waldrep, who wrote this article, is an IMB missionary serving in Peru.

For a Portuguese version of the Cowserts’ and Keys’ legacy of mission work in Brazil, visit https://missoesnacionais.org.br/noticias/100anoscowsertnobrasil/ .