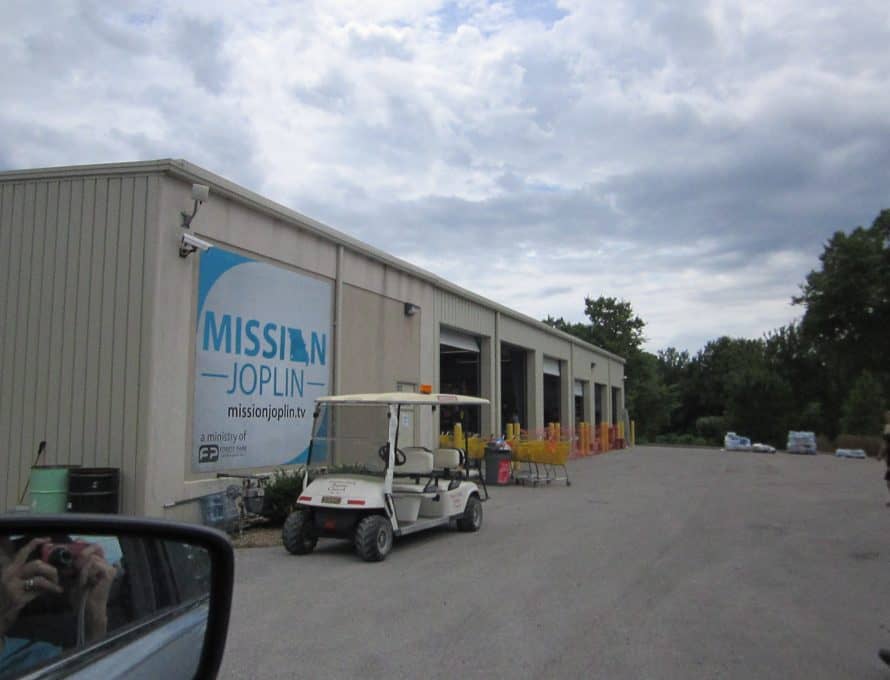 JOPLIN – Forest Park Baptist Church's "Mission Joplin" ministry grew out of the devastation of the EF5 tornado that struck Joplin ten years ago, on May 22, 2011. (Photo courtesy of John Swadley)

JOPLIN – After tornado alarms sounded in Joplin on May 22, 2011, Pastor John Swadley of Forest Park Baptist Church here took shelter with his family in a crawlspace under their home. They listened to radio reports covering the storm and its devastating aftermath.

“Someone (reporting on the radio) was driving up the main street, Range Line Road, saying, ‘Home Depot is gone. Walmart is gone. Pizza Hut is gone.’ … I hoped that I wouldn’t hear the words, ‘Forest Park Baptist is gone.’” 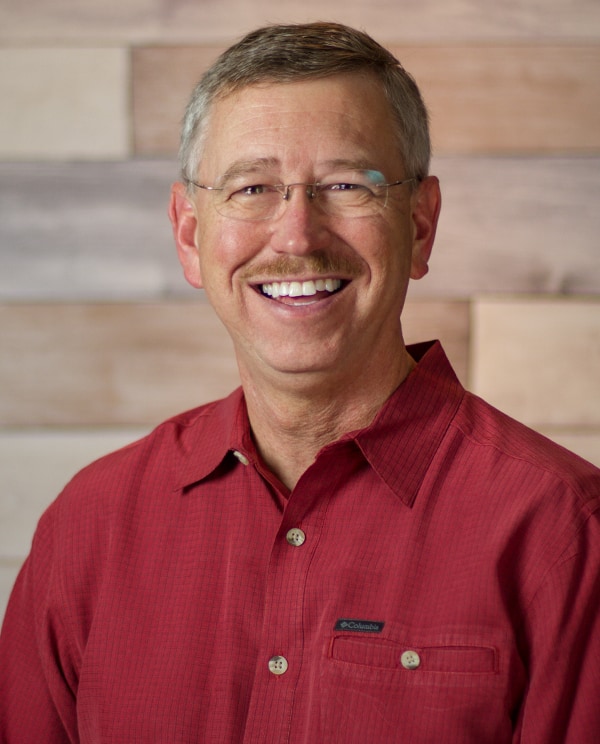 Fortunately, Swadley didn’t hear those words. The church’s building lay just outside the destruction path of the EF-5 tornado that killed 158 people and leveled businesses and homes, causing $2.8 billion in damage.

Sadly, the homes of more than 100 families from Forest Park Baptist Church were damaged or destroyed, Swadley said. But the church’s building withstood the storm, he added. “That put us in a strategic position to send volunteers out to help.”

Indeed, in the aftermath of Joplin’s tornado, Swadley and his church renewed their commitment to serve the people of Joplin and began a ministry that still offers relief to those in need.

The buildings of two other Joplin Baptist churches, however, didn’t fare so well as the Forest Park Baptist building. Harmony Heights Baptist Church and Empire Baptist Church were destroyed.

Charles Burnett, pastor at Harmony Heights, said his church had gathered for their evening service when tornado sirens sounded. Without basements to go to, they scattered throughout the church to huddle in areas where they would be safer from the storm.

Burnett, who is blind, crouched on the floor in a video room. He heard the tornado pass over them, sounding like a “freight train and jet engine, only 20 feet from my face.” The tornado tore the roof of the building off, and rain – mixed with some small hail – began to pelt him.

Fifty three had been in the church service at Harmony Heights when the tornado struck. Three people died.

JOPLIN – The building of Harmony Heights Baptist Church was destroyed when an EF-5 tornado struck Joplin 10 years ago, on May 22, 2011. Fifty three people were worshipping there when the tornado hit, and three lost their lives. (Pathway photo)

“It’s very difficult to take a church where people have died and been injured, and where the building is gone, and restart,” Burnett said. But, with support from people throughout Joplin, Missouri and the nation, that’s what they did – and their new building stands exactly where the old one had stood before the storm.

Even so, the community of Joplin began to rebuild in the days and weeks after the storm devastated their town.

Swadley expresses gratitude and amazement when he considers how Joplin has recovered during the past decade, despite the immense trauma and destruction the community faced.

“I call the Joplin story a miracle,” he said. “If you were here and saw the devastation – about a third of the buildings in our community were damaged or destroyed. The debris field that the tornado created, they said, would fill a football field, including the end zones, and you could stack it as high as the Empire State Building, and then another 200 feet higher. That’s how much debris was created by the total tornado. …

“If you see Joplin today,” he added, “you have to look hard to see that there was a tornado. It really is a miracle.”

‘We’re going to do better’

On the night of the tornado, Swadley helped some people look for family members who had lived in the hardest hit area of Joplin. Eventually, the roads became impassable, so Swadley stayed with his car as others continued the search on foot. The tornado had knocked out electricity across town, making that night seem unusually dark. As he sat alone in the dark, he prayed.

“Lord for many years, we’ve been writing checks to support foreign missions and sending mission teams around the world,” Swadley told God. “From this moment on, we’re going to do a better job of serving our own community.”

Of course, this renewed commitment to local ministry didn’t discourage the church’s desire to reach the world for Christ. In fact, a mission team from Forest Park Baptist Church traveled to Thailand during the month that followed the tornado. “We just felt like it was something we needed to do. It’s important to share the gospel and not miss an opportunity,” Meshelle Thompson, a member of the mission team, told Baptist Press at the time.

But Swadley and the members at Forest Park followed up their commitment to local ministry with action. The church transformed its bus barn into “Mission Joplin,” a large pantry where the needy can gather supplies and learn about the gospel.

“That ministry continues to this day,” Swadley said. “Even now, on most weeks, someone will pray to receive Christ at Mission Joplin. … So it has become a great way to minister to people’s spiritual and physical needs in the name of Jesus.”