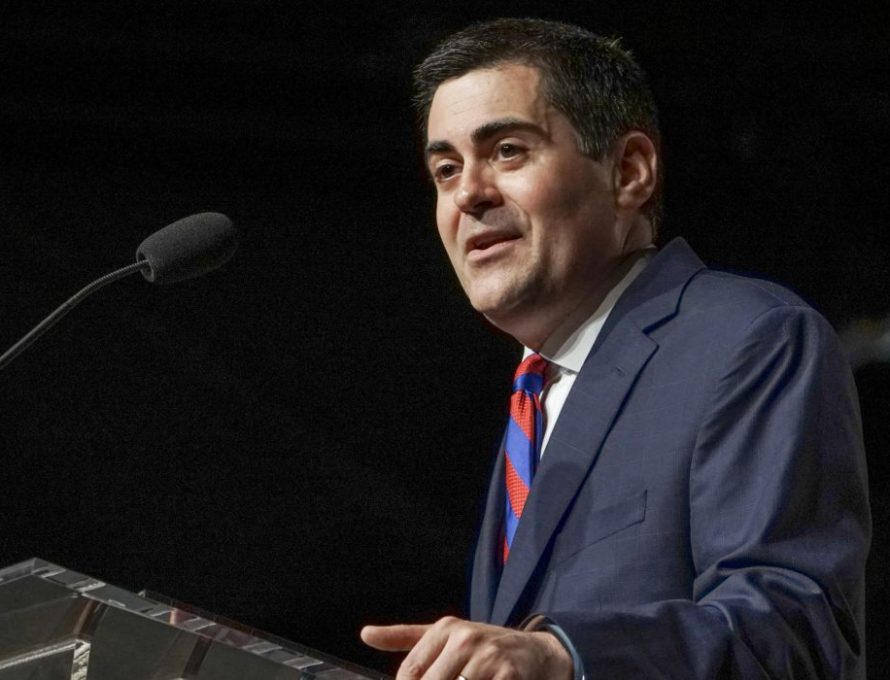 NASHVILLE (ERLC) – Russell Moore, president of the Southern Baptist Convention’s Ethics & Religious Liberty Commission, announced, May 18, he will be leaving his role at the commission after leading the organization for eight consequential years. Moore will join Christianity Today in a new role as Public Theologian and Director of the Public Theology Project, where he will continue his work to engage pressing cultural issues with the gospel.

Reflecting on his time at the ERLC, Moore wrote, “The team I have been blessed to work with at the ERLC is second to none. I am always amused by people who assume that we have a staff of hundreds, just based on everything this team is able to accomplish, when in reality we have a small team of brothers and sisters who are peerless in their gifting, excellence, commitment, and who love each other and Jesus. Through the leadership of this team, we have worked together in building a project I could never have imagined on my own. Through their gifting and hard work, we were able to see God work in amazing ways—including in advocating for human dignity, religious freedom for everyone, kindness and civility in the public square, racial reconciliation and justice and the fight against the scourge of church sexual abuse.”

David E. Prince, chairman of the ERLC board of trustees, offered his gratitude for Moore, “On behalf of the ERLC board of trustees and Southern Baptists everywhere, I want to extend our deepest gratitude to Russell Moore for his eight years of principled, energetic and prophetic ministry. He led with integrity, courage and convictional kindness during tumultuous times. It has been our joy as trustees and fellow Southern Baptists to be on mission for Christ and His Kingdom with the utmost confidence in Dr. Moore’s leadership and in the effectiveness of the commission’s ministry. Though we are sad to see his time leading this entity come to a close, we wish him the best and will continue to look to his leadership and voice in American evangelicalism. The importance of the ministry assignment Southern Baptists have given to the ERLC remains essential to the SBC and our trustees will now begin taking the necessary steps to identify the next president for this organization.”

Moore’s term as president will conclude June 1 after eight years in office. The ERLC board of trustees will soon begin a search for the commission’s next president, details of which will be announced at ERLC.com. In the interim, the ERLC Executive Committee has asked Daniel Patterson, ERLC executive vice president, to serve as acting president.

Moore was elected as the eighth president by the entity’s board of trustees in March of 2013. He began his time in office in June of that year, and was inaugurated in a September ceremony at Capitol Hill Baptist Church in Washington, D.C. In his inaugural address, Moore preached from Luke 4:14-30 and committed to three aspects of ministry that would become the summation of the ERLC’s vision: kingdom, culture and mission.

As a pastor, theologian, ethicist and author, Moore led the ERLC to call Christians to confidently march onward as a joyful, prophetic minority. He called for the SBC and other Christians in the U.S. to engage the social and political issues of the day with a gospel focus, not simply as American citizens but as those who belong to another Kingdom—one that is permanent.

During Moore’s tenure, the ERLC sought to equip Christians to apply the gospel to the current pressing cultural issues through publishing daily resources, equipping churches, counseling pastors and ministry leaders, and hosting conferences and events.