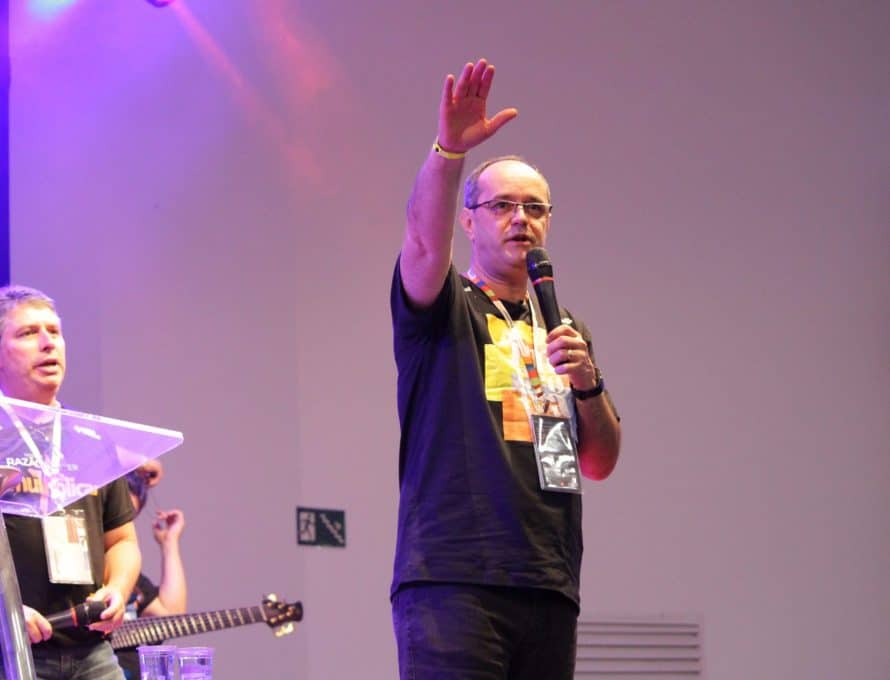 Fernando Brandão, who heads the National Mission Board of the Brazilian Baptist Convention, believes in focusing on prayer as he equips Brazilian churches to multiply.

It’s 6 p.m. in Rio de Janeiro and Fernando Brandão, executive director of the National Mission Board (JMN) of the Brazilian Baptist Convention, heads into the most important meeting of the day. This standing consultation occurs Monday through Friday, for one hour, with the exception of the last Friday of every month when six hours are blocked out. Brandão and the JMN team are there to pray.

“When the Lord placed me as executive director of JMN, He did not call me to lead the mission agency,” Brandão clarifies. “He called me to follow Him.”

Brandão explains that prayer is essential to this calling. Staying in communication with the Lord is vital to ascertaining the direction for the mission agency.

He practiced prayer as a leadership principle while pastoring Second Baptist Church, Brasilia. He joined congregants at 7 a.m. for daily prayer meetings before heading off to his day job in finance, usually returning to the church building in the evenings for further services.

When he stepped into his leadership role with the convention, his awareness of the need to pray intensified, so he set aside more time for prayer. He maintains this spiritual discipline despite a full agenda and heavy travel schedule.

Business travelers often use time in the air to catch up on important tasks. Brandão resolved to concentrate exclusively on his most critical work—seeking the Lord—in these snatched hours, as well. In flight, “I read my Bible and I pray,” Brandão says. His face lights up as he recounts the 2012 flight when the Lord gave him the idea for a 100 Days of Prayer campaign. Brandão cast the vision to Brazilian Baptists, and the churches enthusiastically kept an uninterrupted 100-day prayer vigil—a continuous plea to the Lord for the salvation of Brazil’s 210 million souls. Since 2012, Brazilian Baptists have planted 2,300 new churches in Brazil.

In November, Brandão traveled to São Paulo to preach an evangelistic campaign. As usual, he prayed en route. Twenty-five thousand viewers logged in live to the event and hundreds responded to his invitation to follow Jesus. Brandão shared his contact information from the pulpit and spent a joyous two hours after the event reading and responding to person after person who texted to say they had decided to follow Jesus. Brandão prayed for them as he flew home.

Throughout Brandão’s gestation at JMN, he has led in prayer. He responded to 2020’s pandemic and quarantine by making a personal prayer habit virtual and inviting his colleagues at JMN to join in. It’s a practice they continue and an example for all who are serious about leading churches to lead the nations to Christ.

Jennifer Waldrep, a contributing writer who serves in Peru, wrote this article.