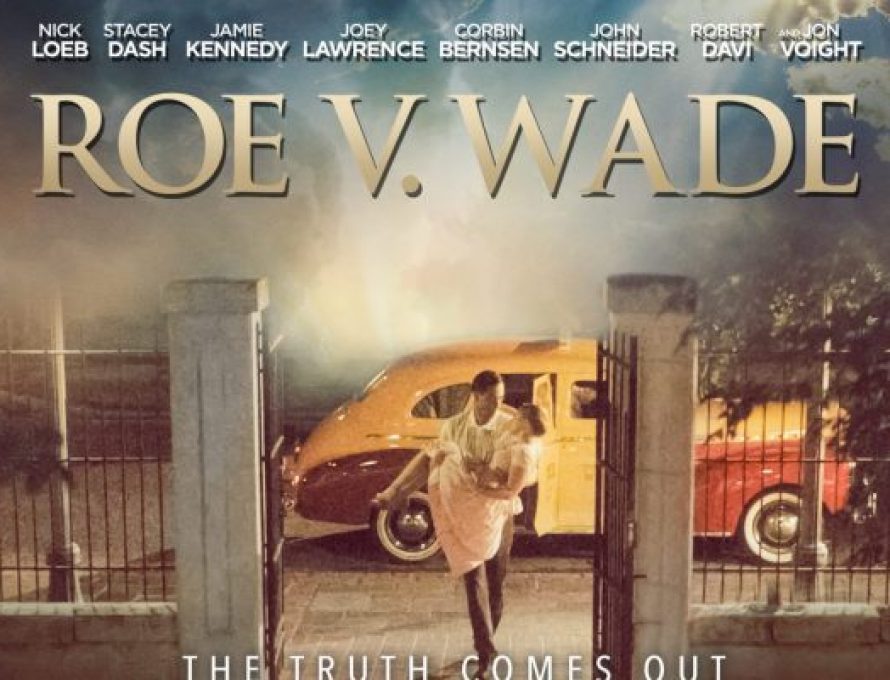 It’s difficult to watch “Roe v. Wade” and not think of the other recent abortion movie, “Unplanned.” That 2019 movie told the true story of former Planned Parenthood facility director-turned-pro-life-advocate Abby Johnson and was an emotional and stirring gut punch. At the time, I wrote that I wasn’t sure it would convert a pro-abortion viewer into a pro-lifer. However, it could jolt someone out of a comfortable and casual abortion-is-bad attitude to a pro-life warrior who takes active steps to save unborn children fearfully and wonderfully made in God’s image.” “Roe v. Wade” may not change pro-abortion minds either, but I think it’s a valuable and instructive watch for believers in our fight against the taking of innocent life.

“Roe v. Wade” is based on the infamous case of the same name that legalized abortion nation-wide in 1973. It’s directed and narrated by Nick Loeb, who plays Dr. Bernard Nathanson, one of the real-life medical advocates for abortion of the era. He teams up with Larry Lader (Jamie Kennedy), Cyril Means (Octavius Prince) and radical feminist Betty Friedan (Lucy Davenport) in searching about for the perfect pawn to use to convince the courts that abortion must not only be legalized in extreme cases, but even on demand for any reason at any time.

And here we see what I believe to be “Roe v. Wade’s” true value: it’s a surprisingly effective illustration of how cultural, political and eventually legal change happens. It’s fascinating to see how groups that originally had no true stakes in each others’ fights (National Organization for Women, Planned Parenthood, and others) banded together to reframe the debate to ultimately change the law of the land. That change came about not through elected officials’ legislation, but through lies, leveraging the media and manipulations. And not just manipulation of people, but words (the morphing of pro-abortion to pro-choice) and the law (that the right to privacy somehow equals the right to abortion). In the movie and in real life, pro-lifers were playing checkers and the abortion advocates were playing chess. Christians would do well to learn this lesson, and learn it quickly: We’re currently re-living it as we watch the LGBT+ revolution play out in politics and culture.

As a piece of entertainment, we can nitpick if we want: the flashback stories that bookend the story aren’t necessary, and there is a lot of exposition and explaining through the narration. This is a necessity in a movie about a 50-year-old legal battle, but it still takes you out of the story a bit. On the plus side, the story moves relatively quickly, and I never got bored. The cast aren’t exactly what I’d call Hollywood’s A-listers, but there were plenty of faces I recognized: Joh Voight, Joey Lawrence, Stacey Dash, Robert Davi and Steve Gutenberg.

I will note that this isn’t an explicitly “Christian” take on abortion. There is no apologetics lesson built around “Thou shalt not kill” or talk of being “knit together in my mother’s womb.” One pro-life character actually says – twice! – “We need to take God out of the argument.” The theological underpinnings that are actually there are all very Catholic (this is understandable given that at the time, they were much more mobilized in the fight for life than evangelicals). Instead, this is a political story. As long as you go in with the right expectations, you won’t be disappointed.

“Roe v. Wade” was released April 1, and is available for streaming rental on Amazon. It carries a rating of PG-13, but it’s mostly for the rightly disturbing descriptions of abortion. It might make a valuable teaching tool for parents, but they should screen it first to ensure its appropriateness for their family.