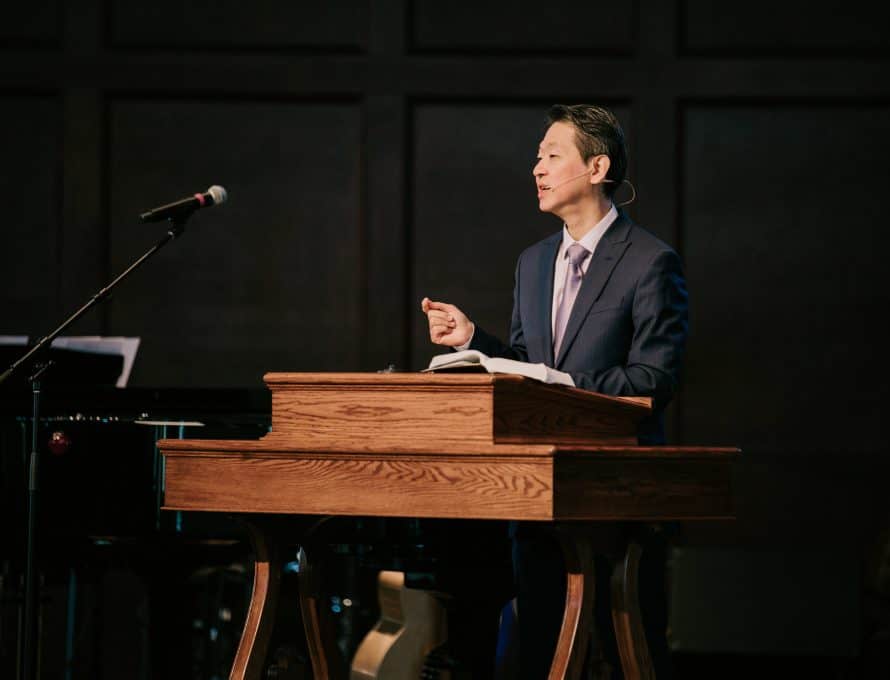 Founded in 2005, CGNTV produces and provides inspirational Christian content 24-hours-a-day, seven-days-a-week, and ranks among the largest Christian broadcasting networks in South Korea. The network, which aims primarily to equip and resource local church ministries and missionaries, has expanded its reach in recent years to broader markets around the world. Today, CGNTV airs evangelical content in nine different languages to over 170 different countries through satellite television, IPTV, social media, and more.

The partnership between CGNTV and Midwestern is the result of extensive planning and preparation by the Korean Studies staff at Midwestern. “It is such a great opportunity for the Korean Studies program of Midwestern Seminary to be in collaboration with the honorable CGNTV,” said Sung Jin Park, dean of Korean studies at Midwestern. “This unique collaboration represents the first systematic partnership in Korea between a theological seminary and a broadcast organization for the purpose of gospel mission.”

“Additionally, we included more practical subjects like discipleship, biblical counseling, and Christian education to equip laypeople serving in local churches. We hope they realize that learning theology is not something too difficult to understand; rather, it is something tangible and applicable in their daily lives or ministries.”

The new broadcasts represent the latest venture in Midwestern Seminary’s approach to Korean studies and international theological training in general.

“We are delighted to see the progress and expansion of our Korean Studies program by way of this new partnership with Christian Global Network Television,” said Jason K. Allen, president of Midwestern Seminary and Spurgeon College.

“We continue to be encouraged by Dr. Sung Jin Park and the Korean Studies team as they chart new courses for theological studies and local church partnerships that aim at strengthening the global church for gospel ministry for years to come.”

Park added that a strong suit of Midwestern’s international programs is a focus on teaching theology in students’ native languages. “In many settings, non-English-speaking students are forced to learn English before they learn theology. However, learning English is not easy, and learning theology in English is often even more difficult.

Further, Park said, through the new CGNTV partnership, Midwestern’s mission is amplified through creative channels. “I am confident in saying that Midwestern is not only teaching but is also doing mission work together with other organizations. Through the current collaboration with CGNTV, Midwestern is able to reach to greater groups all over the world, beyond physical limitations.”

To learn more about CGNTV, visit cgntv.net. The English version of the site is accessible at eng.cgntv.net.