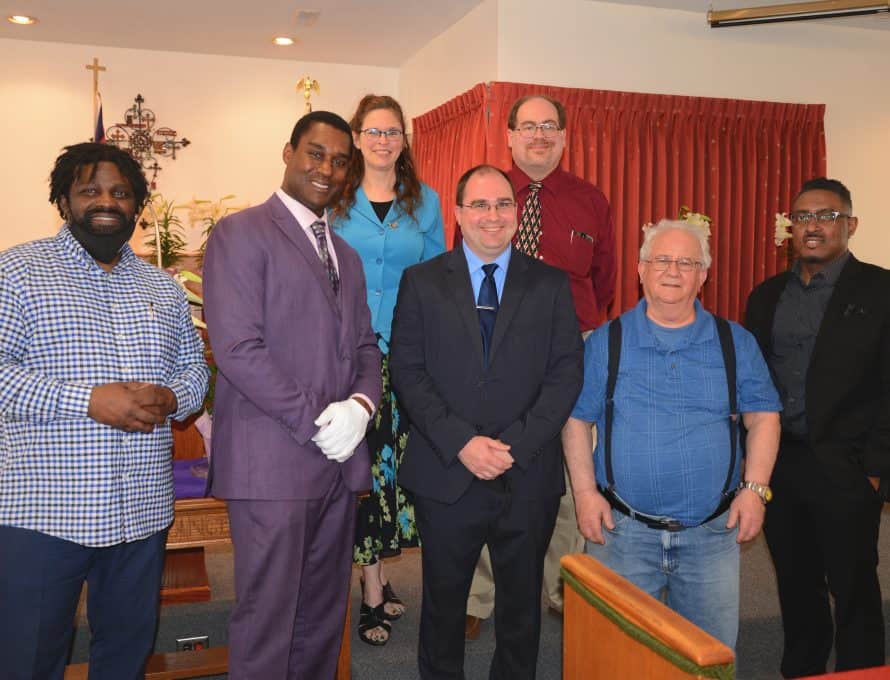 FLORISSANT – For what may be the first time in its 211-year history, Salem Baptist Church took its Easter Sunday service on the road on April 4.

With an eye toward developing cooperation between Southern Baptist Churches in North St. Louis County, Salem joined forces with Emmaus Road Baptist Church at Villebrook and travelled en masse from Florissant to nearby Hazelwood for a morning of resurrection praise and worship.

St. Louis Metro Baptist Association meetings were the catalyst that brought about the combined service.  “Robert York (pastor of Emmaus Road) and I got to know one another through attending meetings at the St. Louis Metro Baptist Association,“ said Salem’s Pastor Tim Scott.  “I approached Robert about the possibility of a combined Easter service and he seemed interested.  At a later meeting, we finalized the plans.”

“Our goal was that this would serve as an example to the rest of the churches in the St. Louis area, across all racial and denominational lines, that unity in Christ is what’s important,” Pastor York said. “Jesus is the one who ties us all together.”

Being mindful of the ongoing COVID-19 pandemic, more than sixty people were in socially-distanced attendance at the Easter Morning service.  Worship team members from Salem and Emmaus Road at Villebrook combined their talents as songs of praise rose heavenward.

Pastor Scott said, “Just in terms of last year, we’ve been isolated from one other in many ways, and this was a way for us to get out and show that we still care for each other as God’s people.  It also showed that as God’s people—no matter who they are or whatever part of the city they are in—are united by the same Gospel.  We have the same Spirit and the same faith.  Our combined service was a visible picture of the unity we have spiritually with one another.”