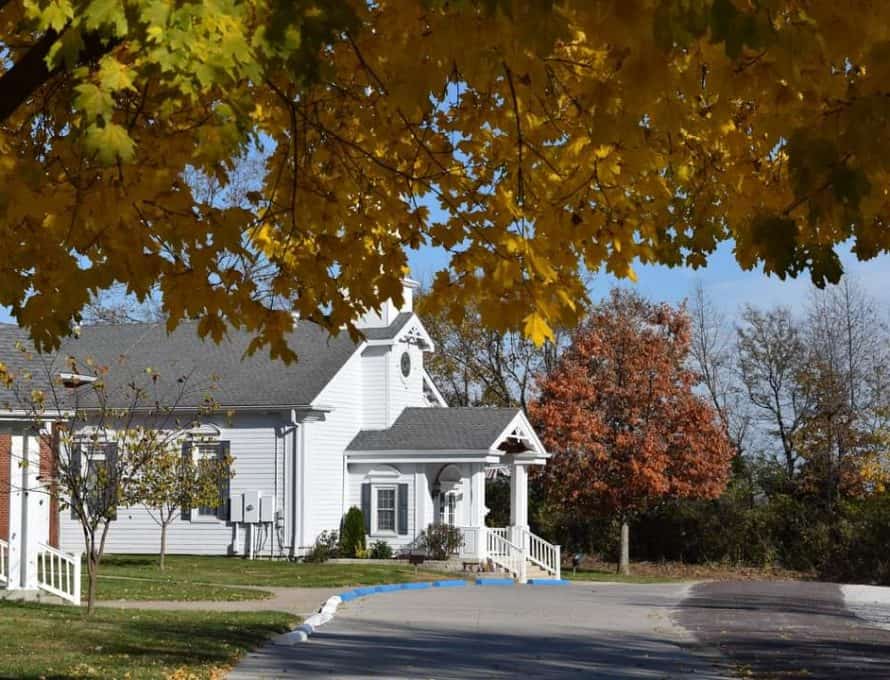 EDITOR’S NOTE: An earlier version of this article incorrectly reported the date for New Hope Church’s 200th anniversary celebration. The celebration is, in fact, on Sunday, Sept. 12. (The article was updated at 12:20 p.m., April 27.)

“There was a group in the church that was anti-missions and a group in support of missions and that caused the two groups to go different ways,” longtime New Hope member Jim Mayes says.

When the church – which was founded in 1821 – split the original congregation committed deeply to missions, eventually changed its name to Union Baptist Church, and changed it again to New Hope in 1867 with a westward move five miles from Elsberry.

Mayes has a strong investment in New Hope. As a member for 80 years he continues a legacy that includes at least his four previous generations. He says other families like his, a history of church unity, and mission-minded pastors have laid a foundation for missions activities that guides the congregation at it enters its third century.

New Hope is a rural congregation, averaging around 100 in Sunday attendance (and over 130, pre-COVID), says Pastor Stephen McLane. He’s pastored the congregation for over two years and is impressed by its generosity. “It’s the ‘givingest’ church I’ve ever been part of.”

“Where your treasure is your heart is also. We have people who are genuinely involved in and care about the community,” McLane says. “We have strong volunteer leaders that have an attitude of getting Kingdom work done.”

He says the generosity of members is exemplified by how they responded to a $4,700 goal for the Annie Armstrong Easter offering. By April 4th the congregation had contributed over $7,700. “It will probably be close to ($8,000) or over,” McLane says. “It’s just the Lord working in (the church). We put it before the people that this is going to start churches, help struggling churches, and continue the work.”

At New Hope twenty-five cents of every dollar goes to missions projects, including the Cooperative Program, associational missions, and local, state, and international ministries.

Through the MBC’s focus on North American partnerships New Hope wants to help revitalize a similar-sized church in Montana next year. “We want to find a church like ours in a rural community and help them, grow them, to bring others in to be saved,” McLane says.

In addition, New Hope is planning to start an entirely new church in 2022.

Lay leadership recently approved funding the church plant despite the congregation’s own need for larger physical space. “God’s got a healthy church here in New Hope so we want to multiply that,” McLane says.

Mayes says for the church’s size it’s “outstanding” the way members have responded to missions. He credits unity for keeping the church healthy and focused. He recalls church disagreements but “as soon as the the vote was taken it had the support of everyone.”

“It’s been a strong, unified church for many years,” McLane echoes.

Church attendance was around 20-30 members to the end of the last century but growth is occurring. McLane credits his immediate predecessor, Pastor John Zellmer, with helping the church double attendance to around 80 members. Since, area population growth with young families has brought additional members. Through its community outreach New Hope has seen conversions from teenagers to seniors.

“On Easter, we had multiple people want to give their lives to the Lord,” McLane says. “We’re going to have six baptized on April 25.”

He hopes New Hope’s third century will find it “to first be disciple-makers, second to be soul winners. And, to be on missions in our community and…bringing others to Christ.”

On Sunday, Sept. 12 the church celebrates its 200th anniversary with a day of preaching, a church meal, congregational singing, and personal testimonies and remembrances.