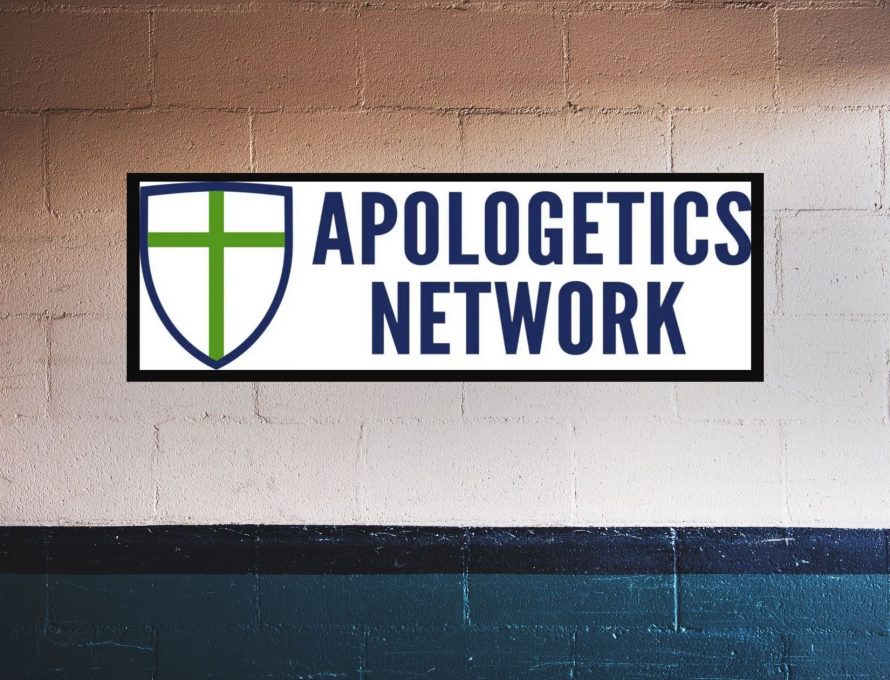 JEFFERSON CITY – With a growing membership, the Missouri Baptist Apologetics Network (MBAN) is extending its efforts to help churches around the state defend the faith and proclaim the reason for their hope in the gospel. 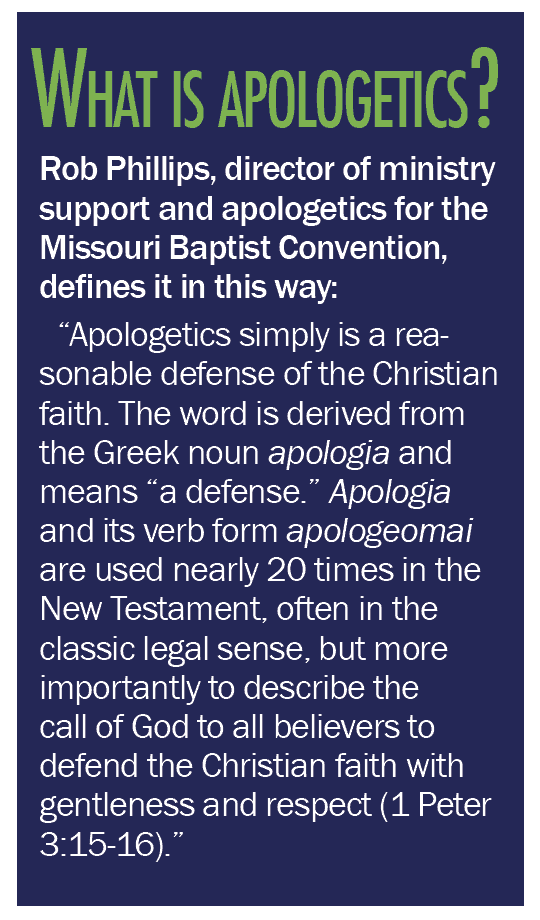 For MBAN president Wil Hoffmann, this means helping churches defend biblical truth and share the gospel with Mormons, Jehovah’s Witnesses, Scientologists and Catholics. Hoffmann serves as pastor of Rising Sun Baptist Church in Auxvasse and as a member of the Missouri Baptist Convention’s Executive Board.

“We (in Missouri) are at the crossroads of America, both physically and spiritually. We have a lot of different faith systems,” Hoffmann told The Pathway. Mormonism is especially prominent in Missouri, since Joseph Smith – the founder of Mormonism – said Jesus would return at the end of time to the Missouri city of Independence.

For that reason, Hoffmann trains churches to witness to Mormons, and he has developed pamphlets to help Missouri Baptists know how to respond when Mormons knock on their doors. The pamphlets can be found on the MBAN webpage, www.mobaptist.org/apologetics/mban.

But Hoffmann recognizes that the study of apologetics can help Missouri Baptists not only respond to Mormon missionaries, but it can also help them stand firm in the faith amid numerous challenges facing the Western church. For that reason, the MBAN’s 21 members specialize in a wide range of issues – from defending the resurrection, the deity of Christ and biblical inerrancy to addressing interfaith evangelism, religious liberty and the relationship between faith and science.

Hoffmann added that the network is seeking to build relationships not only with churches, but also with MBC entities – with the goal of partnering to train Missouri Baptists to defend the faith.

According to Rob Phillips, director of ministry support and apologetics for the Missouri Baptist Convention, MBAN members are an asset for churches as they strive to make disciples around the state.

“Apologetics is a common thread that runs through evangelism and discipleship,” Phillips said. “You really can’t separate apologetics from the Great Commission. As we obey Christ’s command to go and make disciples, we positively proclaim the teachings of Jesus while we defend the faith from attacks on the truths of historic Christianity.”