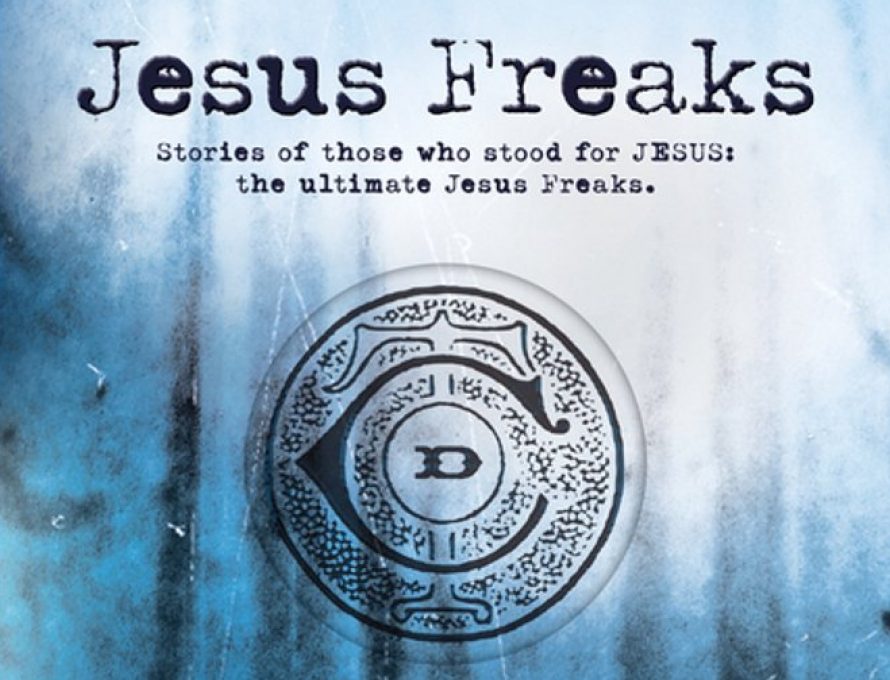 BARTLESVILLE, Okla. – In 1999, The Voice of the Martyrs (VOM), an Oklahoma-based ministry that advocates for the persecuted church globally, joined with the Christian band dcTalk to publish its first edition of the book, Jesus Freaks. Late last year, the ministry released a new edition, commemorating the book’s 20th anniversary.

With a title inspired by the 1995 hit album by dcTalk, Jesus Freaks tells the stories of Christians from both the past and present who’ve stood firm in their faith amid persecution. I did a written interview with VOM’s Todd Nettleton about the book and about global persecution. Nettleton is host of The Voice of the Martyrs Radio program and is author of the newly released book, When Faith is Forbidden: 40 Days on the Frontlines of Persecuted Christians.

Benjamin Hawkins (BH): Why should American believers (using resources like Jesus Freaks) consider the stories of persecuted Christians past and present?

• “The Bible tells us that when one part of the Body of Christ suffers, other parts of the Body are supposed to feel that pain also (I Cor. 12:26). If we don’t know these stories – if we are completely disconnected from the parts of Christ’s Body that are suffering – we cannot honor that scriptural call.

• “As biblical discipleship becomes less accepted in wider American culture, those who desire to be Biblical disciples should prepare themselves for hardships and difficulties and yes, even persecution (2 Timothy 3:12). Other than the Scriptures themselves, there is no better preparation than reading the stories of those who have already suffered persecution and come through it faithfully and victoriously.

“These stories inspire us to ask the question, ‘What would I do in that circumstance?’ And as we ask that question we are inspired to pray, study, prepare and deepen our own commitment to Christ.”

BH: What are some significant lessons you feel American believers need to learn from their persecuted brothers and sisters across the globe?

TN: “There is an entire book’s worth of lessons! … Here are a few that jump immediately to mind:

• “We have to be more committed to the Scriptures and to building our lives on the foundation of the Bible.

• “We need to commit in a new way to loving our enemies and to seeing people who attack us as people that Jesus loves dearly and that He died for. …

BH: How would you describe the state of global persecution? What should Christians in the United States do, and how should they pray, in the face of these realities?

TN: “Yes, persecution of Christians is rising. Our brothers and sisters in places like China, North Korea, Iran and Eritrea pay a very high price for following Christ. But there is a good-news side to that story as well: part of the reason persecution is increasing is because the church is growing. There are more people coming to faith in Christ, and therefore more Christians to potentially face persecution in hostile and restricted nations.

“What these Christians ask of us—Christians in free nations—is, first and foremost, Pray for us! And their prayer request is not, ‘Pray that we won’t be persecuted anymore,’ but rather, ‘Pray that we will remain faithful to Christ in spite of the suffering and persecution we must endure.’ I encourage free-nation Christians along a three-step pathway as they choose to enter into fellowship with Christians facing persecution:

• “DO WHATEVER GOD SHOWS YOU TO DO NEXT. I believe that as people pray, and as they are learning more about persecuted Christians, God will lay on their hearts specific ways to get further involved. Perhaps it will be writing letters to imprisoned Christians (www.PrisonerAlert.com), perhaps it will be sponsoring Bibles … for delivery into hostile and restricted nations. Perhaps it will be actually going to visit one of the nations on the VOM Prayer Map. But as you pray and as you learn more, God will open a doorway for you to be more connected and involved.”

TN: “If persecution is going to come to American Christians, then other than the Scriptures themselves, there is no better preparation reading than the stories of those who have already suffered persecution and come through it faithfully and victoriously. There are so many lessons in these stories, so many bold examples to inspire us in our own walk with Christ.”

BH: How is the latest edition of Jesus Freaks different than previous editions? What has been updated?

TN: “The key update is adding new stories. There have been more Jesus Freaks stories lived out and written since the first edition was released in 1999, and so this book includes 30-35% brand new stories of Christians who have faced persecution since 1999, while still containing some of the amazing, classic stories that made JESUS FREAKS such a remarkable, impactful book to begin with.”

BH: What has been the impact of the Jesus Freaks volume throughout the decades since it was first published? How has it impacted the perspective of believers in the United States?

TN: “The reality is that we won’t know the full impact until eternity. But we do know the impact has been huge – huge in a way that even surprised the members of dcTalk! There are people serving in missions today who were called to a deeper, sacrificial faith by the examples in Jesus Freaks. There are pastors today who were called into ministry after reading the first edition of Jesus Freaks. And there are countless people walking more faithfully and witnessing more boldly after being inspired by the stories in that book. …

“I don’t think it’s an overstatement to say Jesus Freaks impacted an entire generation of Christians with the stories of the faithfulness of persecuted brothers and sisters. Our hope is that this new edition of the book has a similar impact on the next generation, inspiring them to live boldly for Christ.”