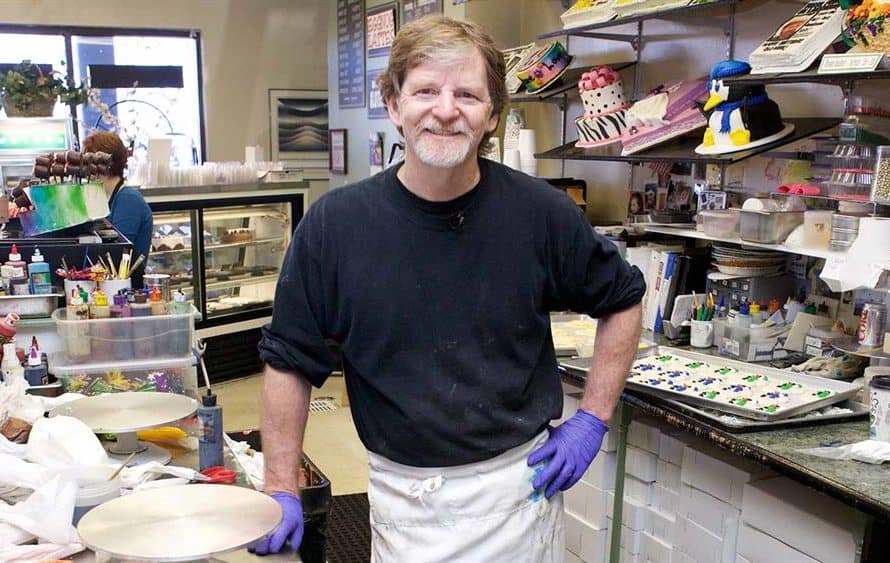 DENVER (BP) – Colorado cake artist Jack Phillips is again defending his freedom to practice his Christian faith in a case that is part of the ongoing, legal faceoff between religious liberty and sexual liberty.

Phillips – who won a significant, though limited, victory at the U.S. Supreme Court in 2018 – appeared as the defendant in a state-court trial that began March 22 as a result of a discrimination lawsuit filed for his refusal to provide a cake celebrating a gender transition. Denver District Court Judge A. Bruce Jones presided over the two-and-a-half-day trial in a lawsuit by Autumn Scardina that contends Phillips violated the Colorado Anti-discrimination Act (CADA) by denying service based on “sexual orientation.” It is uncertain when Jones will issue an opinion.

Scardina, who reportedly began identifying as a woman in 2010, filed suit against Phillips, owner of Masterpiece Cakeshop, in 2019 after Phillips declined to make a pink birthday cake with blue frosting to commemorate the gender transition.

In its 7-2 opinion in 2018, the Supreme Court ruled the Colorado Civil Rights Commission (CCRC) violated the religious free exercise clause of the First Amendment by penalizing Phillips for refusing to design and decorate a cake for the wedding of two men. The high court said the commission demonstrated “religious hostility” toward Phillips – who believes marriage is only between a male and a female – but also indicated it might rule differently in other contexts with similar facts.

“The onset of another trial of this matter should remind all Americans — whether in agreement or disagreement with Phillips — that the question is whether the state can force a person to violate conscience in speech using one’s artistic gifts. Our commitment to a free public square in this country means that we should debate and argue important questions without state coercion.”

Lawyers for Phillips in both cases have argued he doesn’t refuse people but rather messages that contradict his religious beliefs.

“Jack Phillips serves all people, no matter how they identify, but cannot violate his conscience and create custom cakes celebrating all messages,” said Jonathan Scruggs, senior counsel for Alliance Defending Freedom (ADF), in a written statement.

“And, he is not alone. There are cases like these across the nation where an artist’s livelihood – and in some instances, their homes and personal assets – are on the line simply for not wanting to speak a message that violates their core convictions. These cases represent a disturbing trend: our system of justice is being weaponized as nothing more than an arm of cancel culture to ruin people with whom one disagrees.”

ADF represented Phillips in the earlier case that went to the Supreme Court and is supporting his defense in the latest one. The ERLC filed a friend-of-the-court brief with the Supreme Court in support of Phillips before the 2018 decision.

The cases involving Phillips are among multiple ones in the last several years dealing with the freedom of business owners, especially wedding vendors, to exercise their religious faith by declining to provide services for such events as same-sex ceremonies.

During the March 22 proceedings, John McHugh, the lawyer representing Scardina, said Phillips and Masterpiece Cakeshop “have sincerely held religious beliefs that must be respected and treated fairly. But these beliefs do not exempt them from the same laws the rest of us must follow and do not permit them to deny Ms. Scardina goods and services simply because they reject her gender.”

He said what Phillips and Masterpiece “are asking for is a recognition of their right to discriminate against LGBT [lesbian, gay, bisexual, transgender] people based on their religious beliefs. No such right exists.”

“Because of his religious beliefs, Jack Phillips cannot create cakes for all messages,” Gates said. Phillips and his wife Debbie decided before they opened the shop in 1993 they were “not going to create cakes with messages that conflict with their faith and the guidebook, the Bible,” Gates said.

As a result, Gates said, Phillips has refused requests for various cakes, including those associated with Halloween, those that celebrate marijuana or those that contain sexually explicit, racist or demeaning messages, including about people in the LGBT community.

If Phillips baked the cake Scardina requested, “the message would be that he agrees that a gender transition is something to celebrate,” Gates told Jones. “That’s not something he agrees with.

“No one should be compelled to celebrate what they don’t believe in.”

Scardina made the request for a cake on the same day in 2017 that the Supreme Court agreed to accept the initial case involving Phillips. The CCRC filed charges the next year against Phillips and Masterpiece in response to a complaint from Scardina. After Phillips sued the state, the commission dropped the charges in 2019.

In early March, Jones dismissed from Scardina’s suit a claim that Phillips and Masterpiece were guilty of deceptive and unfair trade practices.