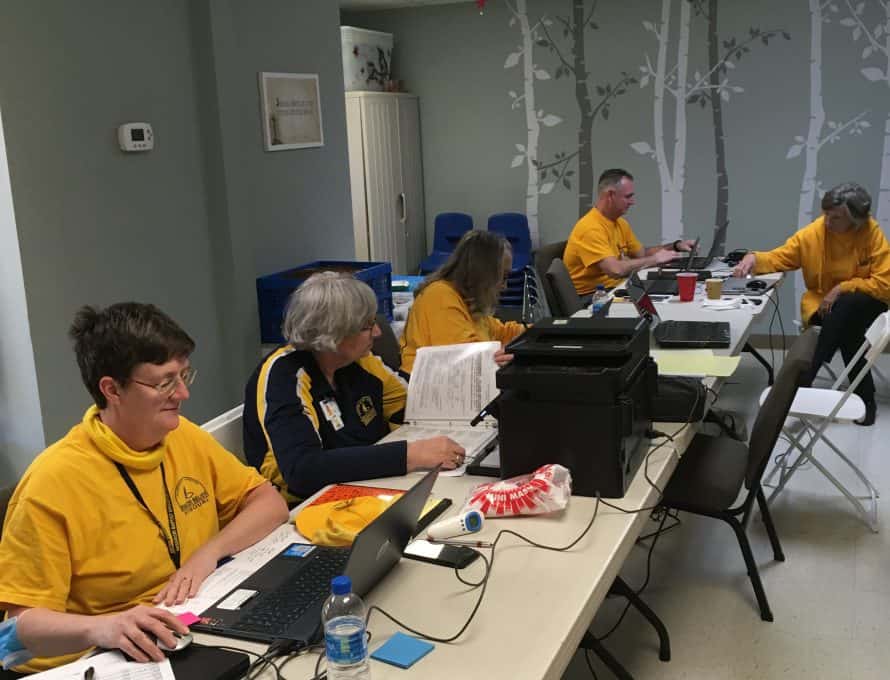 STANTON, Ky. – A team of ten Missouri Disaster Relief (DR) volunteers traveled to Stanton, Ky., the week of March 7-13 to assist with flood relief.  The Missouri team was an Incident Management Team (IMT) sent to help coordinate the efforts of several Kentucky Baptist DR teams who were responding with flood recovery efforts.

Eddie Barnhill of Charleston was the leader of this team.  He said the Kentucky River and some of it’s tributaries overflowed their banks in several places during a heavy series of rains on March 1. Local emergency officials said it was the worst flooding event they have experienced there since 1978.

WKYT News in Lexington reported initially that officials had to launch rescue rafts in nearby Clay City where waters were waist deep in the roads and homes were overwhelmed by the fast rising waters.

News reports said many churches opened their facilities up to displaced residents. Powell County officials in Stanton declared a state of emergency as did the Kentucky Governor Andy Bershear.

Barnhill said the mid-Appalachia region is very hilly terrain and the water swept down the steep inclines and damaged many homes with flash flooding. Assessors are out surveying damages and getting work orders set up for residents to have their flooded homes to have mud removed, damaged walls stripped down to the studs above the waterline and then sanitized and prepared for later repairs.

There are also shower units, laundry units and a mass feeding unit stationed at the church taking care of the volunteers housed there.

Barnhill added that the first 36 hours on the ground in a disaster zone are pretty chaotic and the IMT volunteers are helping the Kentucky DR teams “put together a lot of moving pieces.” He said, “We arrived on Sunday night (March 7) and by Monday afternoon we got a lot of things organized – got the plane leveled off.”

He added: “Anytime a team like this comes in with disaster experience it brings a sense of peace and calm.  They begin to see some order to the chaos and it brings ‘help, hope and healing’ to the people.”  Barnhill said he is working with a great crew.