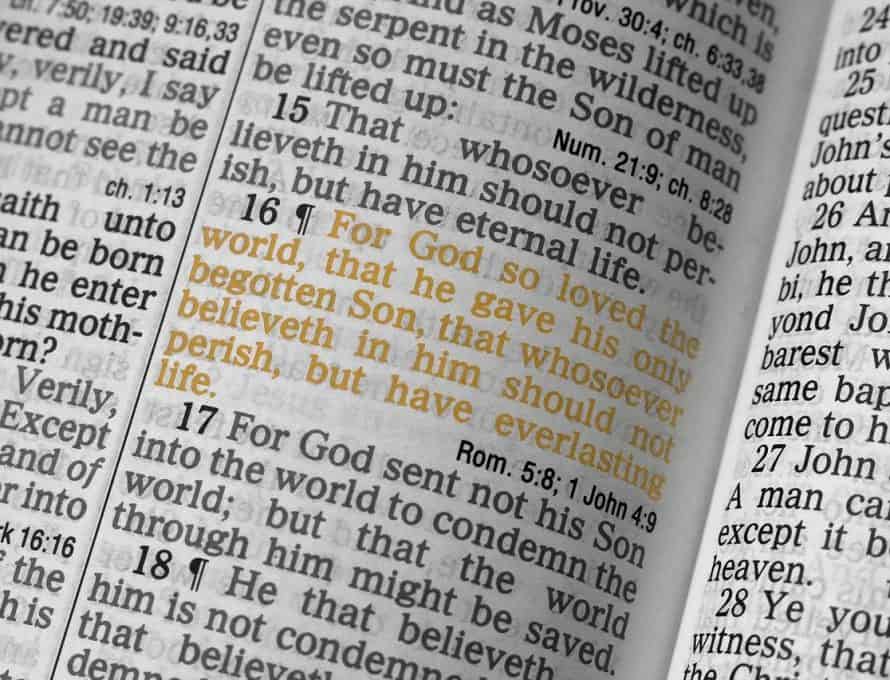 In the previous column, we showed how Jehovah’s Witnesses twist the use of “firstborn” in Scripture to deny the deity of Christ. They also misuse the term “only begotten,” which appears several times in the Gospel of John, most notably in John 3:16: “For God so loved the world, that he gave his only begotten Son, that whosoever believeth in him should not perish, but have everlasting life” (KJV).

Many modern translations render the term “one and only Son,” emphasizing Christ’s uniqueness.

Jehovah’s Witnesses argue that “only begotten” means Jesus is the only direct creation of Jehovah, who then created all other things through His Son. The key is the Greek word monogenes. James White explains how linguistic studies and the discovery of ancient papyri in the Egyptian deserts within the last century have clarified a proper understanding of this term:

“It was assumed that the term was made up of two parts: monos, which means ‘only,’ and gennao, which is a verb meaning ‘to beget, give birth to.’ The assumption was half correct. Monogenes does come from monos but not from gennao; rather, the second part of the word comes from a noun, genos, that means ‘kind’ or ‘type.’

“Therefore, monogenes means ‘one of a kind, unique’ rather than ‘only begotten,’ and, accordingly, the term was used of an only son, a unique son. The importance for Christology is clear: No one can base a denial of the Son’s eternal nature upon this term, for it does not refer to a ‘beginning’ at all but instead describes the uniqueness of the object.”

The apostle John, who takes great care to establish the deity of Jesus, wants us to know that while Jesus is the Son of God, His Sonship is an eternal, one-of-a-kind relationship with God the Father. Believing sinners are “begotten” in the sense that we are born again, or made spiritually alive through the regenerating work of the Holy Spirit. Our sonship is through adoption; Christ’s Sonship is by the very nature of His eternal relationship with the Father.

Was Jesus always the Son of God?

When the Bible says that Jesus is the Son of God, does it mean Jesus always was the Son, or that He became the Son at some point in time, such as His incarnation or baptism? This brings us to the doctrine of the eternal Sonship of Jesus.

The doctrine of eternal Sonship affirms that the second person of the Trinity exists eternally as the Son. Put another way, there has always been a Father / Son relationship within the Godhead, and there never was a time when Jesus was not the Son of God. The idea of Sonship is not a title or a role that Jesus assumed at some point in history; that is what’s known as “incarnational Sonship.” Rather, it is the essential identity of the second person of the triune Godhead.

We normally think of father-son relationships requiring procreation, with the father existing before his child. Yet, the word “son” as it’s used of Jesus in Scripture aims more at describing similarities between two eternal persons. Just as a human father enjoys a relationship with a human son, so God the Father enjoys an eternal relationship with His divine Son.

It might also help to consider that Jesus could not become the Son of God at some point in history, because that would mean God could not be an eternal Father, even though the Bible depicts Him as such. His fatherhood, in other words, would be contingent on the Son, and Jesus’ Sonship would be contingent on the Father. But God’s unchanging nature does not hinge on anything.

The Bible bears evidence of Christ’s eternal Sonship in many ways:

The Scriptures reveal eternal relationships between the Father, Son, and Holy Spirit. The idea of “incarnational Sonship” – or that Jesus became the Son at some point in history – falls short of a biblically faithful understanding of the person and work of Christ.

As one author explains, “Taken to its logical conclusion, denying the eternal Sonship of Christ reduces the Trinity from the relationship of Father, Son, and Holy Spirit to simply Number One, Number Two and Number Three Persons – with the numbers themselves being an arbitrary designation, destroying the God-given order and relationship that exists among the Persons of the Trinity.”

Next: Jesus as the God-Man.