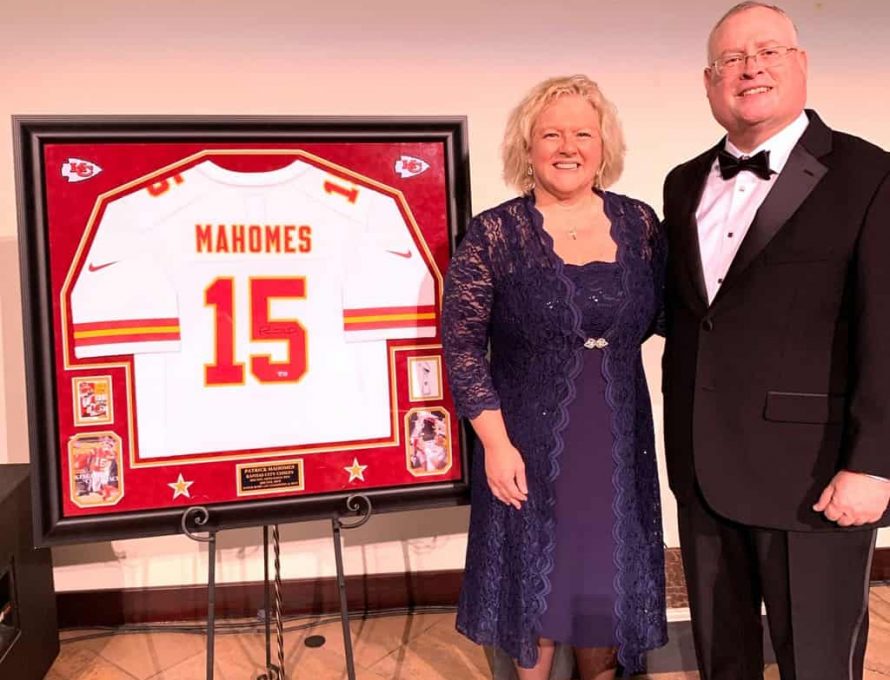 HARRISONVILLE – The farm fields surrounding the former church facility and parsonage seem worlds apart from the environment most of the residents of Restoration House have managed to escape from. Six adult women live there as they transition out of the world of human sex trafficking.

They have a quiet, rural facility in the farm fields outside of the town of Harrisonville.

These women are able to live there as they receive therapy and rebuild their lives. The women do not like to be called “victims,” according to the home’s leadership staff.

“The farm,” as the residents like to call it, is the former church facility for the First Baptist Church of East Lynn, which had closed down and shifted ownership to the association.  A former church building, gymnasium and parsonage have been renovated into several bedrooms and common living facilities for the residents and staff of the center.

They have livestock and produce to raise, as well.  Chickens, as well as small goats, are raised and eggs are part of the food consumed by residents. Goat milk products will be produced as well. A garden is planted each year, providing residents fresh produce.

They also have a workshop where they make products to sell such as coffee tumblers and other decorative items.  These activities are part of the rehabilitation therapy that the survivors are given at Restoration House.

Residents cook, grow food, care for the livestock, receive trauma therapy, take fitness classes, study, work and do artwork as they recover from the trauma they have experienced.  Hammer said the goal is to “restore and empower them to have a new, self sustaining life.”

The Restoration House was able to raise $146,000 to support this ministry during a virtual gala and silent auction held, Jan. 30. Restoration House President Rodney Hammer, who is also the executive director of missions for the BRKC, said they were particularly grateful for several Kansas City Chiefs memorabilia items donated for the auction. One signed and framed Mahomes jersey brought in $5,250 during the auction.

At the annual gala and silent auction, held virtually this year, participants were able to hear from some of the residents of the facility.

One anonymous woman said, “Growing up in the inner city, I came from a family that were mostly atheists.”

She added, “I never knew who God was.  I grew up in foster homes. I never knew who my dad was. I went to live with my grandmother.  Then I ran away and was running with some gangs in south-central Los Angeles.  I was getting lured into a situation where I ended up being human trafficked.  My gang sold me to my trafficker.”

She continued, “I met some women out on the street, and they prayed for me.  They gave me a Bible and a CD with some Christian songs.”  She said she discovered that “everything I was looking for was Jesus Christ.”

One night her trafficker was beating her and tried to drown her in the bathtub.  But he threw her down and left. She picked up the Bible those ladies had given to her.  She knew where a gun was hidden and she thought about killing her trafficker.  But instead she read the Bible and she decided to run away.  She fled the house, and she said, “I forgave him.”  She looked up the ladies on the street and got help to escape the trap she was in.  “They saved me,” she said.

She thanked the donors at the gala event and said that she is now in a safe environment, and she said, “One day I hope I can help save girls out of this lifestyle.”

The Restoration House also has a Home for Minors operated in partnership with the Missouri Baptist Children’s Home where children and teenage girls who have been rescued from trafficking are cared for.

As a result, the 15 and Mahomies Foundation recognized Restoration House last December, providing a grant of $15,000 for the ministry’s work with these children and teenagers.

“We are recognizing Restoration House KC for the incredible services and resources they provide to survivors of human trafficking,” the foundation wrote on its Facebook