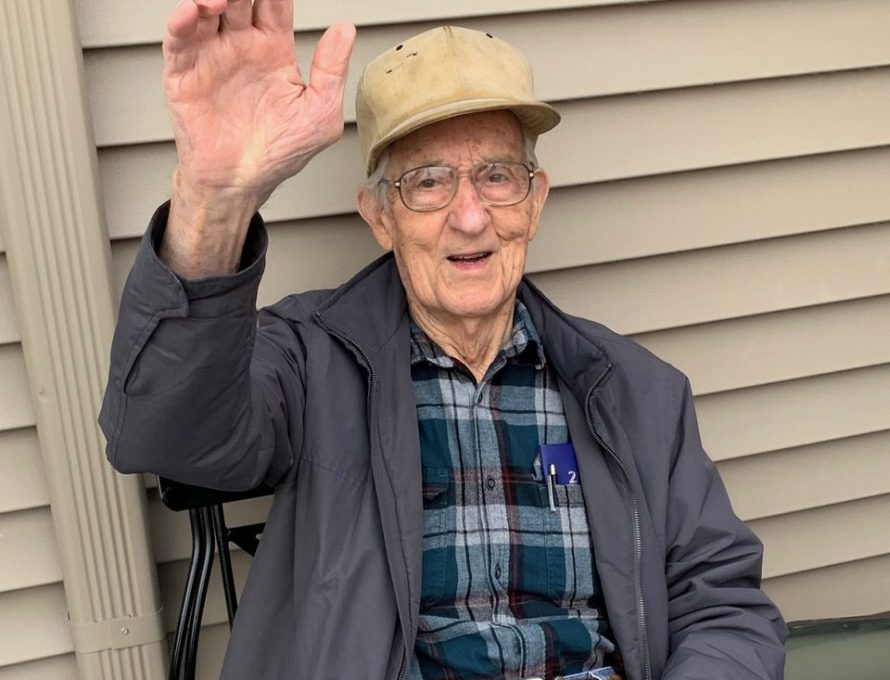 MARSHALL – Vernon Maxted, who celebrated his 100th birthday on Feb. 7 of this year, has been in the ministry since 1941 – that is, 80 years. (Photo courtesy of Kay Davis.)

MARSHALL – Vernon Deane Maxted has seen a lot of changes in his 100 years on the earth. He’s lived through 18 presidents, dramatic world events, cultural revolutions and multiple technological tidechanges.

“I can remember my parents buying their first car,” he said. “Before that, we went to town in a horse and buggy.” 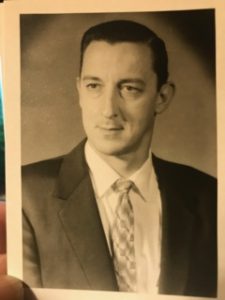 One thing that hasn’t changed from Feb. 7, 1921 to the present, however, is Jesus. And for these most recent 80 years of his life, Maxted’s commitment to serving the Lord and sharing the gospel hasn’t changed either.

“I’ve been really blessed,” he said. “He’s certainly been good to me.”

After his junior year of high school, Maxted worked on a farm owned by the family of the woman who would become his wife.

He worked there for a few years, all wasn’t right with his world. One cold winter morning, Maxted was feeding cattle, and feeling sorry for himself. He was aimless and didn’t know what to do with his life, but he was pretty sure feeding cattle before sunrise wasn’t it.

“I wasn’t happy with my life,” he said. “Suddenly I heard a voice in my mind, as clearly as if it had been spoken out loud: ‘Maybe God wants you to be a preacher.’”

Maxted jabbed his pitchfork into the ground, fell to his knees and began praying: “God, if that’s what you want me to do, I’ll do it.”

“I got up and knew as sure as anything in the world,” he said. “I went up to the house at noon and told them that God had called me to be a preacher.”

That was in 1940. Maxted immediately began preaching in the local country church in Mayfield, Kans., He began getting some formal training in nearby Witchita before heading south to earn a degree at Baylor, then back north to seminary in Kansas City, Kans. For more than six decades – from 1941 to 2005 – he led congregations in Texas and Kansas before making his way to Missouri. He spent more than 30 years pastoring in the Marshall area, not including an interim pastorate post-retirement. He’s written three books, including an autobiography, “Learned in the Ministry,” which is available on Amazon.

But “retirement” is something of a dirty word for Maxted: “Somebody asked me when I was going to retire, and I said, ‘My boss hasn’t told me yet.’”

Ministry, he said, is not merely a career.

“It’s a lifetime call,” Maxted said. “The type of ministry may change, but the call doesn’t change.”

So he’s still laboring, though he’s been past retirement age longer than many pastors have been alive. Until the COVID-19 pandemic put the ministry on pause, he was actively visiting prisoners at the Saline County Jail, a ministry he helped found 40 years ago.

“The jail ministry has been so rewarding,” Maxted said. “We’ve seen ministers come out of that and seen lives transformed through the Lord at work. The Lord deserves all the credit.”

Today, he leads a weekly Bible study at Hartland Residential Care Center in Marshall, typing up his notes and sharing them with anyone who needs them, and has led a neighbor to the Lord there.

‘Great is Thy Faithfulness’

“There are two things I prayed for a long time,” Maxted said. “One was, I wanted to be able to take care of my wife until she was safe at home.”

God granted his request and allowed him to take care of his wife, Clareca, until she died in 2019, just one day shy of their 77th anniversary. Together, they raised two daughters and had seven grandchildren and seven great-grandchildren.

“The other is that God would let me serve Him as long as I have breath,” Maxted said.