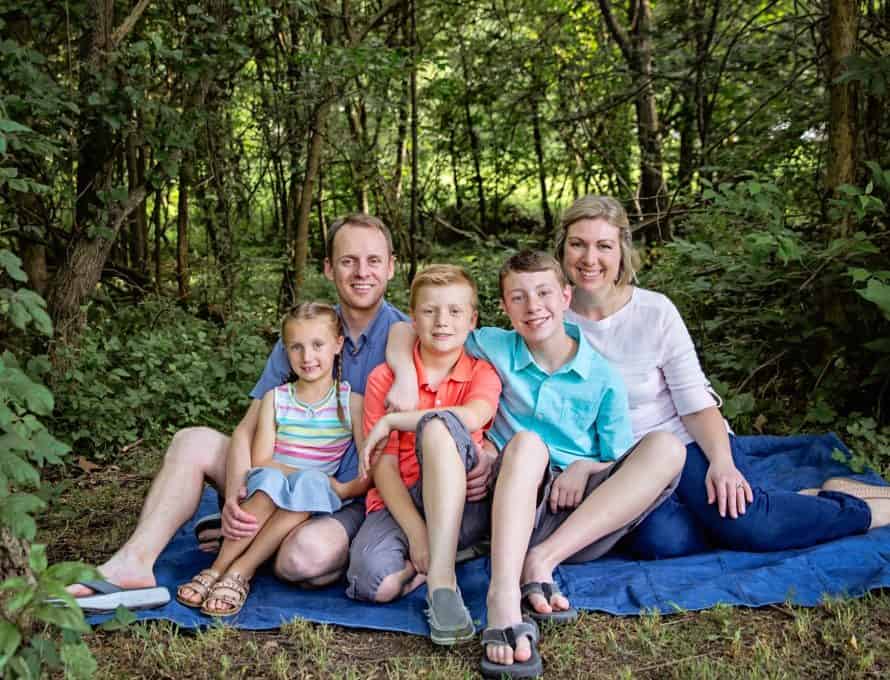 UGANDA – Last fall, the Brandt family returned to sub-Saharan Africa as Southern Baptist missionaries to begin serving in Uganda. Pictured here are Kody and Erin, along with their two sons, Kaleb and Blake, and their daughter, Karli. (Photo courtesy of the Brandt family)

“John was really instrumental in helping me with the language,” Kody told The Pathway. “I shared so many Bible stories with him, and he would give me pointers and tips on how to rephrase something to be more effective. He helped me prepare my testimony in the language.”

John also helped Kody prepare his first sermon in the language. On the day Kody preached this sermon, the Brandts were surprised when John and his Muslim family members arrived – having walked two-and-a-half hours to hear Kody preach.

“He was like my African father, beaming with pride,” Kody recalled. Throughout Kody’s sermon, John held up his phone, recording the message. Only later did John share, to Kody and Erin’s astonishment, that he showed the video to members of a Muslim village that was then inaccessible to the missionaries.

“It was incredible to see God at work in his life,” Kody said. “He was a Muslim man who was helping me to more effectively communicate the gospel.”

John’s story is only one of the ways that the Brandts saw God at work during their years of service with the IMB. Previously members of Crossway Baptist Church, Springfield, the Brandts began serving in sub-Saharan Africa in 2011, returning in 2015 because of needs in the family.

But last October, Kody and Erin once again ventured to sub-Saharan Africa with the IMB, along with their two sons, Kaleb and Blake, and their daughter, Karli. This time, they’re serving in Uganda.

Though they’re now in language school studying Swahili, Kody has already had the opportunity to preach. On Jan. 17, he and his family also helped to train a Ugandan congregation in evangelism. After the training event, participants shared the gospel with 66 people, leading eight to faith in Christ.

“The church is so encouraged and is already making plans to follow up with people, start discipleship groups and go out again to share,” Erin wrote in a Facebook post. “So blessed to be a part of this exciting day!” She finished her post with the Swahili phrase for “praise the Lord” – “Bwana asifiwe!”

Yet, even before they returned to the mission field last year, the Brandts found reasons aplenty to praise the Lord for His work in sub-Saharan Africa. After all, two months before flying to their new home in Uganda, they learned that their Muslim friend, John, finally chose to become a follower of Jesus.