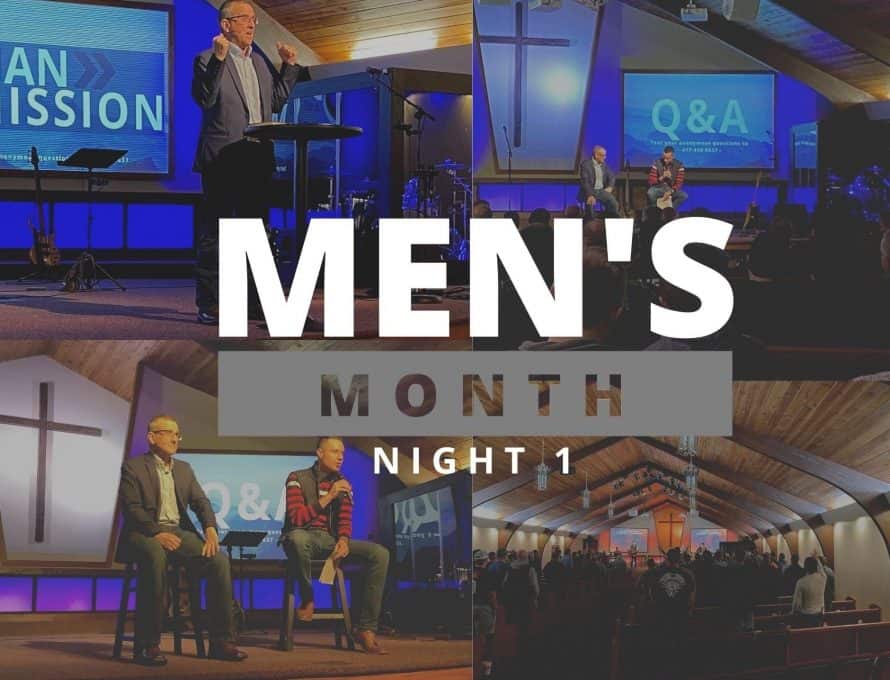 CLEVER – February traditionally focuses on relationships. So First Baptist Church, Clever, is using it to emphasize Godly men’s relationships through a four-week conference.

The church has begun four Monday night, 2-hour sessions to cover topics “we don’t talk enough about inside of the church directly to men,” said Lead Pastor Brian Jump. “Sunday morning, you can’t do that. This (conference) gives us an opportunity to be very direct.” He hopes Men’s Month for teens and men will help “strengthen and grow them in four key areas as part of biblical manhood.”

Each meeting includes prayer, a meal, worship, a speaker, roundtable discussion, a question-and-answer time, and door prizes and a grand prize.

Some topics are more sensitive for men to discuss publicly. So the church developed a unique solution for its question-and-answer period.

“We’re going to offer an anonymous texting service where (participants) can text those (questions) in,” Jump said. “We recognize that some…have questions they don’t want to ask publicly.” He said the texting option leads to more openness.

Aaron Weibel, Senior Pastor of New Site Baptist in Monett, kicked off the first session with the topic “A Man and His Mission,” which covered men’s biblical roles and purposes. Jump said the session attracted over 100 men with five making first time professions or rededications of faith and said, “It was good to hear the sanctuary filled with mens’ voices of praise.”

Dr. Eddie Bumpers, Senior Pastor of Crossway Church in Springfield, discussed “A Man and His Mate” about husband’s roles towards their wives.

Other sessions cover sexual purity through “A Man and His Morals,” led by John Stroup, Executive Director of Freeway Ministries; and “A Man and His Money” about biblical stewardship, with Dr. Neil Franks, President of the Missouri Baptist Foundation, leading the discussion.

The sessions are more than only helping the evangelized, Jump said.

“This is open for the community. We want it to be evangelistic. Each night we’ll have an opportunity for people to come to Christ. Otherwise, we’re just teaching morals and requirements that you can’t fulfill outside of Christ.”

He said men have responded well and have used the conference as a tool to invite others who might not ever come to a church service.

Though this is the church’s first Men’s Month emphasis Jump said, “Based on the response we’ve already had … we anticipate this is an ongoing thing.”

He also hopes the conference will lead men into small groups, such as the church’s Tuesday men’s Bible study. “Short term, large group hopefully leads to a long-term, small group commitment,” he said. “We’ll try to funnel as many as we can from the big event into the ongoing, year-round, discipleship training.”

And an Easter event attracts local families to the church for a meal, children’s activities and egg drop, in which a helicopter drops about 15,000 eggs for children. The activity attracts 1,000-1,500 people who also hear the gospel message.

“The community loves that,” Jump said. “We share the gospel before the drop. We tell them the story of Christ. We call people to respond. Every year we have people respond to Christ.”