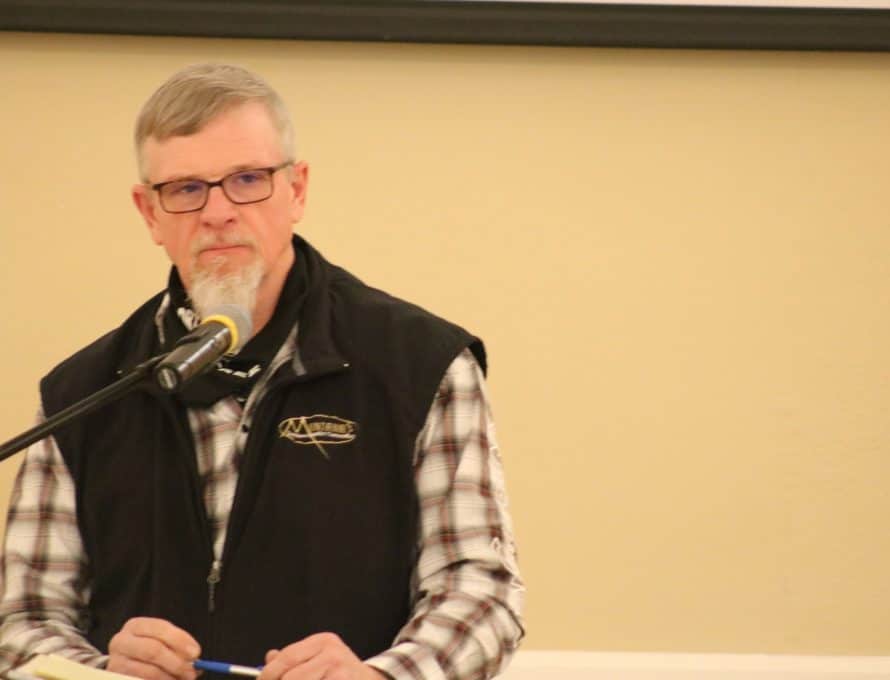 JEFFERSON CITY – Steve Fowler, a former Missourian and longtime minister in Montana, speaks to Missouri Baptists about the potential for mission partnerships between Missouri and Montana Southern Baptist churches.

JEFFERSON CITY – More than a dozen Missouri Baptists gathered, Jan. 28, to hear from former Missourian and long-time Montana minister Steve Fowler about opportunities for building mission partnerships with churches in the state.

“We’re excited about the partnership (with Missouri),” Fowler told The Pathway after the meeting at the Baptist building here. “We’re especially excited about this being a seven-year commitment because we need long-term, positive relationships …. That can make a difference.”

Fowler has found his own niche within the cultures of Montana: namely, stock car racing. In fact, his visit with Missouri Baptists was a stop on his way to the Florida Speedweeks, where he coordinated chaplaincy for World of Outlaws and Racing with Jesus Ministries.

Fowler lived for many years in Missouri, where he met his wife Alesia – a native of West Plains – and surrendered to the ministry. Licensed to preach by First Baptist, Branson, he soon made his way to northern Michigan and then to Montana.

Though he’s filled several roles in Montana, he now serves as the church planting and associational ministries pastor for Emmanuel Baptist Church in Billings. He also operates a racetrack in the city of Great Falls and is co-pastor at Racers Set Free, a ministry to racers, bikers and many others who desperately need to hear the good news of Jesus.