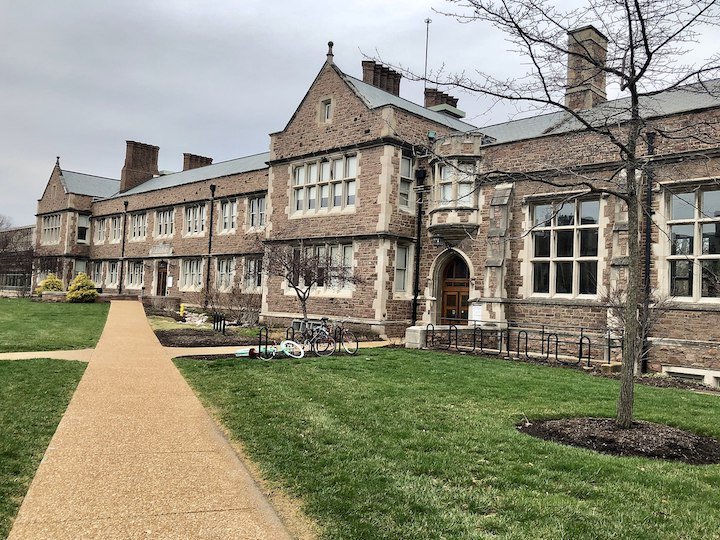 For the second consecutive year, legislation has been introduced in both chambers of the Missouri General Assembly that will impose a 1.9 percent tax on Washington University’s $8 billion endowment, a move that could cost the school more than $150 million annually. The tax would go to the state’s general revenue fund and be used to cut taxes for Missouri families, making it “revenue neutral.” If adopted and signed into law (House Bill 302 and Senate Bill 451), the tax would begin Jan. 1, 2022.

Pro-life lawmakers have become increasingly concerned over what some have called a “‘culture of death’ (that) has existed quietly with Washington University in an unholy alliance with abortion providers and Planned Parenthood for some time.

“Washington University is a premier institution which trains students to perform abortions,” said Sen. Mike Moon, R-Ash Grove, who is the Senate sponsor. “These students are then hired to murder developing human babies across our nation. They won’t stop on their own. This will place a financial hardship on their ability to train these students. It is our hope that the passage of SB 451 will end the practice.”

Supporters say, if the bill becomes law, Washington University’s continuing partnership with Planned Parenthood, the nation’s largest provider of abortions, would present the institution leadership with a difficult binary choice: Stop supporting abortion in Missouri and throughout the United States or pay $150 million per year which would then be sent to Missouri taxpayers in the form of a tax cut.

To date, Washington University would be the only institution impacted by the tax – unless it stops its support of abortions.

“Nothing is more important than for the state of Missouri to return to its foundational elements,” said Rep. Mike Haffner, R-Pleasant Hill, who is sponsoring the House version. “Life is near and dear to Missourians and this bill gives us an opportunity to return to the values we hold so dear. It is a tax that we hope is never collected.”

Washington University provided abortionists to Planned Parenthood’s St. Louis abortuary until it stopped doing surgical abortions. State officials had claimed the St. Louis facility was unsafe after four abortion patients suffered injuries. The Missouri Department of Health and Senior Services attempted to interview the seven physicians involved in the patients’ care. All but one was found to have been affiliated with the Washington University School of Medicine as a faculty member, fellow or resident.

In December, no surgical abortions were being conducted in Missouri; however, the use of abortion pills is rising, and Washington University stands accused of providing abortionists nationally.

Both versions of the bill ensures that any institution of higher education which promotes the immoral, intentional killing of innocent human life does not receive the same tax benefits from the state that healthcare institutions dedicated to saving lives receive, pro-life leaders argue.

“These endowments are currently providing funding for medical fellowships in which physicians are being trained specifically to take the lives of innocent unborn babies for any reason in abortion facilities,” said Susan Klein, executive director, Missouri Right to Life. “An affiliation in the medical field, especially in our higher education institutions where research and training is ongoing, should seek to care for the born and unborn of our society, not seek to intentionally destroy innocent little lives by growing an industry of abortion. SB 451 will let people know where this anti-life training is occurring and let people make an informed decision on where they want to invest their money or don’t want to invest their money for their child’s higher education,” Klein said.

• Washington University leaders have publicly expressed their opposition to pro-life legislation. Dr. David H. Perlmutter, dean of the Washington University School of Medicine and executive vice chancellor for medical affairs co-wrote an editorial in The Post-Dispatch of St. Louis on June 4, 2019, opposing the sweeping pro-life legislation passed in 2019 and signed into law by Gov. Mike Parson. Headlined, “Why are lawmakers inserting themselves into private matters?” Perlmutter argued that the new law would “put our institutions and our state at a significant disadvantage in retaining and recruiting talented health care providers.”

Abortion may be only the start of lawmaker inquiries that could extend into the subject of cloning. Washington University is a major supporter of cloning, and two of its prominent trustees, William Danforth and St. Louis billionaire Sam Fox, helped lead the effort in convincing 51 percent of Missouri voters to put cloning in the Missouri Constitution in 2004.