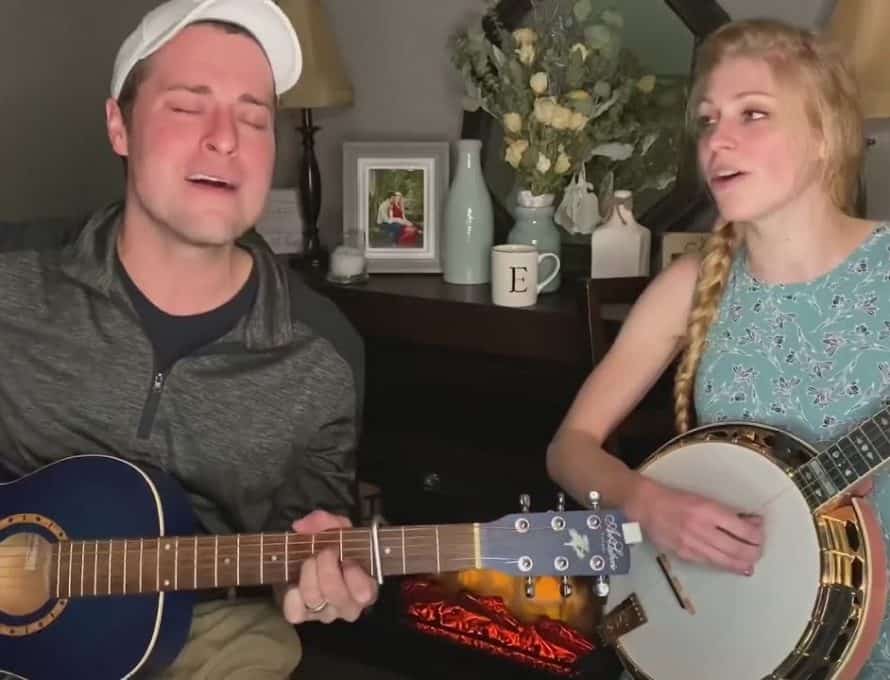 BRANSON – Like the rest of her family, Ellen Petersen Haygood has no qualms about using her platform as a musician to share her faith in Christ.

In 2015, with banjo in hand and Patsy Montana’s song, “I Want to Be a Cowboy’s Sweetheart” on her lips, complete with yodeling – Haygood impressed the judges of American Idol. She advanced to American Idol’s Hollywood competition, though she didn’t make it into the final 24.

“The second I heard the words come out of the judges’ mouths that I wasn’t advancing, I knew that I had something better and more abiding in store for me,” she said at the time, according to the Springfield News-Leader. “That doesn’t mean that I will be more successful, famous, or wealthier, but it does mean that a life pursuing Christ will be more abundant than anything I could ever dream of with American Idol.”

Today, Haygood continues to share her faith through song, performing with The Petersens – a Branson bluegrass band made up of Haygood’s parents and siblings. She has played the Banjo alongside her family ever since her father placed the instrument in her then-13-year-old hands.

The Petersens are made up of Haygood and her three siblings: Katie on the fiddle, Matt on the guitar and Julianne on the mandolin. Their mother, Karen, plays the upright bass, and their father, Jon, plays the piano. Their family friend, Emmett Franz, also joined the band as a composer and dobroist.

The Petersens’ show in Branson features a wide array of music, from “Take Me Home, Country Roads” and the “Bohemian Rhapsody” to “Jolene” and “I Feel the Blues Moving In.”

This fact, according to Haygood, draws a wide audience and gives her family a chance to share the gospel with people who need to hear it. And, of course, they don’t hesitate to include hymns and gospel songs in their shows.

The Petersens celebrated 10 years performing in Branson last year. Though the COVID-19 outbreak brought its challenges, Haygood said the family took the opportunity to put more of their music online. They also released three albums last year, including their first Christmas album.

Of course, Haygood not only enjoys playing music alongside her siblings, but she also loves to perform with her husband of one year, Michael, who hails from another Branson family band, The Haygoods. They married last January at First Baptist Church, Branson, where they and their family are members.

Last year, the newlyweds learned an old hymn together, “Tis So Sweet,” and shared it on social media. (Listen to their performance online at https://youtu.be/qxZhFAVfQ4k.)

“I’ve used songs to battle anxiety for years and this hymn is one of my go-to’s,” Haygood wrote on Twitter. “It’s amazing how quickly peace washes over me when I focus on God, and not my circumstances. It truly is sweet to trust in Jesus.”

To learn more about The Petersens, to buy a ticket to their show, or to hear some of their music, visit www.petersenband.com.