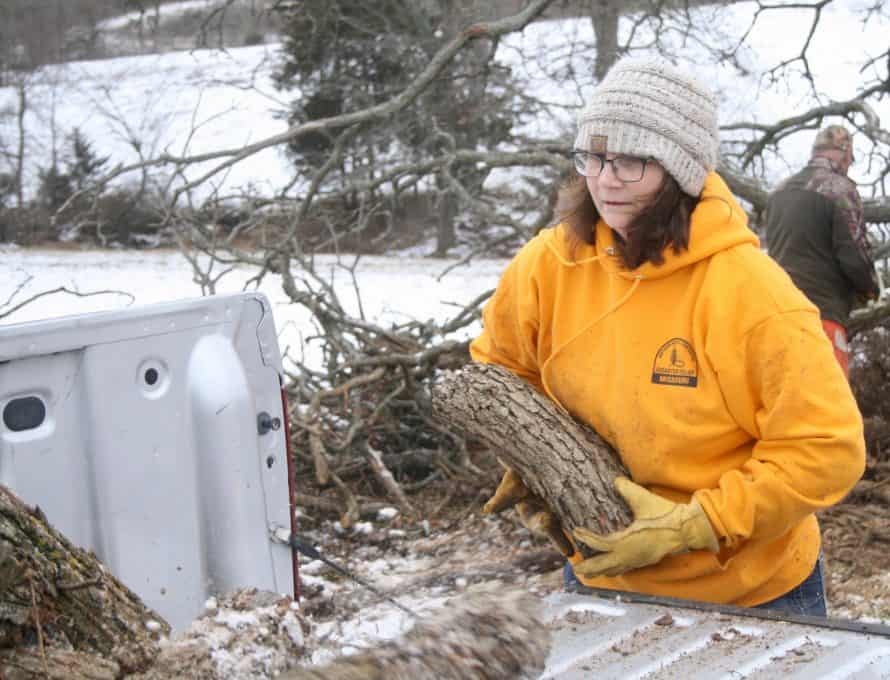 EWING – One Disaster Relief team didn’t wait for a crisis to meet a need.

“We were able to deliver four pick-up truck loads of firewood for the lady in Durham,” said association call-out coordinator Jill Feldkamp.

“She was just ecstatic. She said, ‘This will do for the rest of winter,’” Feldkamp said.

Originally, the Association DR crew was going to cut wood and store it near the Ewing First Baptist Church for anyone who needed it.

“She was the only one we knew who had a need. We’ll cut another day for the wood we store,” Feldkamp said.

The firewood cutting has been a project for two years of the association DR. In 2019, there were several people helped by the effort.

Feldkamp acknowledged this was not an official callout.

“This was a way the group can stay active and help others,” she said.

During the height of the 2020 pandemic, the association DR helped distribute fresh produce to several churches for weeks, serving scores of northeast Missouri families in the association counties of Lewis, Knox, and Clark.