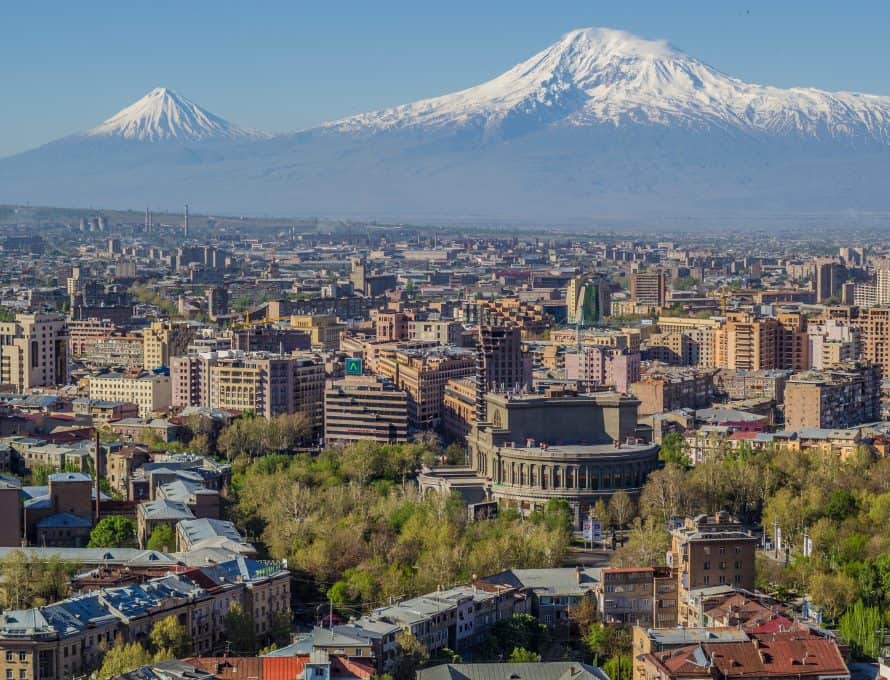 YEREVAN, Armenia – Little more than 100 years ago, an 18-year-old girl staggered into an American relief camp set up along Russia’s border with Armenia.

Immediately, a nurse came to her side. “Are you in pain?” she asked.

“No,” the girl replied, “but I have learned the meaning of the cross.”

Slowly, the girl pulled her sleeve down, revealing on her bare shoulder the figure of a cross burned deeply into her flesh. For seven days, Turkish assailants in her village had asked her whether she would follow Mohammed or Christ. “Christ, always Christ,” she replied daily. In response, one segment of the cross was branded on her shoulder each day. On the last day, her captors told her she would die the following day if she didn’t reject Christ.

Fortunately, she escaped that night. But this girl wasn’t alone in her suffering, and many Armenians never escaped.

On April 24, 1915, the Ottoman Turks ruling in the region had launched a genocidal program against the Armenian people group. As a result, as many as 600,000 Armenians may have died on that day alone – a day that marked one of the “most terrible barbarities in history,” the late Southern Baptist journalists James and Marti Hefley wrote in their 1994 book, By Their Blood: Christian Martyrs of the 20th Century.

A Eurasian nation the size of Maryland with the geography of western Colorado, Armenia is recognized as one of the first countries in the world to accept the Christian religion. Often, as in the genocide of 1915, they became targets of persecution. For this reason, the Armenian people even today show great pride in their country’s Christian heritage.

Even though they value this national heritage, many Armenians have no personal relationship with Christ, and many have a limited knowledge of God’s Word. But recent conflict in the region between Armenia and its culturally Muslim neighbor, Azerbaijan, has opened doors for gospel outreach among the Armenian people.

‘But they have no biblical knowledge’

“The people of Armenia have had indescribable belief in God, through all of the stuff they have been through – the genocide in 1915, the Soviet times, and earthquake. Their faith is not shaken,” said Zhanet Kaprelian, an ethnic Armenian living in Arizona with her husband, Kirk. “But they have no biblical knowledge. And that is very sad for me.”

Though Zhanet was born in Iran and Kirk in Iraq, both are proud of their Armenian roots – and they’re not alone. Although Armenia has a population of less than 3 million, an estimated 11 million ethnic Armenians live across the globe.

Last year, the Kaprelians helped move their grown son to Yerevan, the capital city of Armenia, where he now lives. But soon after they left, a military conflict broke out between Armenia and Azerbaijan – leaving the Kaprelians deeply worried about their son and about their beloved homeland.

This crisis began when, in late September, fighting once again erupted between Armenia and Azerbaijan. The conflict centered around a contested territory called Nagorno-Karabakh – an enclave within Azerbaijan that is roughly the size of Delaware and that was largely populated by ethnic Armenians. To the Armenians, the contested region is known as Artsakh. 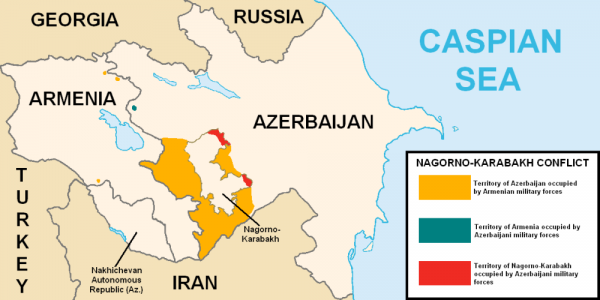 According to the Wall Street Journal, the conflict led to 5,000 deaths on both sides, and it forced more than 100,000 civilians to flee their homes.

Most fighting ended with a Russian-brokered cease-fire, Nov. 9, and since that time the Kaprelians have labored to support the people of Armenia. They had planned a trip there in early 2020, but their plans fell through when they came down with COVID-19.

According to Zhanet, Armenians welcomed the new year with little celebration. Since Armenia failed in their efforts to liberate Artsakh, she said, “everybody is either angry or depressed – or both.” Many are hurting – especially among Armenia’s young soldiers suffering from PTSD.

Though she wishes such times would never have come upon Armenia, she added, “I think this is a great opportunity…. In difficult times, God speaks.”

Indeed, one family with Missouri Baptist roots is taking advantage of the opportunity to share God’s love amid the hurt that the people of Armenia feel.

David Smith* grew up in a Missouri Baptist church in St. Louis and felt God’s call to missions during a Missouri Baptist Convention Super Summer event in the late 1980s. During college, he met his wife – then a nursing student in Oklahoma – while they were both training for a summer project in Africa.

Today, the Smiths serve as Southern Baptist relief workers, having spent two decades working with the people of Armenia. In the aftermath of recent conflict, they have worked with local churches to help refugees from the region of Artsakh.

Through funds from SEND Relief Global, they have helped to provide clothing, hygiene and household items, blankets and other necessities. They’ve helped train Armenian doctors how better to counsel and treat soldiers with PTSD, and they’ve brought comfort to doctors struggling from “compassion fatigue.”

David hopes these efforts to help the Armenian people amid hardship will strengthen relationships and open new avenues for gospel witness. In fact, he is already beginning to see a spiritual harvest from the efforts of Armenian churches.

“A national church that we helped start held a retreat for the displaced people from the war that they have been working with,” David told The Pathway. “There were about 125 unchurched people who attended the retreat. By the end of the week all of the adults prayed to receive Christ. There were about 90 adults from Artsakh. The rest were children and youth. The local pastor said he had never seen anything like this before.

“Because of the number of people that have responded to the gospel, the partnering church is planting a new church in Armenia.”

The Armenian people “are a very kind and wonderful people group to work with, to partner with,” David said. Through the years “God has moved in a lot of ways,” he added, describing how in some villages “whole households have come to Christ” and sharing how God has unified Armenian churches for ministry.

David urged Missouri Baptists to continue praying for the region:

• that there would be peace between Armenia and Azerbaijan;

• that God would bring His comfort to the families of those who have died because of the conflict between Armenia and Azerbaijan;

• that, in Christ, churches would grow in unity;

• that God would pour His Spirit out in both Armenia and Azerbaijan, so that people would hear the gospel, repent and trust in Christ;

• and that God would bless the Smiths and their two children as they continue their work in the region.