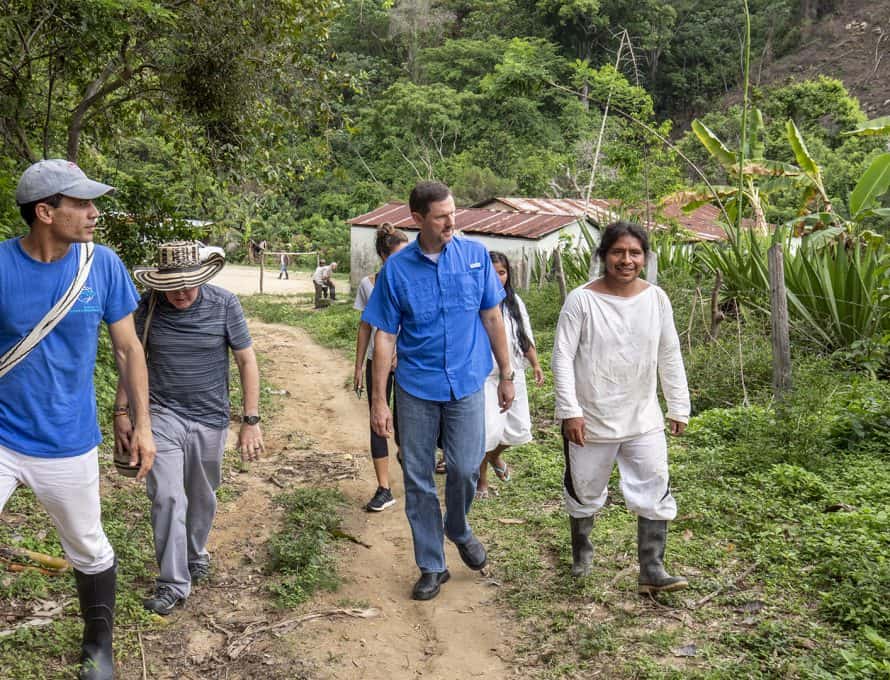 RICHMOND, Va. (IMB) – The International Mission Board’s 175 years of ministry among the nations resulted in the formation of 140 Baptist conventions and unions in 73 countries. These conventions and unions are reaching their own people and are sending their own missionaries to spread the gospel. These Baptists come from a myriad of countries spanning the globe, from the Southeast Asian nations of Indonesia and the Philippines to Spanish-speaking countries of Ecuador and Cuba.

The IMB seeks to partner with and provide training for Baptists from these conventions and unions. Amanda Dimperio, IMB’s director of globalization, is leading the effort to provide guidance to national partners. Dimperio says the IMB defines globalization as, “Working with our national partners to help them embrace their role in the Great Commission [and] seeking to encourage and expand their capacity to send and receive cross-cultural missionaries.”

“Instead of U.S. churches sending internationals, we’ve recognized it is healthier, more sustainable and more appropriate for IMB and our churches to invest our 175 years of experience in assessment, sending-support structures, training and strategic areas into national partners,” Davis said. “We provide training and guidance to local churches and conventions overseas in helping them organize to send, but we also are expanding our overseas IMB teams to include global partners as team members.”

The IMB refers to  national partners serving on missionary teams as Global Missionary Partners (GMP). GMPs are cross-cultural missionaries who are affirmed and sent by a local church and sending entity in their home country. The GMPs are nurtured and affirmed by IMB personnel and work in cooperation with an IMB field team.

“A team in Africa may have IMB (US-sent) missionaries and a Brazilian-sent missionary, or a Korean national may join an IMB team in North Africa,” Davis said. “This is already taking place and is gaining momentum.”

Dimperio said the international Baptist conventions that have sent the most GMPs are the Western Baptist Convention of Cuba and the Huayu International Missions Agency of Taiwan (H.I.M.).

Five missionaries from H.I.M. have recently been sent out to serve on IMB teams.

Cuban Baptists have four couples serving in Colombia, one in Uganda, and soon, several more GMPs will be commissioned to serve in Northern Africa and the Middle East.

“We have prayed to the Lord of the harvest to send out more laborers into His harvest field, and we see Him answering that prayer in a great way,” Dimperio said. “We are currently working with several other national Baptist conventions, mostly in Latin America, but also in Africa, Asia and Europe, to help them send their first cross-cultural missionaries to serve in cooperation with IMB field teams. We hope to partner with many more in the future, to share our resources of 175 years of experience, cross-cultural training and mentoring so that they can send and sustain their own missionaries.”

Jeff Ginn,  leader for IMB’s American Peoples Affinity, said leadership in the region, in conversation with local partners, set a goal of working with national partners and U.S. churches to send 75 GMPs by the year 2025.

The IMB remains committed to partner with Baptists around the world to fulfilling the Great Commission and has made adding 500 global partner missionaries to missionary teams a target goal for 2025.

Increase LMCO receipts 6% annually to sustain the 500 additional missionaries, or $10 million per year for the next five years.