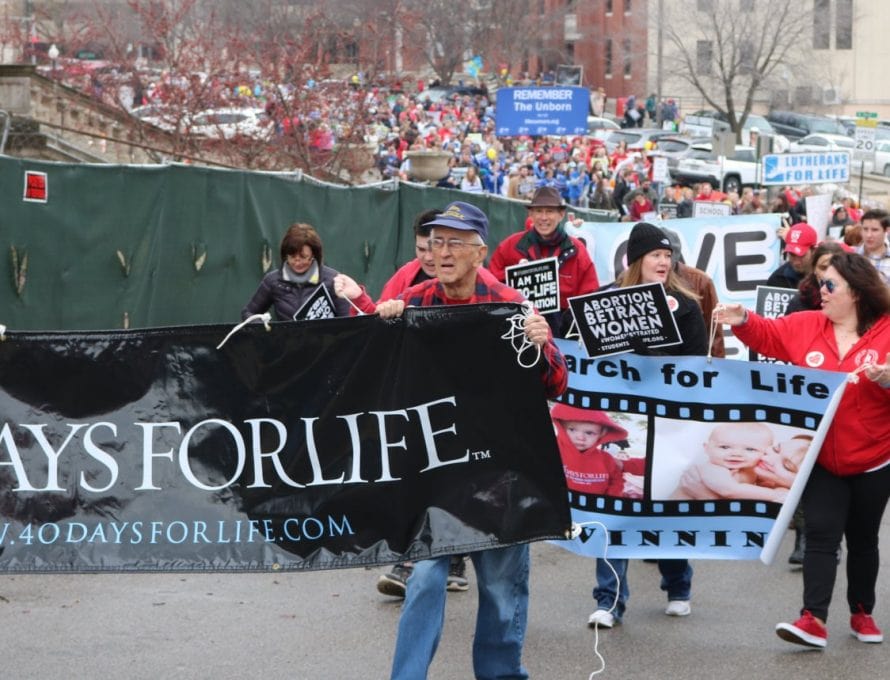 JEFFERSON CITY – Organizers are hoping Missouri Baptists show up in force April 14 to help continue the pro-life momentum that is building in the Show Me State.

Bonnie Lee, a registered nurse, pro-life advocate and member of Open Heart Baptist Church, Columbia, is part of the Midwest March for Life slated to take place April 14 at the Capitol in Jefferson City. She asked Missouri Baptists to step up and join the grass roots activism for life, which has often been Catholic-led effort.

“We’ve really worked to let people see that this isn’t just a Catholic thing,” she said.

Lee also said the event is being moved to a Wednesday in April instead of a Saturday in February as it has been in years past. This will allow more direct interaction with lawmakers.

“One of the reasons God has been blessing Missouri [with fewer abortions] is because we have many faithful and godly legislators,” she said. “They need to know the people are behind them now more than ever to stand up and speak up for life.”

A pre-rally will begin at 9:15, followed by the actual march at 10 from the south lawn of the Capitol, culminating in the rally at 11, also on the south lawn.