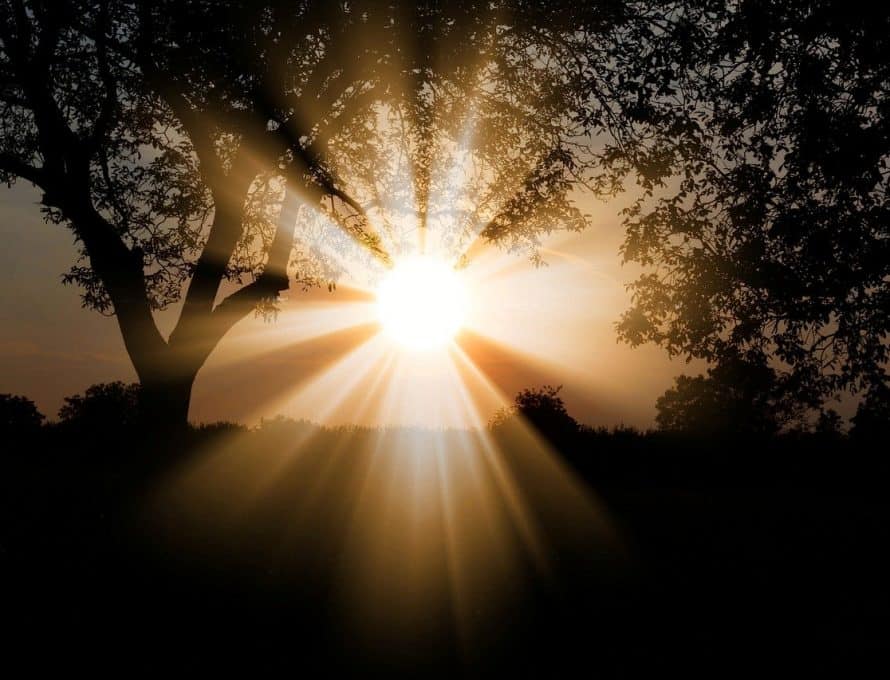 ANABEL – While the intense guilt she felt after living 20 years of her life as a Mormon once threatened to overwhelm her, now Michele Jorgenson can clearly see what led her into that life and made her a ‘golden contact’ for the Church of Jesus Christ of Latter-day Saints.

“Although I loved Jesus as a child, and accepted His gift of eternal life, I never grew as a Christian,” said Jorgenson, member of Ten Mile Baptist Church here. “I did read the beautiful Bible stories almost daily, but I was not discipled. I did not learn my Bible. That was my most grievous error.”

So, when those friendly young missionaries knocked on her door—she a teenage newlywed living far from home with a toddler around her ankles and a baby on the way—she invited them in and made friends. And suddenly the little life she had with her babies and her first husband didn’t seem quite so lonely anymore.

“I know now that we were love-bombed by them,” Jorgenson said. “They sensed that we lacked family ties and connection and they swooped us up and embraced us as one of their own.”

Jorgenson’s book, After Darkness, Light! My Education in Grace is built around the journal entries she wrote during her 20 years in Mormonism. Ironically, Mormonism encourages journal writing as a “duty,” so Jorgenson wrote faithfully during that entire period of her life.

Jorgenson’s book is a raw look at her thoughts and feelings (and oftentimes confusion) as she raised her children while immersing herself in Mormonism study and service. She even lays out the “secret ceremonies” at the Mormon temple and what it was like to learn her secret name, “take out her endowments,” and be sealed with her family at the Mormon temple.

“I had been taught that we were not supposed to talk about the secret rituals of the temple outside of the temple because Satan might hear those secrets and twist them around into evil,” Jorgenson said.

Of course now Jorgenson sees that the prevalent secrecy had nothing to do with Satan and more to do with the ever-changing false religion that drives Mormonism.

“Mormonism shifts and evolves with whatever direction the current prophets and the overall profit guides it,” she said.

Having left the Mormonism in 1999, she’s often taken aback at some of their phrases and the message they project in order to present themselves as more “Christian-looking.”

“I’ve even heard them use the word ‘saved’ in their rhetoric, which is a term I never heard from anyone in my 20 years as a Mormon,” Jorgenson said.

While Mormonism pulled her away from Jesus and truth about who God is and the gospel message during her young adult years, she is so thankful that Jesus never gave up on her and that He kept pursuing her.

“Now when people ask, ‘Michele, how did you ever free yourself from this cult?’ I simply tell them, ‘I didn’t! My Lord and Savior, full of mercy and grace, reached right down and plucked me from its grasp! I am forgiven!” she said.

And though some suggest that her first-person book is an act of revenge or a way to get even with a religion that looked the other way during some of the worst betrayals of her life, Jorgenson said that is not her intention at all.

“My hope and prayer is to expose the lies and show the truth,” she said. “I know there are people out there like I was—confused and naïve and caught in something they can’t seem to find their way out of. My prayer is that my experience and the truth that I learned will help them escape. Mormonism is a cult and my prayer is that the Lord would expose them and yes, cause it to end.”

For more information or to purchase “After Darkness, Light! My Education in Grace” e-mail James Jorgenson at runjimrun@hotmail.com.