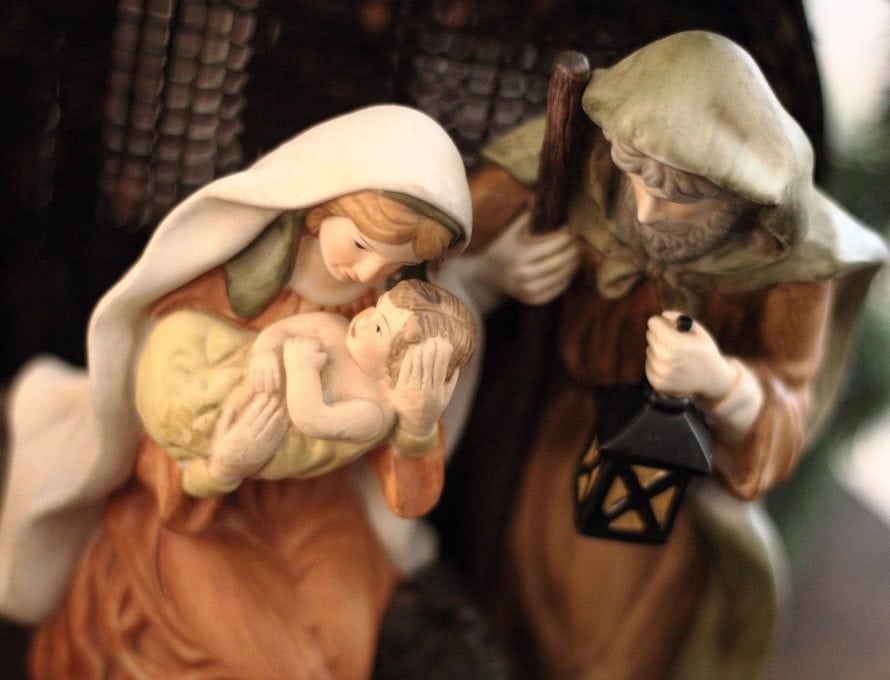 This is the 20th in a series of articles, excerpted from “What Every Christian Should Know About the Trinity,” available through Amazon and other booksellers.

While the Old Testament offers glimpses of a second Yahweh figure – a visible manifestation of the one true God – the New Testament presents a more complete picture of the second person of the Godhead. Let’s begin with Jesus Himself.

Muslims, Jehovah’s Witnesses, and atheists often argue, “Jesus never claimed to be God.” They assert that Christians have corrupted or misinterpreted the New Testament, or they reject the Bible outright.

But for those willing to consider the eyewitness testimony of the New Testament writers, and the convincing evidence that their words are accurately preserved, we may point our unbelieving friends to seven ways that Jesus does, in fact, claim deity.

2. Jesus claims equality with God. In John 10:30, Jesus states, “I and the Father are one.” His frequent reference to God as Father – especially by the intimate Aramaic term Abba, or Papa – rankles the religious leaders. John writes, “This is why the Jews began trying all the more to kill him … he was even calling God his own Father, making himself equal to God” (John 5:18).

In His high priestly prayer, Jesus anticipates once again sharing the glory He had with the Father before the world existed (John 17:5). This is a telling claim, for the Old Testament makes it clear that God does not share His glory with anyone else (Isa. 42:8; 48:11).

3. Jesus receives worship. After Jesus’ resurrection, Thomas examines Jesus’ hands and side and declares, “My Lord and my God” (John 20:28). Jesus commits blasphemy if He receives Thomas’ worship unless He really is God. Similarly, when Jesus meets the eleven disciples in Galilee following His resurrection, Matthew records, “When they saw him, they worshiped, but some doubted” (Matt. 28:17).

4. Jesus forgives sins. When Jesus tells a paralytic man, “Son, your sins are forgiven,” the scribes immediately think, “Why does he speak like this? He’s blaspheming! Who can forgive sins but God alone?” Jesus exposes their private thoughts and demonstrates His authority to forgive sins by healing the paralyzed man. The visible miracle of healing is used to show Christ’s power to perform the unseen miracle of forgiveness (Mark 2:1-12).

5. Jesus teaches with divine authority. In John 8, the Pharisees say to Jesus, “You are testifying about yourself. Your testimony is not valid.” Jesus responds, “My judgment is true, because it is not I alone who judge, but I and the Father who sent me. Even in your law it is written that the testimony of two witnesses is true. I am the one who testifies about myself, and the Father who sent me testifies about me” (John 8:13-20).

When Jesus teaches in the synagogue at Capernaum, His listeners are astonished because He teaches as one who has authority, unlike the scribes (Mark 1:21-22). The Greek word exousia, translated “authority” in this verse, typically is used in the Bible for God’s own authority. Jesus does not rely on the expertise of others. He speaks the very words of our Creator (see John 12:49-50).

6. Jesus affirms the apostles’ statements of His deity. Jesus promises the apostles that the Holy Spirit will guide them into all truth and bring to their minds the things He says and does. In effect, He confirms in advance what they write later. For example, John calls Jesus God and says He is the Creator who took on human flesh (John 1:1-3, 14). Paul tells us that in Jesus the fullness of deity dwells bodily (Col. 2:9); that He added sinless humanity to His deity (Phil. 2:5-11); and that He is the Creator (Col. 1:15-16). The writer of Hebrews declares the deity of Jesus as well (Heb. 1:1-4).

7. Jesus demonstrates the attributes unique to God. In John 16:30, Jesus’ disciples exclaim, “Now we know that you know everything” (omniscience). In Matthew 28:20, Jesus assures His followers He is with them always (omnipresence). And in Matthew 28:18, He claims all authority (omnipotence). In addition, Jesus is eternal (John 1:1), immutable (Heb. 13:8), and the judge of all people (John 5:22). Even the Father calls Jesus God (Heb. 1:8).

Next: The eyewitness testimony of Christ’s deity