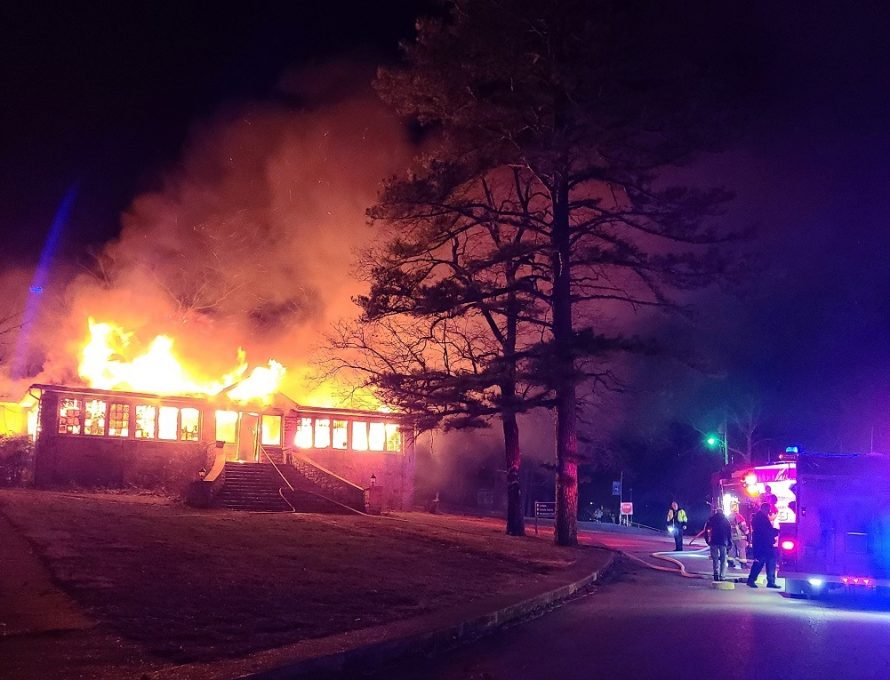 ROACH – Firefighters were dispatched to the Windermere Baptist Conference Center here at 5:07 a.m., Dec. 23, as flames engulfed a “structure” attached to the campground’s main dining hall, according to Fire Chief Scott Frandsen of the Mid-County Fire Protection District (MCFPD).

Windermere is owned by Straightway Holdings, Inc., a subsidiary of the Missouri Baptist Foundation.

“Firefighters immediately began to attack the fire using multiple hose lines,” Frandsen reported. “There were winds gusting more than 30 MPH which made controlling the fire difficult. Due to the extraordinary efforts of the first arriving firefighters, they were able to keep the fire out of the main dining hall.

“The MCFPD Fireboat responded to the scene and was able to provide the water from the Lake of the Ozarks needed to control the fire,” Frandsen added. “Firefighters were able to bring the fire under control approximately 2 hours after they arrived on scene. The structure where the fire originated was a total loss, with the main dining hall receiving minor smoke and water damage.”

The Fire Marshal’s Office is investigating the incident, though the Frandsen reported that the fire currently doesn’t “appear to be suspicious in nature.”

“All firefighters cleared the scene at 9:05 AM.”