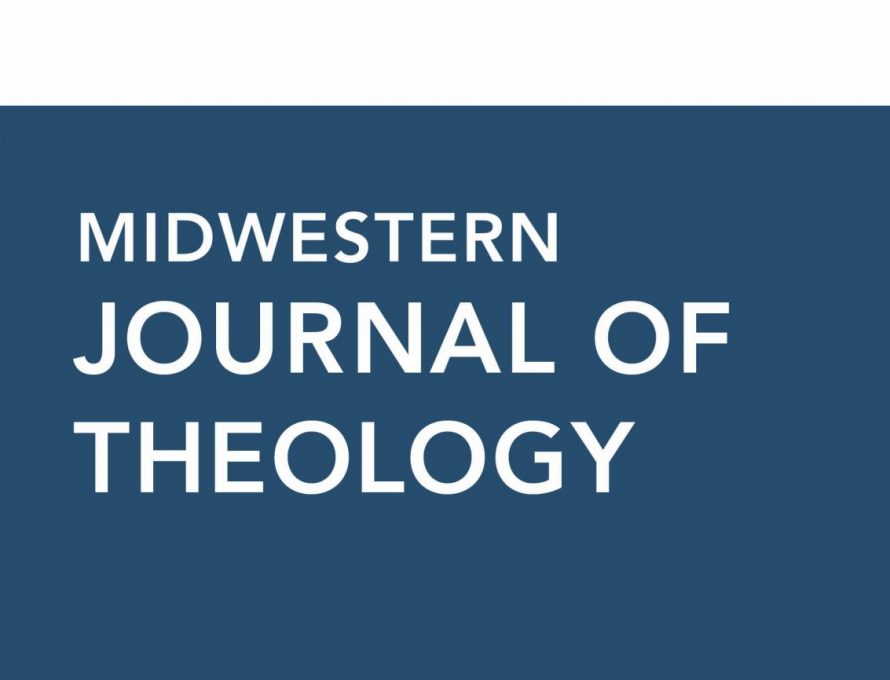 KANSAS CITY – Midwestern Seminary released its Fall 2020 issue of the Midwestern Journal of Theology on December 10, featuring works by several of the school’s faculty as well as academics from the wider Baptist community.

The fall edition addresses theological topics ranging from the use of Psalms in devotional practice, the Bible’s description of ethnic harmony, Charles Spurgeon’s view of the role of the church in the stand for orthodoxy, and the significance of authorial answers for the interpretation and meaning of Deuteronomy.

President Jason Allen said of the Journal’s recently-released edition, “Dr. Michael McMullen continues to deliver an encouraging and edifying group of academic works that portend to strengthen the church and the academy in varying degrees. This issue of the Midwestern Journal of Theology will be helpful to many as it explores pertinent issues related to Scripture and its application within the church and culture at large.”

McMullen, who also serves as professor of church history, noted that this issue of the MJT features noteworthy scholarly articles written by Midwestern Seminary faculty members, but he’s also thankful for the pieces received from contributors in like-minded institutions as well.

The MJT’s selections begin with “Read, Pray, Sing: The Psalms as an Entryway to the Scriptures.” The piece which is equal parts scholarship and devotion is written by Ray Van Neste, dean of the school of theology and missions and professor of biblical studies at Union University in Jackson, Tenn. In the article, Van Neste reflects on the historical use of the Psalms as a means for understanding the whole of Scripture. Van Neste also suggests the Psalms serve practical purposes for believers and are meant to be “read, prayed, and sung.” Of the article, McMullen notes Van Neste’s “scholarly, devotional reminder” encourages the use of the Psalms “especially as an entryway to Scripture.”

Van Neste’s article is followed by an entry from Andrew Naselli entitled, “What the Bible Teaches About Ethnic Harmony.” McMullen describes Naselli’s article as a “very timely, biblical description and analysis of the true nature of ethnic harmony.” The article, an adaptation from a January 2020 seminar Naselli led, organizes what Scripture says about ethnic harmony according to eight propositions, each reflecting arguments from the biblical text and made applicable to present-day events and circumstances. Relying upon scholar Danny Hays’ framework, Naselli aims to address God’s perception of ethnicity, the Bible’s portrayal of multiethnic cultures, the church’s role in maintaining unity, and man’s responsibility to encourage diversity and love justice. Andrew Naselli serves as associate professor of systematic theology and New Testament at Bethlehem College and Seminary and as a pastor at Bethlehem Baptist Church, both located in Minneapolis, Minn.

The next article, “C.H. Spurgeon, the Downgrade Controversy, and the Militant Church,” is written by Geoff Chang and is the issue’s “penultimate piece,” according to McMullen. Chang serves as assistant professor of historical theology at Midwestern Baptist Theological Seminary and is the curator of the Spurgeon Library, located on the seminary campus. In the article, Chang reflects on Charles Spurgeon’s role in defending orthodoxy amid the 19th century “Downgrade Controversy.” Chang notes the increased encouragement Spurgeon received from his own congregation during the dispute and aims at the content of Spurgeon’s preaching as a likely reason for their support. In Spurgeon’s sermons preached from August 1887 to April 1888, Chang notes, there was an increased focus on the “militant role” of the church in light of increased threats within the church from proponents of liberal theology. Spurgeon remained steadfast and unmoved against the opposition. According to Chang, Spurgeon’s “call to the church in his day remains every bit as relevant as in ours.”

The final essay in the fall edition of the MJT is written by N. Blake Hearson, associate professor of Old Testament and Hebrew at Midwestern Baptist Theological Seminary. The piece spotlights a portion of ongoing debate surrounding the authorship and date of the book of Deuteronomy. Hearson reflects on several arguments from proponents of Old Testament “Source Criticism” in contrast to traditional arguments for Mosaic authorship. Hearson suggests conclusions regarding the author and date of Deuteronomy have a sizeable effect on the interpretation and meaning of the book. He points out it is necessary to spell out the disagreements in hopes of avoiding any adverse effects.

In addition to the scholarly articles, readers will find several relevant and thought-provoking book reviews, many of which were written by Midwestern Seminary doctoral students.

Midwestern Seminary’s Journal of Theology is available in print version for subscribers. To subscribe, contact the Academic Office at (816) 414-3745 or Lduarte@mbts.edu.

Additionally, guests may view the issue in its entirety for free on the seminary’s website, www.mbts.edu/journal.