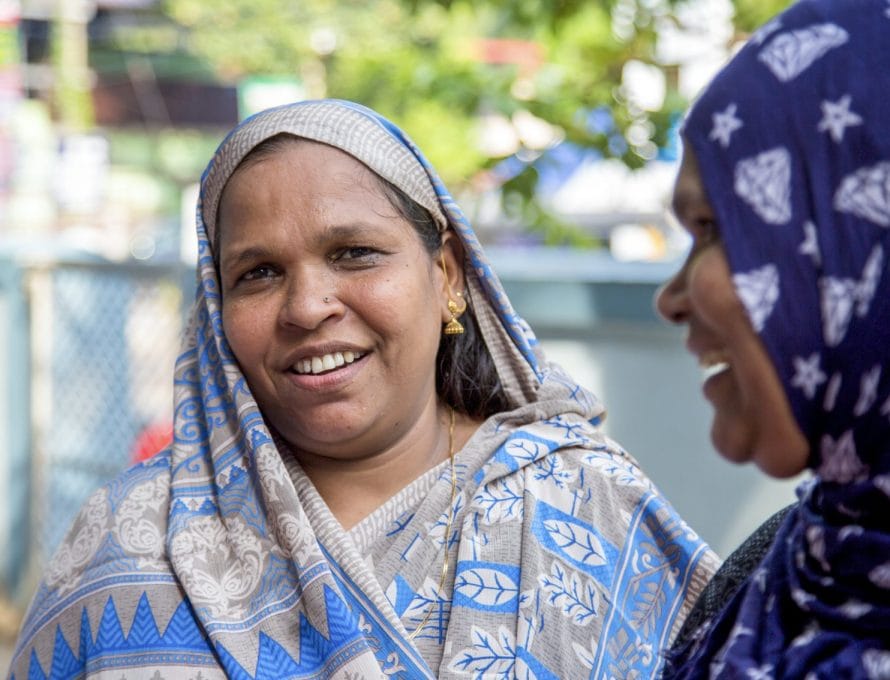 SOUTH ASIA – Women from an unreached Muslim people group in South Asia have recently begun to show more of an interest in the gospel. Christian workers in the region have led several women to faith and have started discipleship groups. (IMB Photo)

SOUTH ASIA (IMB) – Twenty years is a long time. That’s how long it took to establish a gospel presence among a Muslim unreached people group of 10 million in South Asia.

Ministry among the people group stalled for a number of reasons. IMB workers attempted to move to the region but were unsuccessful. Other families moved to the area, but they too had to leave for various reasons.

After years of setbacks, Luciano and Sofia Serrano*, a Christian couple from Brazil, moved to the region. The Serranos are partnering with Ralph and Lovie Adair*, IMB workers who live in a neighboring region.

Shortly after the Serranos’ arrival, Sofia and a local Christian led several women to the Lord and are discipling them.

The region where the people groups live is known for its large Christian population. Despite the presence of Christ-followers in the area, many Christians are afraid to share the gospel with Muslims. Many have doubts about whether Muslims will choose to follow Christ because they have historically been resistant to the gospel.

Ministry efforts seek to embolden and equip local Christians to share the gospel with their Muslim neighbors. The Adairs and the Serranos diligently look for Christians who speak the same language as the people group and who are willing to learn how to effectively share the gospel with Muslims. During ministry training events, the couples model evangelism and one-on-one discipleship. Participants have a chance to put into practice what they learn by going out into the community to share.

“Make no mistake, the Spirit of Christ has always left Himself a witness among the [people group], even if we haven’t seen it. But the time has come, and is coming when bold national partners rise up,” Ralph said.

Saalim* is a national partner who has risen to the challenge. Saalim is from the people group. He became a Christian 10 years ago but he recently made the commitment to be intentional in sharing his faith. Ralph, Luciano and Saalim share the gospel in neighborhoods, and Saalim faithfully follows up with the men and women they meet.

The Adairs believe serving alongside the body of Christ is crucial to reaching the people group.

Pastors and volunteers from two churches in the U.S. have traveled to South Asia to learn how their churches can partner with the Adairs. Ralph and Lovie pray more churches will join them both in prayer and by coming on short-term trips to sow seeds of the gospel that lead to the establishment of churches.

“Churches and pastors don’t have to have international missions all figured out,” Ralph said. “They just need to be willing to follow Christ and serve; they can learn and grow in the details of the task as they move forward in trust.”

The Adairs’ desire is for the next 20 years to be a revolutionary and transformational chapter in the history of the gospel work among this people group.