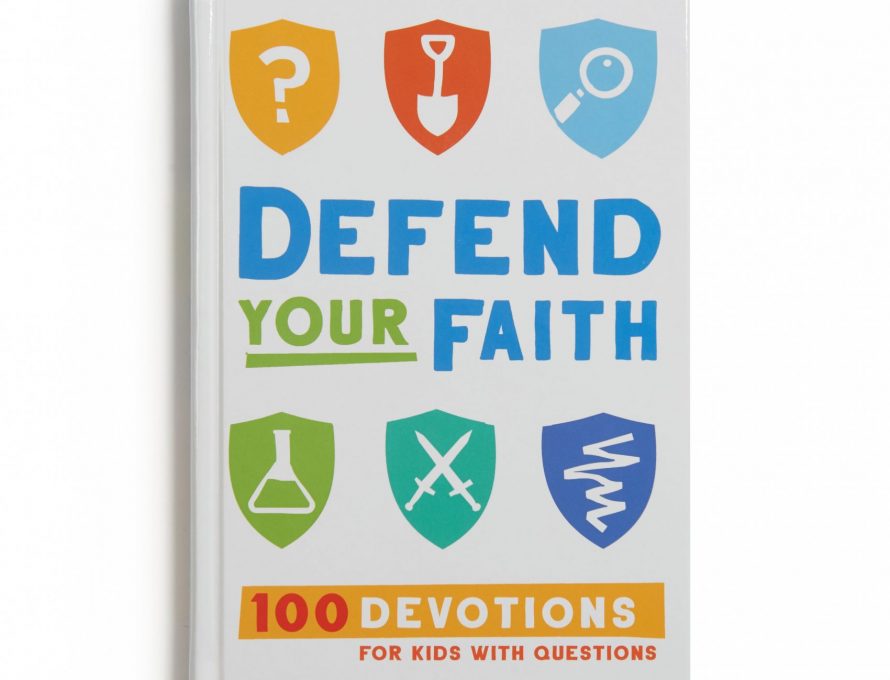 EDITOR’S NOTE: To learn more about Christian apologetics, visit the website of the Missouri Baptist Apologetics Network at https://mobaptist.org/apologetics/mban/.

NASHVILLE, Tenn. – When Jesse Florea glances out his office window at the patchwork display of fall colors surrounding the snow capped summit of Pikes Peak in Colorado, he’s reminded of the power of worldviews.

“Someone with an atheistic worldview might look at those mountains and say, ‘Billions of years of erosion and tectonic plate movement made some neat-looking peaks,’” said Florea. “But someone with a Christian worldview looks at the same mountains and says, ‘God created such a beautiful world for us to enjoy. His handiwork and love are obvious in the majesty of nature.’”

Running his fingers along the window frame, Florea is next reminded of a Bible verse he once wrote on the studs of the house when it was being built. The verse, now quietly tucked behind layers of plaster and paint, is Romans 1:20:

“For his invisible attributes, that is, his eternal power and divine nature, have been clearly seen since the creation of the world, being understood through what he has made. As a result, people are without excuse.”

This verse, along with others, reflects Florea’s heart in helping children develop and grow a Christian faith that’s built on solid evidence.

The power of apologetics

Florea is the author of several apologetics books for kids including “Defend Your Faith: 100 Devotions for Kids with Questions” and “The Case for Christ Young Readers Version” written with Lee Strobel. He’s also the editor of the “CSB Defend Your Faith Bible” and has served for more than two decades as the editor of Focus on the Family’s Clubhouse and Clubhouse Jr. magazines for kids.

Florea’s own journey with apologetics—which he describes as looking into facts and building one’s faith in Christ on evidence—started as a teenager when his mother gave him the book “More Than a Carpenter.” He later received apologetics training at Wheaton College and at his local church, listening to Strobel teach a sermon series that would become the bestselling book “The Case for Christ.”

While Florea’s familiarity with apologetics began later in life, he believes it’s important for churches and parents to begin introducing kids to evidence for the faith at a young age—even before they make a personal profession of faith.

“Apologetics is an amazing evangelistic tool,” Florea said. “It’s the Holy Spirit who softens people’s hearts to the truth of the gospel, but by studying the evidence and facts for Christianity, a person seeking the truth can gain even more confidence in his or her decision to follow Christ. Becoming a Christian takes faith and belief. Apologetics makes that belief much stronger because it’s built on facts.”

Establishing a foundation in apologetics early on may also help guard against the church drift many young adults who grow up in church experience as they get older.

In a 2017 study, LifeWay Research found that young adults who drop out of church are less likely to say, “The student ministry taught me how to defend my Christian faith” (46% v 63% among those who stayed in church).

“The more children and students can understand about their faith at a young age, the better equipped they’ll be to stand firm when their beliefs are challenged during their teen and college years,” said Florea. “Following Jesus isn’t a blind faith. The facts and evidence are on the side of Christianity.

“I believe when kids and students dig in and look at an issue, such as creation versus the theory of evolution, they’ll discover it actually takes more faith to believe in evolution than it does in a Creator God.”

Despite the value of discovering apologetics early in life, many Christians only become familiar with the topic in a specialized Bible study class or during higher education courses. Florea believes this is likely due to adults being intimidated by apologetics and underestimating children’s ability to comprehend it.

Regarding the latter, Florea says Christians need to change their thinking.

“Kids may lack life experience and the wisdom that years bring, but they are thinking, feeling, loving, smart human beings created in the image of God. They want to be challenged in their faith,” Florea said.

“They want to know things about Jesus that others don’t know. Instead of talking down to or underestimating kids and students, we need to be equipping them with the truth and sending them out to change the world.”

How families can teach apologetics

If discipleship is supposed to begin in the home, then parents are the first ones tasked with helping their children understand the evidence behind the Christian faith. Florea believes this begins by cultivating a home environment where kids are openly encouraged to ask questions about Christianity.

“Questioning your faith isn’t bad; it’s healthy,” he said. “When we ask a question, we aren’t displaying doubt—we’re showing a desire to learn. But we can’t get stuck in our question; we have to look for answers. And most importantly, we have to search for truth in the right places.”

Florea believes parents can help direct kids to the right answers by modeling Bible reading and leading regular family devotions. To help equip families for the latter, he recently released “Defend Your Faith,” a family resource from B&H Publishing that contains 100 devotions presenting evidence and facts about big questions of faith and life.

Through such devotions, parents can examine the Holy Land at a distance to see how biblical archeology has proven that the people and places described in the Bible are real, explore science to show God’s order and design in creation, and allow kids to wrestle with questions such as “How do I know that the Bible is really true?”

“Over and over again, it’s been proven that parents have the greatest impact on their children’s lasting faith,” said Florea. “Family devotions are extremely important in this regard. In just a few minutes each day, devotionals can open up important discussions for parents and children.”

How churches can teach apologetics

“Ministries can invite kids and students to ask questions about their faith,” he said. “This can be done anonymously. Then, once a month, leaders can select a few questions and address them during the teaching time.”

Florea also believes that pastors and other church leaders can partner in an equipping role with parents.

“As a parent, we might not have all the answers. But we can go to our pastor and leaders for wisdom and direction in how to answer them.” he said. “I also think churches should encourage families to use different apologetics study Bibles for their daily reading. In this way, apologetics learning can happen naturally as parents and children read God’s Word for themselves.”

The purpose behind apologetics

As churches and families work to equip children and students with an early foundation in apologetics, it’s important for them to remember the purpose for establishing evidence for the faith. It’s not about tearing down detractors but is rather about reaching the lost by lifting up Christ and the claims of His gospel.

“God doesn’t call us to argue another person into heaven, but the apostle Peter did tell us, ‘in your hearts regard Christ the Lord as holy, ready at any time to give a defense to anyone who asks you for a reason for the hope that is in you,’” Florea said.

“When the next generation has a heart for Jesus, their hope for the future will be evident to others. Then by studying apologetics, if someone asks what’s different about them, they can take the opportunity to talk about Jesus and share the evidence that makes up the foundation of their faith.”