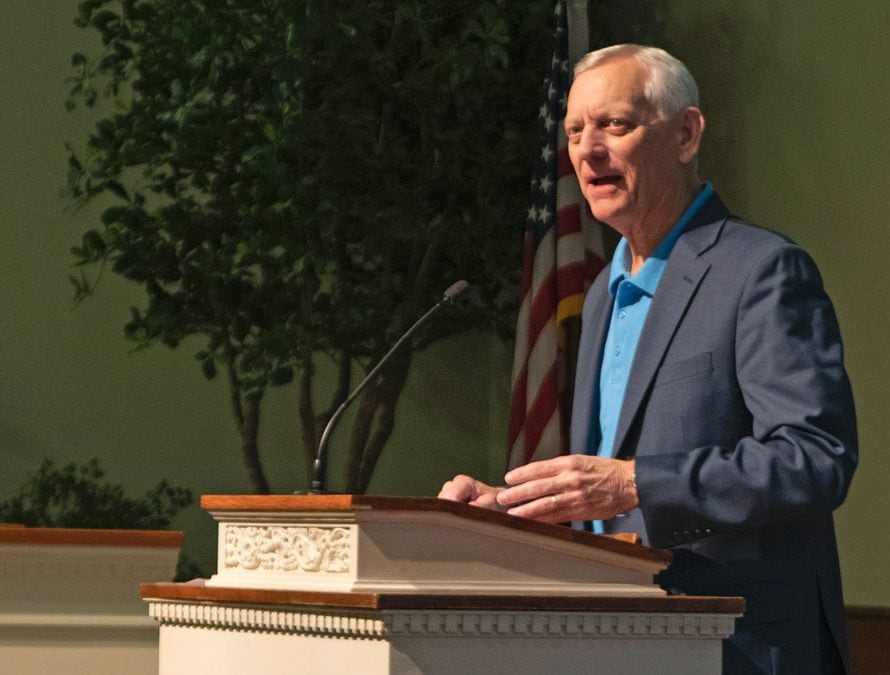 AUSTIN, Texas (BP) – Jim Richards, the executive director of the Southern Baptists of Texas Convention (SBTC), has announced his intention to transition from leadership, effective Dec. 31, 2021.

Richards, who informed the SBTC executive board of his intention during its meeting Wednesday (Nov. 11), is the founding executive director of the 22-year-old state convention, which has grown from 120 affiliated churches when he was elected in November 1998, to nearly 2,700 churches today. Richards, who turns 68 in December, came to the convention after serving as a director of associational missions in northwest Arkansas.

During its meeting in August, the board approved a succession plan and established a transition/search team. The board’s executive committee – made up of the vice chairman, secretary, committee chairmen and convention president – plus two at-large appointees will comprise the team.

Richards told the board that he originally planned to begin his process earlier.

“I had planned on April 2 of this year to begin a transition, but due to the pandemic, I chose to remain and serve the churches,” he said, adding: “I am convinced it is God’s will; it is time for new leadership.”

Regarding his current role with the convention, Richards expressed only gratitude.

According to the transition plan, Richards would orient his successor for a duration set by the transition team and then serve for a time as assistant to the new executive director.

During his last year with the convention, Richards will help with implementation of the Vision 2021 restructuring of the convention, approved in August and effective Jan. 1, 2021.

“Hopefully,” he said of the coming year, “what we have done during the pandemic is, rather than hunker down, set a platform for the future and transition our convention to a place where it will be able to accomplish more than ever before in serving the churches.”

Quoting biblical expositor Matthew Henry, Richards said to the board, “’God will change hands to show that whatever instruments He uses, He is not tied to any.’” Then in his own words, he added: “God will continue to maintain His cause upon earth and supply every need of His people.”

SBTC President Kie Bowman of Hyde Park Baptist Church in Austin said, “Dr. Jim Richards is one of the most effective leaders I’ve ever known. His consistent, convictional and compassionate approach has helped shape the SBTC into the best state convention in the SBC.”

As he spoke to the board, Richards warned against those who would with “smooth words” clamor for a merger with the Baptist General Convention of Texas (BGCT), saying: “The Southern Baptists of Texas Convention was founded on a bedrock of biblical inerrancy. As a confessional fellowship of churches, we have a standard that will not allow compromise. Do not change who you are!”

Richards said he does not consider his announcement to be a retirement.

“As a preacher of the Gospel, I will never retire,” he said. “I cannot retire from my calling to preach, or from work in the kingdom. … Retirement from the call comes when you see Jesus face to face.”