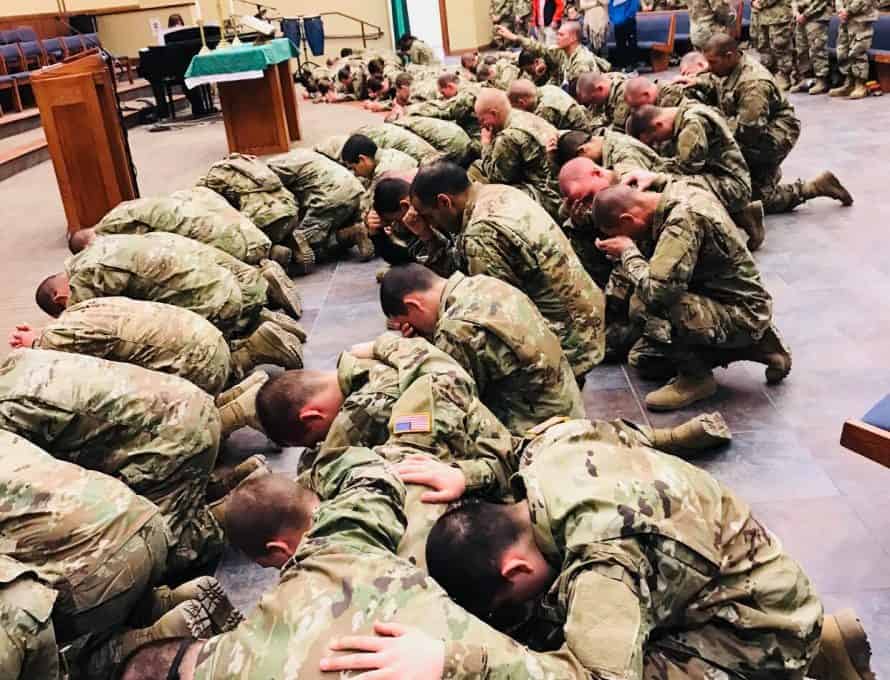 FORT LEONARD WOOD – Soldiers and trainees pray during a chapel service at the Army base here. (Pathway file photo)

FORT LEONARD WOOD – The Fort Leonard Wood Army base here is a hub for military training that sees thousands of new soldiers pass through the gates each year. Army Chaplain Bryan Hensley, a Missouri native and graduate of Midwestern Baptist Theological Seminary, sees it as his mission to sow spiritual seeds in the lives of new soldiers. 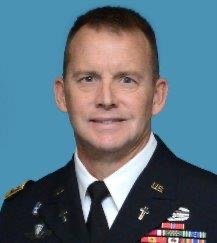 One of the greatest challenges these warriors face, according to Hensley, is the isolation that comes with military life. Having himself served in the Army before entering the Chaplain Corps, Hensley said that at times soldiers are literally fenced off from the outside world. In 2020, COVID-19 has only added to that feeling of isolation.

“All of the normal challenges are still in play. COVID has added a lot of worries and problems, especially for the new soldiers,” Hensley said.

“People need help. It’s not just true in the Army, it’s true everywhere. Our youngest soldiers suffer from a lot of anxiety and emotional issues. They come from all walks of life from all across the country.”

Following a dip connected to COVID, Hensley said chapel attendance is starting to pick back up again. While the results are not always immediate, Hensley believes the Gospel seeds will bear fruit for the duration of the soldiers’ military careers and beyond.

“The rewarding part is getting those glimpses and glimmers of God’s favor in what we do,” he said. “A lot of what we do is sowing seeds.”

While Hensley’s primary assignment is to serve his fellow soldiers, the chaplaincy brings its own stresses. When asked how Missouri Baptists can be praying for him, Hensley requested prayer for his family, his own physical health, and boldness to share the Gospel.

Hensley, who grew up attending First Baptist Church, Bolivar, and as an adult attended Boulevard Baptist Church, Springfield, said that Missouri Baptist churches play a vital role in the future of military chaplaincy. Hensley thanked the churches of the MBC for loving, giving, and laying the foundation for the future of faithful Gospel ministry.

“Our Missouri Baptist churches are raising up the next generation of Gospel ministers,” he said.

“And some of those are going to become military chaplains.

“We really need Gospel messengers who will faithfully preach the Gospel. We want them to come to Jesus.”