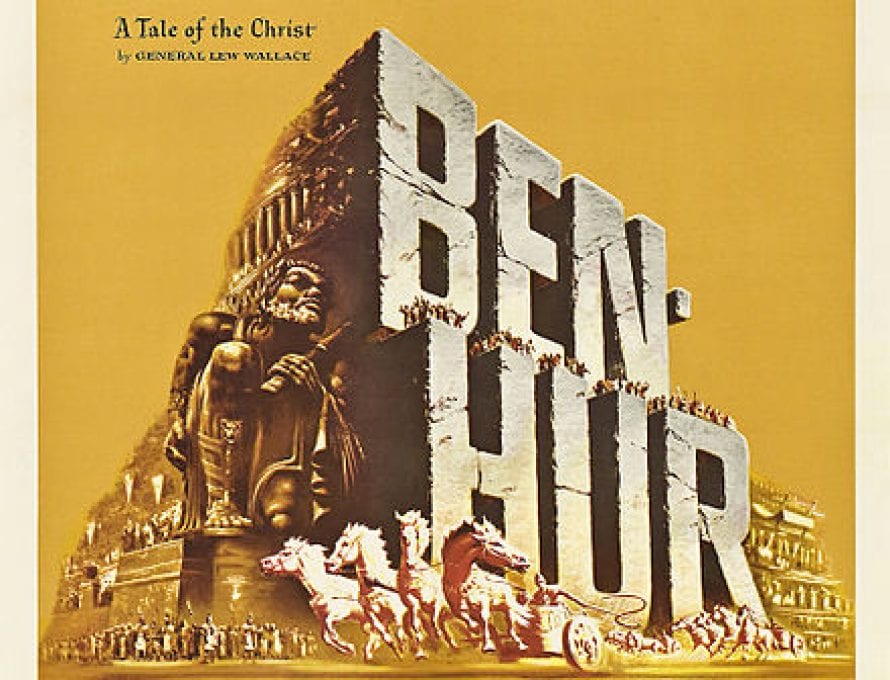 Five years before he was Moses in “The Ten Commandments,” Charlton Heston was Ben-Hur. And if you’ve never seen “Ben-Hur: A Tale of the Christ,” shame on you. Put down The Pathway right now, and either order a used DVD or stream it online. After you’re done watching, you can pick up the paper again and nod thoughtfully in agreement. That opening paragraph may seem like hyperbole, but 1959’s “Ben-Hur” is truly one of the best epics ever filmed. It had the largest movie budget to that time, as well as the largest set.

Judah Ben-Hur (Charleton Heston) is a rich, spoiled Jew living roughly the same time as Jesus. Tensions between the people of Israel and Rome being what they were, Ben-Hur’s friendship with the Roman commander, Messala (Stephen Boyd) is strained. Messala believes in the power and glory of the Roman state. Ben-Hur believes in freedom and the God of his fathers. Ben-Hur is arrested and sentenced to a slave galley before eventually making his way back to Messala to rescue his family. He also has a choice to make: live for forgiveness or vengeance; a choice between earthly might and obedience.

There’s not much truly “biblical” about Ben-Hur, other than the setting and themes. We open with the birth of Christ, but the main plot and characters of Ben-Hur are purely fictional (there’s a reason the subtitle, “A Tale of the Christ” is significantly smaller on the title card than “Ben-Hur”). However, to watch the movie is to get a better understanding of the tensions between the Romans and Jews around the time of Christ (especially when the Romans simply refer to our protagonist by his first name, Judah). It’s easy to see why the Jews were expecting – even craving – a military or political Messiah. It’s also easy to see why God did not give them such a savior.

When Judah Ben-Hur twice encounters Jesus – events most definitely NOT found in the gospels – his reaction is consistent with what theoretically could have happened: he is overwhelmed by Jesus’s forgiveness and compelled to obedience. The audience sees and identifies with Ben-Hur’s longsuffering as well as his unconditional loyalty to his God and his faith. It’s an example of how well-made art can dovetail with and complement Scripture.

Yes, with no reservations.  The nine-minute chariot race is still a technical and special effects marvel. If you watch it and wonder how they faked chariot crashes and a giant hippodrome with thousands of extras, it’s because every second of it was done for real. The results are incredible to watch.

Nothing about the movie was done half-way. It would go on to win that year’s Academy Award for Best Picture, Best Director (William Wyler), Best Actor in a Leading Role (Heston), and Best Actor in a Supporting Role (Hugh Griffith)… along with seven more Oscars. Though the entire cast is superb, this truly is Heston’s movie.

“Ben-Hur” was remade in 2016, but I must admit to you I haven’t seen it. When you have a masterpiece like this available, why would I waste my time on a remake?

Yes. However, at a hefty 3 hours and 32 minutes, it’s a bit beyond the attention span of most kids. An animated version is available for free on Amazon for Prime members, and it clocks in at just 1 hour, 17 minutes. It covers the same plot points and themes, and even brings back Charlton Heston as narrator.