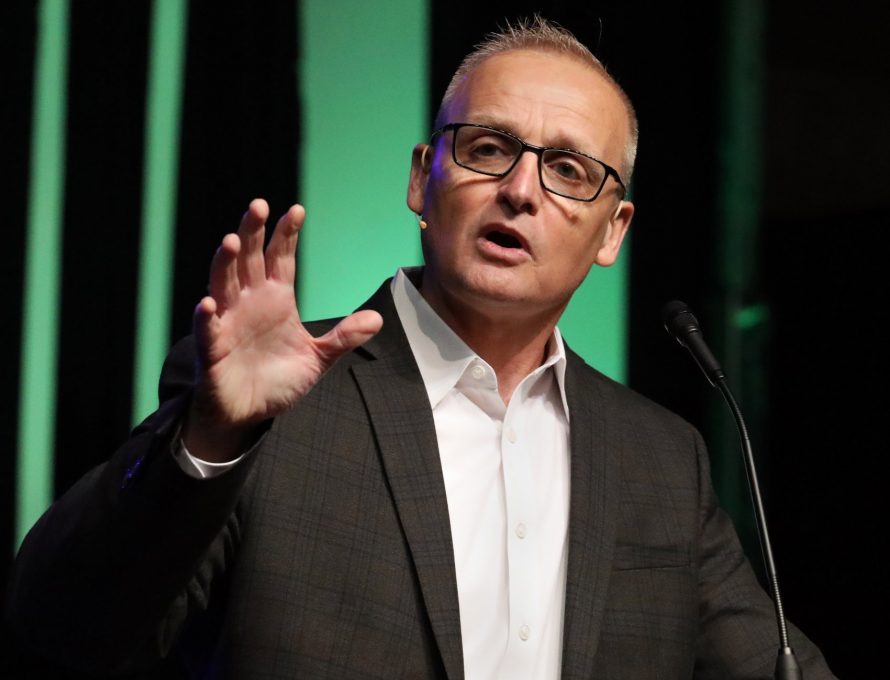 ST. CHARLES – Missouri Baptists were encouraged to persevere in ministry during the Missouri Pastors’ Conference at the St. Charles Convention Center here, Oct. 26.

“Wherever we do in ministry, we have got to stay the course,” said Pastors’ Conference President Richard Clouse, pastor of Carpenter Street Baptist Church, Moberly. The theme for the 2020 conference was “Stay the Course.” 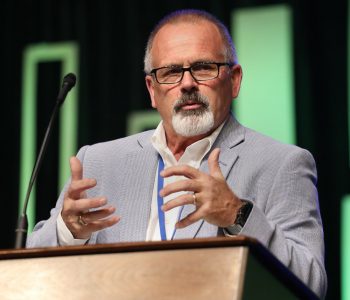 Sessions throughout the morning and early afternoon featured speakers: Doug Munton, pastor of First Baptist Church, O’Fallon, Ill.; Kenny Qualls, pastor of First Baptist Church, Arnold; Julius Wong-Loi-Sing, who formerly served as a pastor in Curacao and as a professor at Moody Bible Institute, but who is now at Hickory Creek Church, Frankfort, Ill.; and Ronnie Floyd, president/CEO of the Southern Baptist Convention (SBC) Executive Committee.

Munton began the conference. Preaching from 2 Timothy 3:10-17, he urged Missouri Baptists to preach the Word by sermon and by example and to persevere in the Word by faith, even amid persecution and despite the efforts of others to deceive. Ministers, he said, should base their ministries on the Word and its benefits.

“God’s Word is the means by which you can have the ministry God has called you to – not your abilities, your cleverness or your talents,” Munton said.

In a message from Lamentations 3:21-24, Qualls encouraged Missouri Baptists to fight discouragement by knowing Jesus as all sufficient. As the prophet Jeremiah did in this passage of Scripture, Christian ministers living amid hardship must turn their “focus on God’s love, God’s care and God’s faithfulness.”

Preaching from 2 Timothy 2:1-7, Wong-Loi-Sing exhorted Missouri Baptists to be strong, to commit the gospel to faithful men and to share together in suffering for the gospel. The power God provides for ministry, he added, is “a present reality” given to Christians by the Holy Spirit.

“The Lord is intimately involved in giving you power and giving you insight,” Wong-Loi-Sing said, and Christians must pass along that power and insight to others so that Christ’s church will thrive.

Floyd called Missouri Baptists to follow God’s call willingly, no matter where He calls them to go or what He calls them to do. Preaching from Colossians 4:17, he urged them to “pay attention to (their) calling,” that they might fulfill it faithfully.

“We are not called by people,” Floyd said. “We are called by God. … He has put us where we are. … You are sovereignly placed where you are by God. …

“This is your life calling,” he added. “Give it your all.”