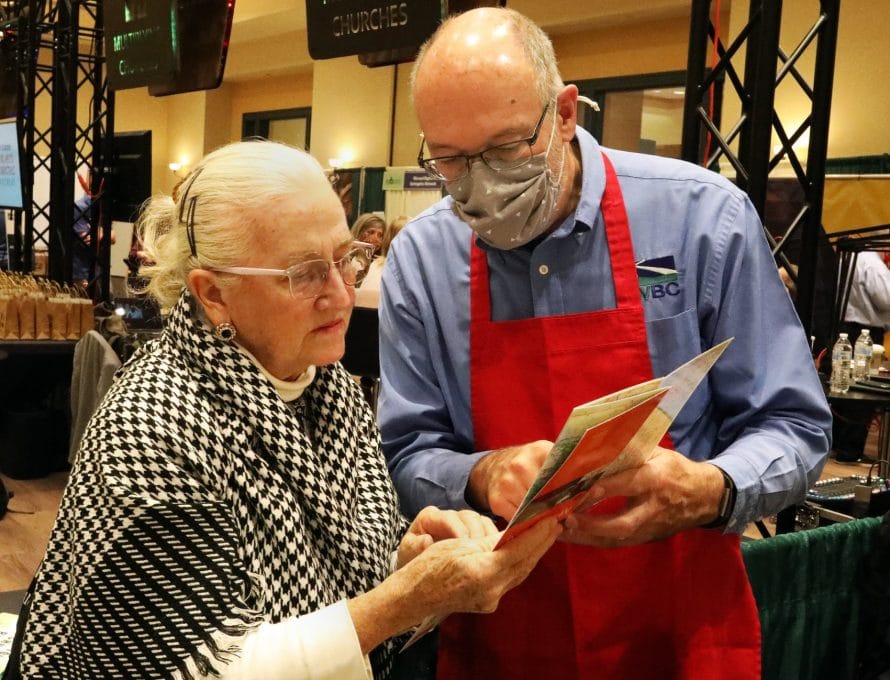 Rick Hedger, MBC Multiplying Churches director said, “I am very thankful for the overwhelming response to the new state- to-state partnership between Missouri and the Montana state convention.  It is intended to be a mutual partnership.  We bless Montana, but Montana blesses Missouri Baptist Churches as well.  Montana churches greatly desire for us to be a team with them to reach their state for Jesus.” 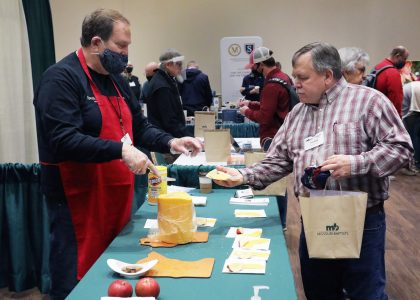 Steve Fowler, missions catalyst for the Yellowstone Southern Baptist Association said Montana is the 4th largest state in the U.S. geographically.  But they have only about a million people spread across the large state.  “And then we think we are over populated,” he laughed.

He said there are 130 SBC churches in Montana.  He welcomes Missouri Baptists to come up on one of four vision tours that will be offered each year through the MBC Multiplying Churches office.

Asked specifically how MBC churches and pastors can help, he said: “Partner with us on Native American work.  There are seven Native American reservations in the state.  We have a church on each of those.  The challenge is to get them to make a unique commitment to Jesus Christ.  Most Indians believe in God, but they just want to add Jesus to their native religious traditions.  It is a challenge to evangelize them.”

Fowler added they can also use help with “pastor-to-pastor and church-to-church” partnerships.  He said, “If you can just pray, send a care package once in a while, get to know the pastors and come up for a mission trip. That would really bless them.”

He also said they have church planters who would love for a Missouri Baptist church to adopt them and their new work.

He said many people have a notion of what Montana is like, but there are several cultures in the state: cowboys and ranching come to mind as well as Native Americans. They also have urban populations in their larger cities such as Billings, Missoula, Great Falls Bozeman, Butte and Helena.  Fowler said the largest growth in their population is coming from people moving to the state from California.

Pastor Lee Merck from Church of the Rockies in Red Lodge, Mont., was at the booth with Fowler, and he said the Montana Baptists sponsor Yellowstone Christian College in Billings.  He is on the board of trustees there, and he said he would be glad to connect Missouri Baptist leaders who would like to do guest lectures on their subjects of expertise at the college while on mission trips to the area.  It is a Christian liberal arts college and is offering Bible degrees to help train future pastors for their churches.  He smiled as he said he would really like to recruit some Missouri athletes for their basketball and cross-country track programs.

Leo Endel and Steve Melvin were handing out slices of Wisconsin cheese and Minnesota apples at the popular Minnesota-Wisconsin Baptist Convention booth.  They welcome MBC churches to continue to come up to their two states for mission trips and to help with their churches and church plants.

Endel said it was “amazing to us to see the response in the last few years.”

He added, “It is a short distance between Missouri and the two states, and Missouri has contributed to a great missions connection.”

He acknowledged “This year most MBC/Minn.-Wisc. mission trips were canceled due to the COVID-19 pandemic.”  But he noted a few brave churches came up anyway.

Some senior ladies from Southside Baptist in Fulton really wanted to reconnect with some young girls in a church in Rochester, Minn., and they sent a team up in the summer to help with a small VBS.

“It meant the world to those little girls,” said Endel who is also the pastor of the Emmanuel Baptist Church, Rochester.

In a Racine, Wisc., church the pastor passed away with diabetic complications this past year.  But in spite of the COVID pandemic the Calvary Baptist Church, Sedalia, came up on their planned mission trip.  “They just wanted to encourage the church,” Endel said.

Hedger said there have been about 65 mission projects coordinated from Missouri Baptist churches to the two-state convention in the three years.  He hopes it