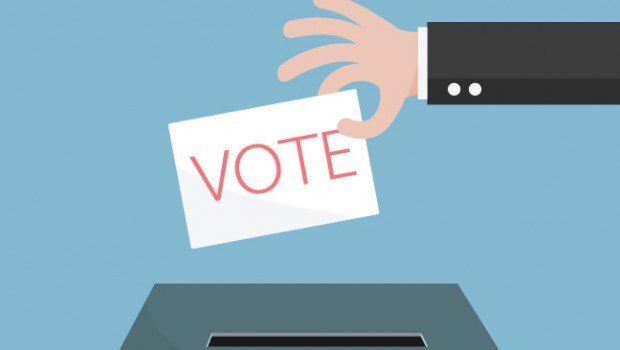 PELL CITY, Ala. (BP) – Like many churches across the U.S., Cropwell Baptist Church hosted thousands of voters on election day as a polling location. The church used the opportunity to be a blessing to its community.

This was the church’s first year to be a polling place, said Jon Glass, Cropwell’s senior pastor.

Just before Glass was called as pastor nearly two years ago, the church voted to become a polling location. There was a need for a larger voting site in their precinct, and the vast majority of church members were excited about the opportunity to serve their community, Glass said. 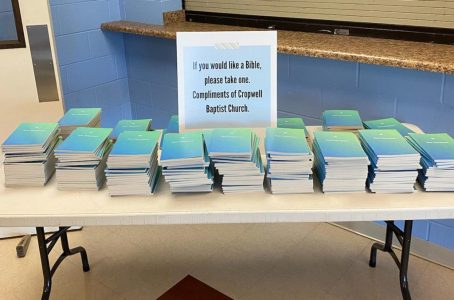 PELL CITY, Ala. – Cropwell Baptist Church, which served as a polling place on election day here, set out 250 Bibles with Gospel tracts inside for voters who wanted one. (BP photo courtesy of Jon Glass)

They came up with some creative ways to serve the people who would come through their doors.

“I said, look, we’re going to have thousands of people come to our facility. Let’s be a blessing however we can,” he said.

Church volunteers handed out bottles of water to voters waiting in line. A church member offered his golf cart to transport people with mobility difficulties so they would not have to stand in the line. And they ordered pizzas for dinner for the poll workers.

The volunteers wore shirts with the church’s name and mission statement and were instructed not to campaign in any way. Their reception has been positive, Glass said.

They also set out copies of the New Testament with a Gospel tract inside on a table for voters to take home if they chose.

During the primary elections in January, the church set out 100 Bibles, and about 70 of them were taken, Glass said. They are expecting a much higher turnout for this election, and have set out 250 copies.

“Our prayer is that at the end of the day, all the Bibles are gone,” he said.

Offering church facilities as a polling place gives a chance to make a positive impact and connect with people who know exactly where your church is located, he said.

“I’ve been out talking to folks,” he said. “I’ve seen a lot of church members in line. It’s a great opportunity. Some church members have introduced me to their neighbors that they’re voting with.

“In some ways I think it’s kind of a no-brainer, if you have the opportunity to do this as a church.”

Glass encouraged other churches to consider participating if they are able.

“The reality is, on Tuesdays our gym sits empty, and folks are going to vote somewhere,” Glass said. “Use whatever opportunity you’ve got to be a blessing in the community.”

This article is by Rebecca Manry, communications specialist for the SBC Executive Committee