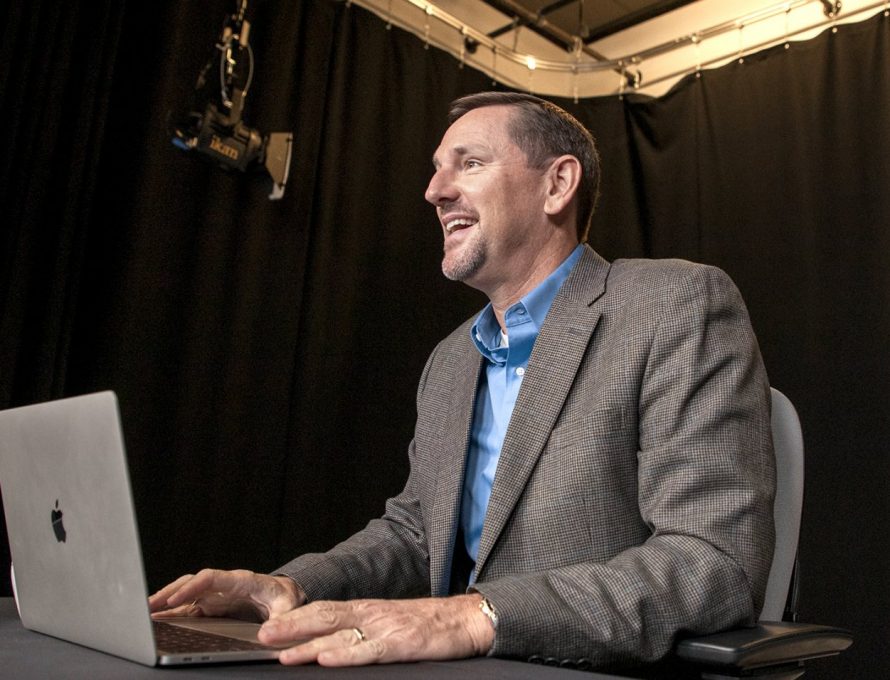 RICHMOND, Va. – IMB President Paul Chitwood greets the organization’s trustees from the IMB’s home office studio during the trustees’ virtual meeting, Sept. 30. The meeting was moved from in-person to virtual as a result of COVID-19 (IMB Photo).

The offering reflects the commitment of Southern Baptist churches to support international missionaries and reach every language, people, tribe and nation with the Gospel. One hundred percent of gifts given to the offering is used for the support of missionaries.

This year’s generous gift is all the more celebrated during a year in which many families worldwide experienced significant loss of income due to COVID-19.

“Everything we thought COVID-19 would take away from us, God gave back – and more – through the Lottie Moon offering and the generosity of the Southern Baptist family,” said Price Jett, IMB vice president of finance, logistics, travel and technology. “God has blessed IMB the past year, just as He has for 175 years. I have to believe He has big plans in store for Southern Baptist missions.”

“The sacrificial gifts offered by faithful Southern Baptists this giving cycle are substantial enough to tip the scales of eternity in favor of the Kingdom,” Wisdom-Martin said. “Names will be written in the Lamb’s Book of Life as a result of what was stewarded well. What a privilege to join God in His redemptive work in the world.”

The Lottie Moon Christmas Offering supports more than 3,500 full-time missionaries and their families.